Before it was a song, “big in Japan” was a mocking description of rock bands that weren’t successful at home in the U.S. or U.K., but were popular in Japan. The Japanese fans were considered a poor consolation prize.

Personally, I’d be happy to big in Japan. I’m certainly thrilled to be big in Scotland, thanks to gorgeous blogger/client Queen Michelle of Kingdom of Style. When the Sunday Mail of Scotland — read by 1.5 million people — interviewed Michelle about her “top shops,” the story was illustrated with a picture of her wearing my swear rings. 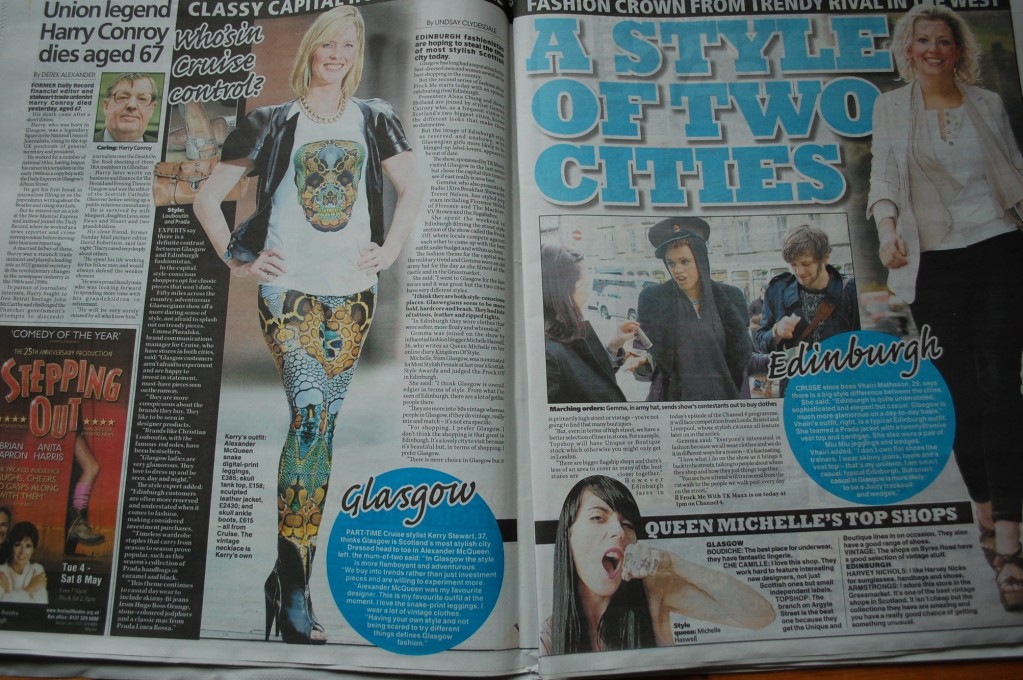 I’m also big in Italy, thanks to my gorgeous husband, MrB, who was interviewed by La Stampa. The silver Freud cufflinks I gave him got another shout-out (they were previously mentioned in a story about MrB in Canada’s National Post). MrB also told gorgeous interviewer Anna Masera that I’m big in New York because my Cleopatra earrings are worn by Samantha in Sex and the City 2.

I know for sure I’m big in New York because a jewelry “designer” is trying to ride on my coattails. Many of my gorgeous blogger friends — offended on my behalf — forwarded me a letter that some publicist chick is sending out. The pitch name-checks me and uses the same screen cap of Samantha that’s been on my blog in order to promote rhinestone snake earrings that look nothing like my work. They look more like something you’d find at Claire’s. Remember, if you’re not ready to spring for my original gold and diamond Cleopatra earrings, you can buy a silver pair for $450 right off the blog. My silver earrings are made one at a time here in New York with my usual attention to quality.

You know who really was big in Japan? The ’70s all-girl rock band The Runaways. Recently, their story got the Hollywood movie treatment. I wanted to like that movie — I did love the music and fashion — but it pulled its punches. 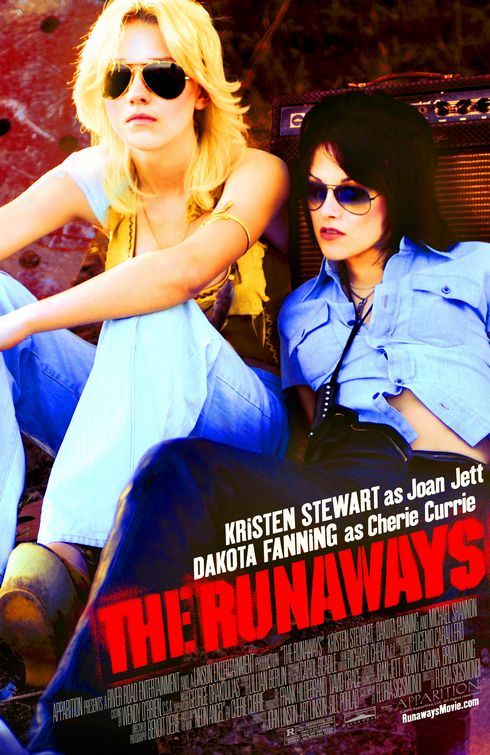 In an early scene, we see underage, future Runaways lead singer Cherie Currie getting pawed by her sister’s boyfriend. Right after, Cherie chops her long hair into a David-Bowie-as-Ziggy-Stardust ‘do. I suspected a sexual assault had been left out, so I got Cherie’s Neon Angel autobiography, which indeed portrays Cherie’s rape by the boyfriend as a formative experience. The haircut was a reaction to the attack: “That day I’d decided that I wasn’t going to be told what to do anymore, and that nobody was going to just take what they wanted from me,” Cherie wrote. “As the pile of hair on the floor grew bigger and bigger, I found myself feeling stronger and stronger.” Damn. Why bother to make a movie about sex, drugs and rock ‘n roll teens if you’re going to soft-pedal the ugly truth? I can’t respect that.

I totally respect the Runaways themselves. Here they are performing their big hit Cherry Bomb — IN JAPAN — in 1977. Cherie is the hard-looking blonde singer stealing guitarist Joan Jett’s spotlight.

Cherie’s pale corset makes me think of the Jean Paul Gaultier corset that Madonna wore in the ’90s. 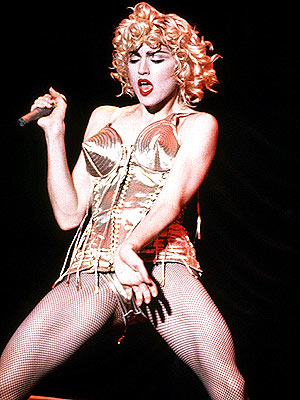 Madonna on her Blonde Ambition tour.

More recently, my goddess Lady Gaga did her version of the look. 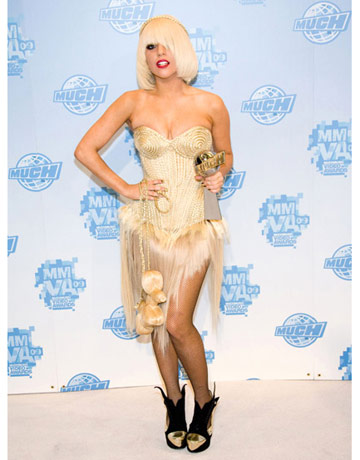 UPDATED TO ADD: What timing! Right after I discovered a PR chick using my name and SATC2 connection to promote her client’s earrings to my blog roll bitches, Christina Binkley of the Wall Street Journal wrote about small designers’ looks being ripped off in a story called The Problem With Being a Trendsetter. I especially relate to scarf designer Elle Sakellis. Her Otrera evil-eye scarves were knocked off by Raj Imports. Kitson, the store that carried Elle’s original scarves, dropped her line to sell the Raj imitator. Elle says, “Everyone always says that imitation is the best form of flattery. But it happened too soon. I’m not Louis Vuitton. It’s not like when someone buys a Raj scarf that they know it’s an Otrera knock-off.”

Fraser Ross, the owner of Kitson, claims carrying the Raj copy is no different from carrying a diffusion line. He says of the higher-priced originals, “I’m always telling these designers, ‘Knock yourself off. They’re knocking you off, so do it yourself.'” However, anyone who has read my Get Smart (About Manufacturing) post knows that it’s not that simple — or inexpensive — to start producing quantity instead of quality. If you haven’t read my old post, check it out now. Follow it up with my Get Smart (About Quality) and Get Smart (About Custom Work) posts. Learn to appreciate good workmanship. And, if you want an evil-eye scarf, please buy the original from Otrera.