More photos from my husband’s surprise party have arrived! Click to enlarge. 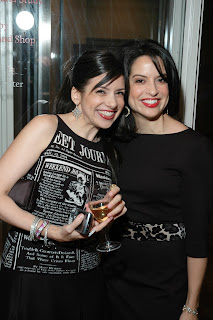 Me with my gorgeous sister, Terri Berry. Seeing us together always overexcites certain men. They say, “Sisters?!” with an ambitious glint in their eyes.

Everyone was asking me where I got the Wall Street Journal top I was wearing that night, so here’s the story. About five years ago, we were having dinner with friends at Pastis when I noticed a woman wearing this top. I was extremely amused since this was obviously not a licensed product and I forced Paul to go over and say hi to her. She gave him the name of the Long Island boutique where she got it, and the next day I called and bought the last one.

I later wore it to a Wall Street Journal party, and a few of the WSJ women got quite excited. One enterprising journalist called the Long Island store, which told her that they were out of tops but could reorder from the Chinese factory if they got an order of at least a dozen. Someone put a sign-up sheet on the ladies’ room and everyone signed up and got their tops.

I was the only one who remembered to wear mine to the retirement party! 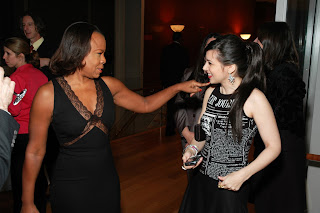 Wall Street Journal fashion goddess Teri Agins gave me the finger after realizing she should have worn her special WSJ top. 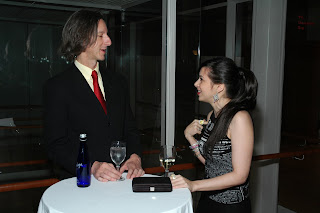 Then I gave myself the finger while talking to extremely tall comedian (and our emcee for the evening) Andy Borowitz. 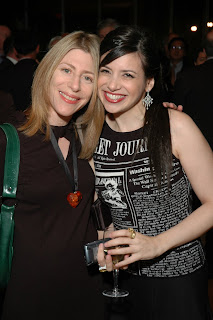 My gorgeous friend Alix won a Pulitzer Prize in 1996. You know what I was doing in 1996? A whole lot of nothing important, that’s what. 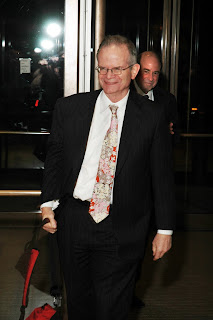 The man in back of Paul is Peter, who had the stressful assignment of getting Paul to the party. 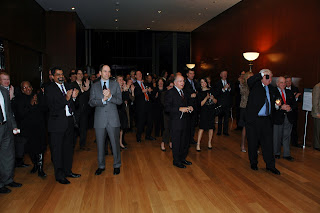 What Paul saw when he came in. 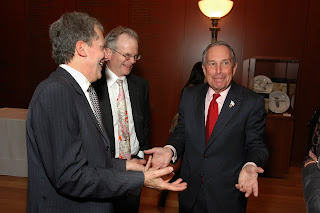 The mayor entertains Paul and our friend Arthur. 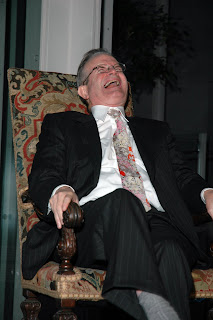 We had Paul sit on the stage in a big chair. Andy Borowitz made him laugh. 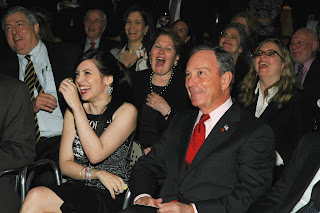 Andy made us laugh too.