At the beginning of February, I was saying to other activists that no one would take the failures of the American social contract seriously until we disrupted commerce.  It’s all about the money here.  (And petty inconvenience. People do hate a traffic jam.)  Then it was like someone flipped the switch, Drake-style.

One day, I was looking for resistance groups who would be up for a peaceful protest to interfere with business as usual, and the next day, I was like, “Oh lawd, it’s comin’ and it’s not coming in peace.” 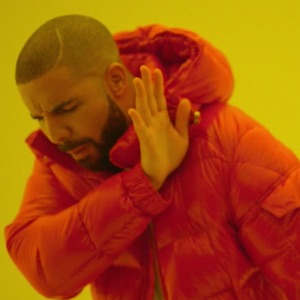 Not what I was looking for.

That was on February 24, when Italy locked down 11 northern towns in an attempt to contain the spread of a novel coronavirus, and I realized the entire world was probably going to be disrupted, unless governments took swift and decisive action. Italy did not take that action; it took two more weeks to quarantine the whole country. Now the health care system can’t keep up and doctors are triaging people to treat the ones most likely to live. South Korea, Singapore, and Hong Kong did much better, rapidly developing and deploying tests for the virus now known as COVID-19, and aggressively tracing all exposures to limit the outbreak. South Korea is up to testing 10,000 people a day through drive-through clinics.

In the U.S., we haven’t tested 10,000 people in total. (Updated testing numbers can be be found on the COVID-19 Tracker website.) We don’t have the test kits — unless you’re an athlete. Part of the problem is that in 2018, Trump ousted the government officials who would have led the response to a pandemic. That same year, the Centers for Disease Control and Prevention came to the end of its funding for its global disease prevention programs in places China, where COVID-19 apparently started. And another part of the problem is us, the electorate: We’re the ones who voted into office an unqualified, undignified, incompetent, bigoted, blowhard reality-TV star with no real leadership qualities, instead of a woman who was criticized for being “overprepared.” (Don’t bother reacting with “not all of us voted for him”; I certainly didn’t vote for him and I’m still including myself in “us.” We failed as a society.)

I remember a guy — a well-off white guy with employer-provided insurance — saying to me shortly before the 2016 election that he thought there was a 50% chance that Trump would be a better-than-expected president, and a 50% chance that he’d be so bad it would take the “whole system down.” I said, “You can say that because you don’t think anything will hurt you.” And, privately, I wondered, what system is he talking about? Does he want no laws at all? Every man for himself? Unbridled capitalism where he thinks he’s going to make so much money that he won’t need to use government-funded roads or bridges, or breathe clean air and drink clean water? Call me crazy, but it seems to me that people will be making a lot less money in the era of the coronavirus. The stock market is in freefall, sports seasons and festivals are cancelled; Broadway, the Metropolitan Museum of Art, and Disneyland are closed; travel is limited; schools are closed; stores are closed; and so on. The truth is we didn’t have much of a “system” to take down, and Trump undermined what was left of it. Our institutions have been dismantled and the private sector is proving to be no substitute. As the subhed of a New Republic article by Alex Pareene says, “Conservatives won their war on Big Government. Their prize is a pandemic.”

Anyway, because I’m following guidelines for social distancing (I think a better term to use would be “shelter in place” because all Americans understand that instruction for mass shootings), I suppose I will get back to blogging. I’ve been so preoccupied with the state of the world for the past couple of months that my posts are the sparsest they’ve been since I started the blog in 2007. And, just like I get satisfaction from wearing the same dress for 10 years, I take a little pride in the endurance of this blog. Expect to see a lot of #ThrowbackThursday-worthy posts on non-Thursdays because I have some catching up to do.

Remember, if you feel sick …

You might also like
A Note About Hurricane Sandy
Shopping My Closet for the Hot Emmys Color Combo
It's Election Day, Betches!
Previous Post: « We Coulda Had a Bad Bitch, Presidential!
Next Post: Take Off Your Rings and Wash Your Hands »