MrB was the chairman of CPJ for a number of years, and he and I are still very passionate about the cause. More so than ever, probably, as we see attacks on journalists — and facts in general — proliferate in the U.S. It’s not something that happens only in other countries now; the Constitution that I counted on for protection has been undermined by propaganda. Much of that propaganda has come from Fox News, which was launched in 1996 and deliberately engineered by Nixon ally Roger Ailes to promote GOP talking points rather than truth. As the Washington Post reported in 2011:

“A memo entitled ‘A Plan for Putting the GOP on TV News,’ buried in the the Nixon library details a plan between Ailes and the White House to bring pro-administration stories to television networks around the country. It reads: ‘Today television news is watched more often than people read newspapers, than people listen to the radio, than people read or gather any other form of communication. The reason: People are lazy. With television you just sit—watch—listen. The thinking is done for you.'”

Ailes’s propaganda channel is on my mind because the host of CPJ’s dinner was Fox anchor Shep Smith, who was with the network from its start — playing the role of the lone voice of reason — until he quit this fall, signing off from his show one last time by saying “the facts will win the day.” At first, I wasn’t that pleased to see him on stage, because so what if there is one ethical person in an unethical place? If you put a perfect apple into a barrel of rotten ones, you haven’t cured the rot. However, I do believe people should have the opportunity to make amends, and Smith’s personal donation of $500,000 to CPJ that night struck me as a decent beginning. But he’ll have to keep it up, because half a million dollars isn’t sufficient reparation for two decades of participation in a brainwashing project. Think about making it an annual gift, Shep!

Anyway, time for the 2019 honorees who were Patrícia Campos Mello of Brazil …

… and Maxence Melo Mubyazi of Tanzania.

All of the videos above are short and I urge you to watch them to see what kind of personal, physical risks these journalists endure in order to tell the truth.

In addition to the main awards, the special Gwen Ifill Press Freedom Award, which recognizes a whole career, was presented to Zaffar Abbas, the editor of Dawn, Pakistan’s leading newspaper. And the evening started with a standing ovation for Pulitzer-Prize-winning Reuters journalists Wa Lone and Kyaw Soe Oo, who were released this year after spending more than 500 days behind bars in Myanmar for their reporting. CPJ had helped fight for their release. Unfortunately, there are always journalists behind bars, and this year, CPJ collected messages of support for 2012 awardee Azimjon Askarov of Kyrgyzstan, which will be delivered to him in prison.

CLICK HERE TO SEND A MESSAGE OF SUPPORT TO AZIMJON YOURSELF.

I always try to look my best for CPJ’s dinner, and if something worked once, why shouldn’t it work again? I wore the same dress AND shoes that I wore to the Press Freedom Awards in 2013. 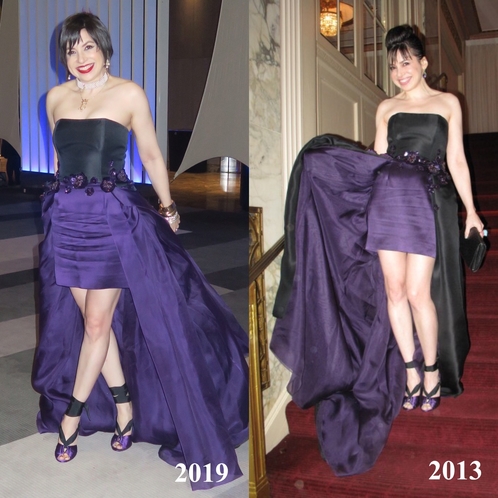 Next time I wear this dress, I’ll try to take a photo before I sit and get rumpled. Whatevs — I still love it enough to twirl. 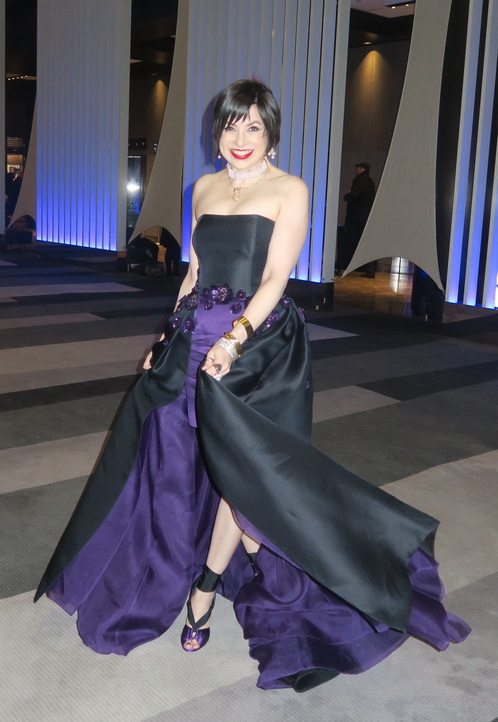 Here are the outfit details. 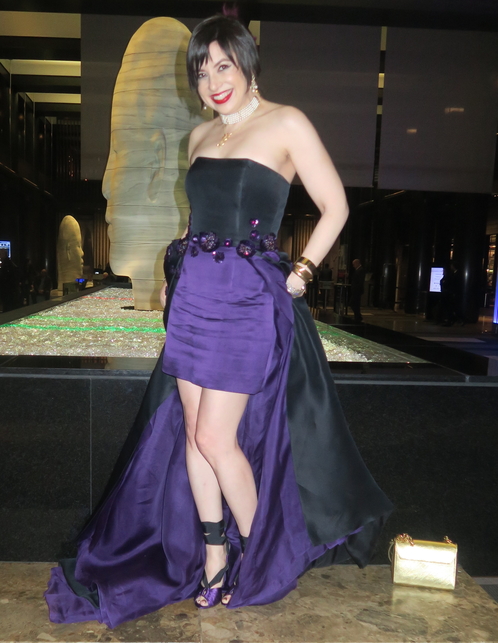 I hadn’t had my friend Julie give me a crazy updo for an event in a while, and I decided to get back into the statement hair. We were able to shop my closet for that too, because, years ago, Julie gave me the dyed hairpieces she saved from an early 1990s Chanel couture show. The late, great stylist Oribe colored the hair to exactly match Karl Lagerfeld’s designs. 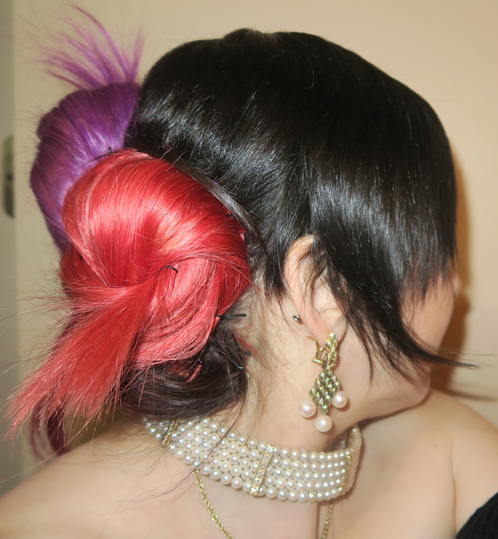 It’s a challenge to get the perfect picture of an updo that looks quite normal in the front but has a lot going on in the back. Hmmm … I really DO like all interpretations of mullets. 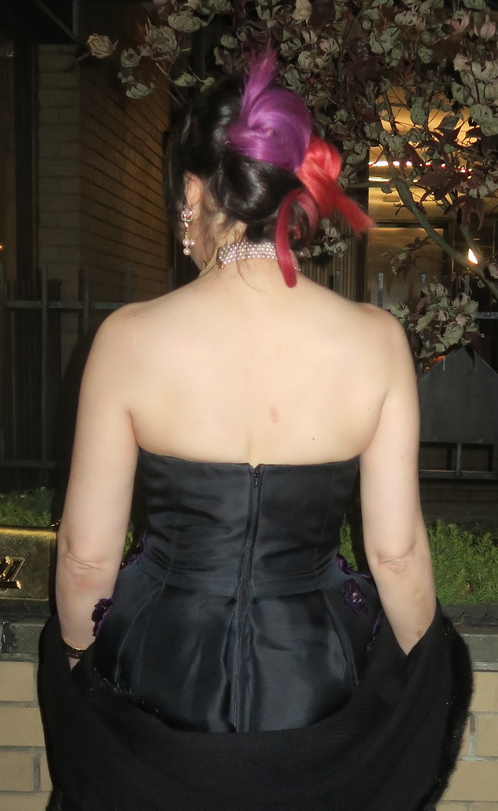 Maybe getting back to glamour should be one of my resolutions for 2020.