La MaMa Experimental Theatre Club celebrated the centennial of its founder, Ellen Stewart, at a fundraiser for its 58th season recently. Stewart was a dress designer when she started La MaMa in 1961 — no experience in theater whatsoever — but she became an icon of the performing arts in New York. I feel like there should be a dozen biographies of her available, but apparently Stewart “resisted attempts to have the story of La MaMa written until five years before her death” in 2011, at age 91. Ellen Stewart Presents: Fifty Years of La MaMa Experimental Theatre by Cindy Rosenthal tells the history of La MaMa through the theater’s performance posters, which is an unusual angle, but “unusual” and La MaMa are a good match.

You can also find a few clips of Stewart on YouTube, including this 1979 interview conducted by my friend Barbaralee Diamonstein-Spielvogel.

I’m loving Barbaralee’s look in that video! I was at the La MaMa event because of Barbaralee — she was being honored for her contributions to La MaMa, alongside press agent Sam Rudy and composer Philip Glass. Glass performed a musical tribute to Stewart with frequent collaborator Laurie Anderson that I felt very fortunate to see.

I was determined to wear a vintage Ceil Chapman dress that — as I noted in a 2011 post — is almost too delicate to leave the house. 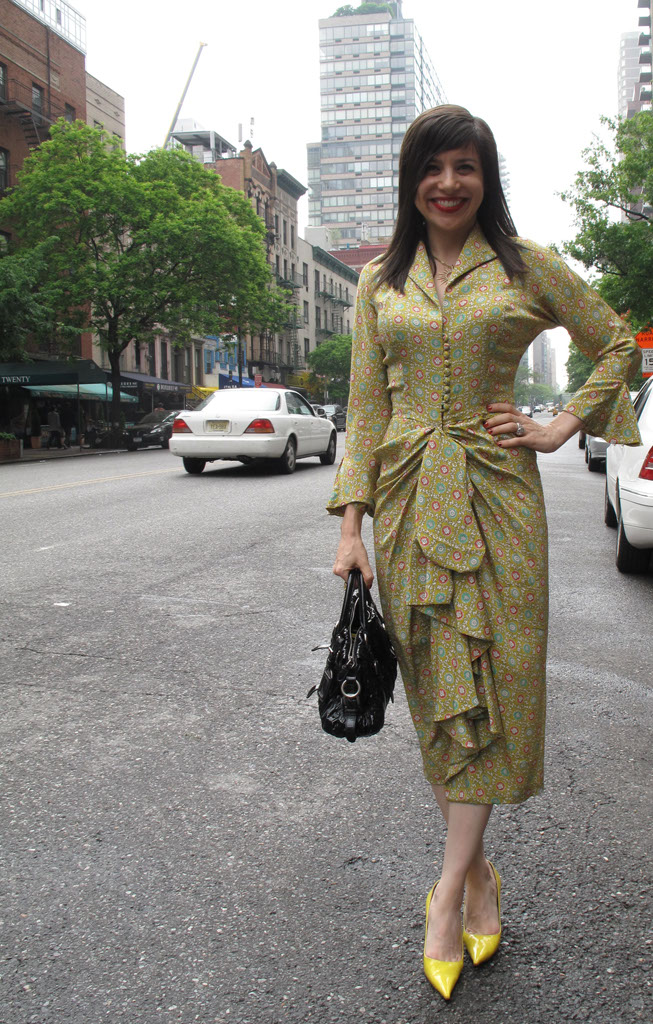 I don’t think I’d worn the dress since that post, but I wore it twice this October. The first time was about a week before the La MaMa event. I didn’t get to take an outfit photo that night, and I was determined to get a picture of this vintage piece. Hence the La MaMa outing. Check out this photo … I’m wearing the same shoes I wore in the 2011 photo: Slow fashion for a centennial! 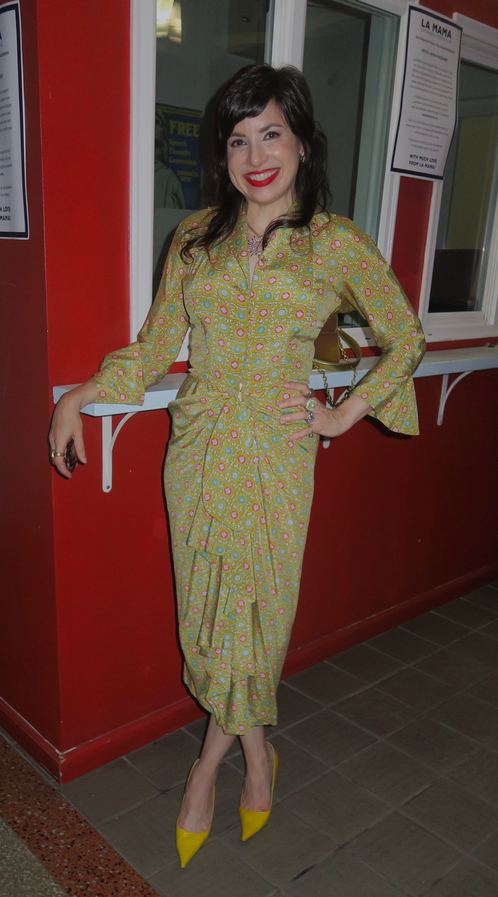 Sure enough, at the La MaMa dinner, a dress seam opened up — the problem I mentioned in my 2011 post — because the silk is that fragile. I was confident that it was time to donate this dress to a museum where the amazing construction and print could be studied and appreciated, but I told a few people and they were like, “No! It’s too amazing! Wear it until it disintegrates on your body!” I thought, “This dress IS that special. That’s why I wore it for a photo to go with an essay for Marie Claire in 2008.” 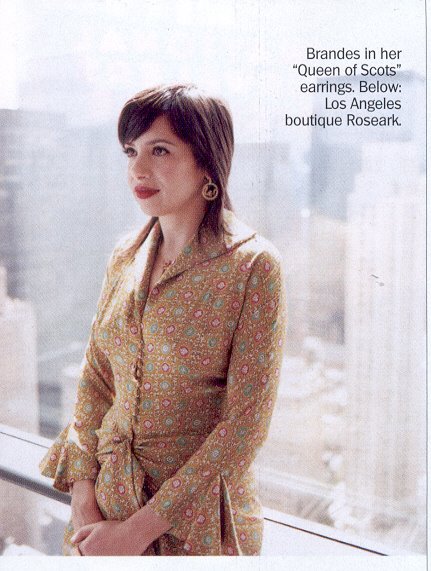 On the other hand, it’s my body that’s going to be falling out of said dress. Thoughts? Let the dress go to a good home or aim to wear it for a couple of hours once in a rare while?

You might also like
What Wendy Wore: Southpaw Premiere
Fashion Repeats Itself: Trompe L'oeil Zippers
Tuesday's the Day: Nobody Is Above the Law
Previous Post: « Throwback Thursday: Purrkoy for Meowloween
Next Post: The Week in Review »