Madonna was at the Brooklyn Academy of Music this month with her “Madame X” tour, and of course I was there — twice! I’ve never missed one of her tours, and I do like to catch two performances per tour. You can find out more about my decades of fandom from the YouTube video I did in honor of Madonna’s 60th birthday last year.

I didn’t take an outfit photo for the October 1 show, but here’s what I wore to the October 5 show.

I wore the same t-shirt and wrist warmers to Madonna’s 2015 show. You know I like to keep things consistent. 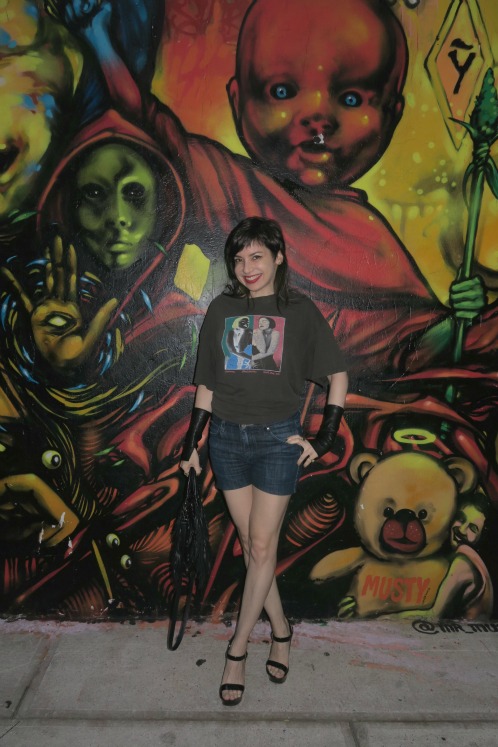 Speaking of consistency, I also wore the original 1980s heart-locket earring (just like Madonna’s!) that I always wear to her shows.

One thing that was different this time was that we had to lock up our phones. It made sense, considering we were in a small theater and not a stadium, but I do miss having the awesome photos I would have been able to take from my orchestra seat at the second show. I’m somewhat consoled by the fact that after my first show — during which I sat in the last row of the mezzanine — I came across the stage door on the way to the subway. Behold the shrouded figure barely paying any mind to the shrieking fans: I promise you that is Madonna.

The shrouded figure is @madonna heading home after her #madamex show at BAM. You’ll just have to believe me! 😹 #Madonna #madonnainbrooklyn #madamexatbam #madamextour❌ #stagedoor

I can’t really blame her for making a beeline for her car. I’m not sure I’d want to make small talk with screaming people after a hard day of work either!