Gladiator sandals really are the shoe of the moment. After writing about them in yesterday’s post, I spotted them in today’s New York Observer. 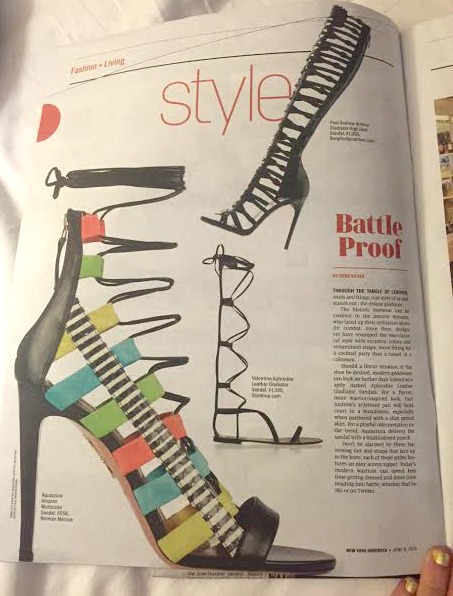 This look is going to be wildly overdone this season, but I’m going to take advantage of its pervasiveness and stock up on styles so I have them to wear when the gladiators disappear from stores again. After all, I spent 30 years longing for a new version of the sandals I loved to death in 1985. 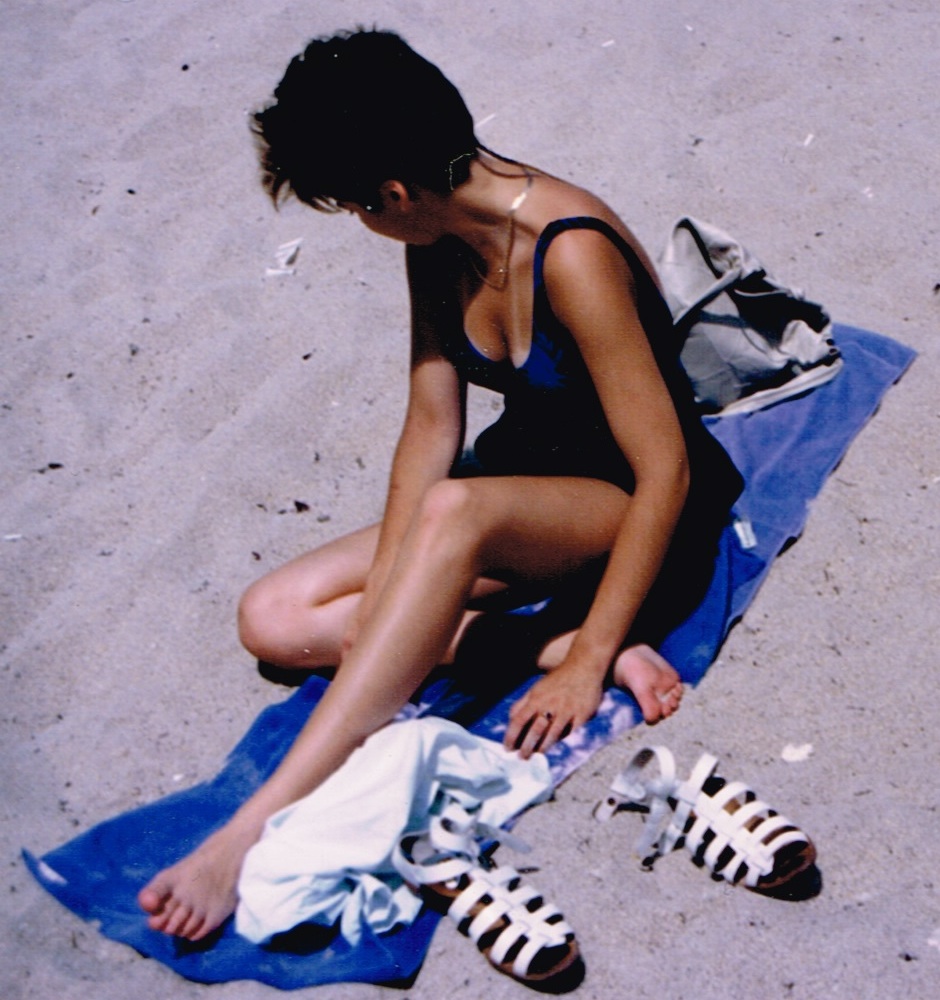 Speaking of yesterday’s post and shoes, I can’t believe I forgot to include this photo of the way our fritters were served at Jaleo at the Cosmopolitan hotel in Vegas. 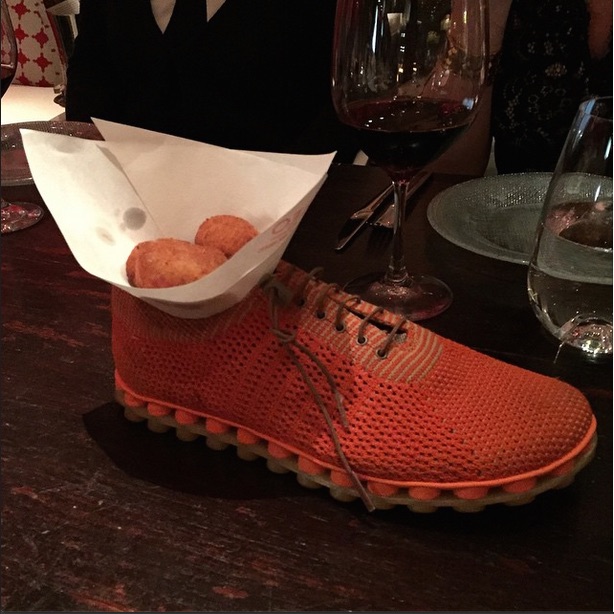 I couldn’t bring myself to eat anything out of this shoe, especially after I touched it and confirmed that it wasn’t some decorative faux-shoe centerpiece but an actual sneaker. (We did consider ordering more fritters to see if we’d get the left sneaker so we’d have a proper pair.) The Cosmopolitan has advertised that it offers “Just the Right Amount of Wrong” but I’d say Jaleo has exceeded its host and gone boldly into “wrong amount of wrong” territory here.

On my way home from Vegas, I read June’s Elle and came across these white lace boots by Altuzarra. 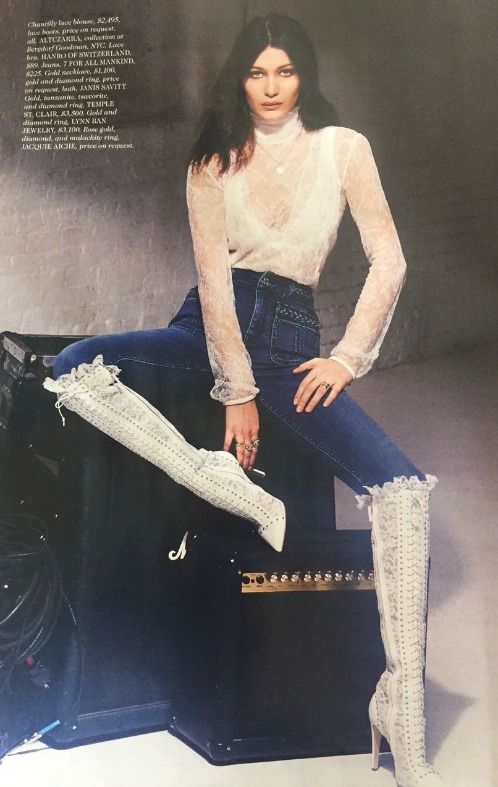 From Elle’s “Nick of Time” feature.

My reaction is best illustrated by the last frame of this cat meme. 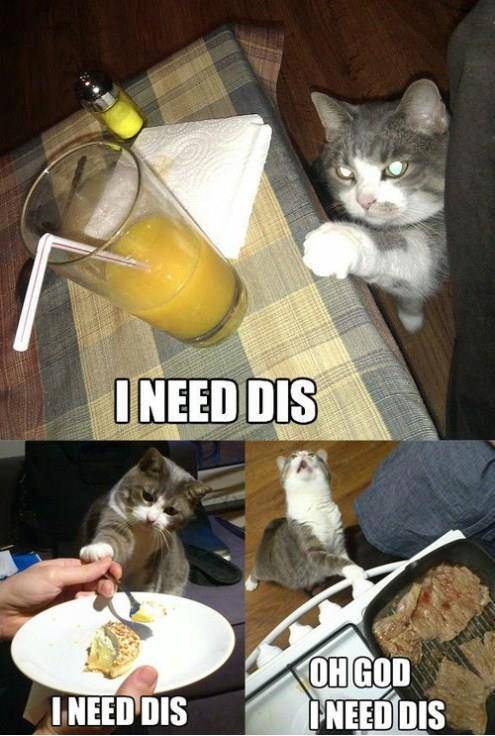 Like gladiator sandals, lace-up boots (and lace) were MAYJAH in the 1980s, with Madonna repping both. I previously wrote about the look here, mentioning the then-very-hot Peter Fox brand. These Altuzarras look soooo Peter Fox to me. The only pair of Foxes I owned looked more like this, though mine were leather and suede and had a lower heel. 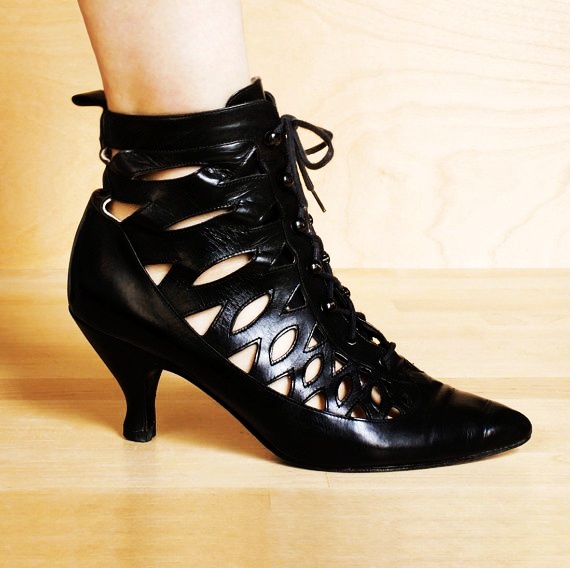 In my last bit of shoe news, my father, GeorgeB, called me yesterday from his Apple Watch. I was his first watch call! But I told him I wasn’t going to be impressed until he called me from a shoe phone like the one used in the 1960s television show Get Smart. 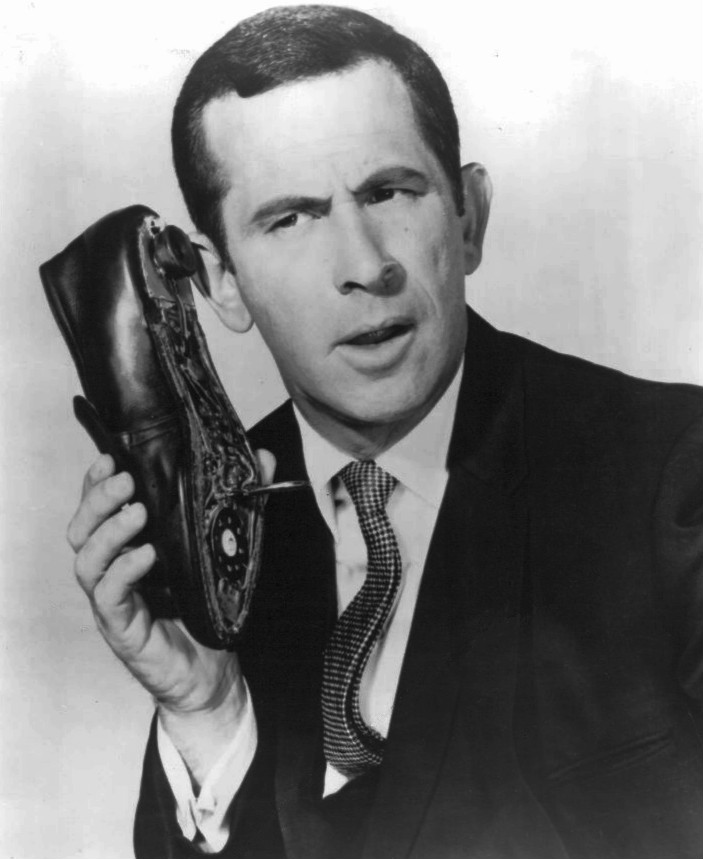 Don Adams as Agent Maxwell Smart in Get Smart. Click for a clip.

Thanks, Dad! I’ll call you back on a gladiator sandal ASAP!