Congrats to 76-year-old fashion influencer Judith Boyd, aka the Style Crone, for this wonderful feature on CBS Denver!

I’ve known Judith since 2010 through blogging and, just this year, I developed an entire brand campaign around her called “Immortal Style.” I’ve been rolling out all the images on the blog for weeks. 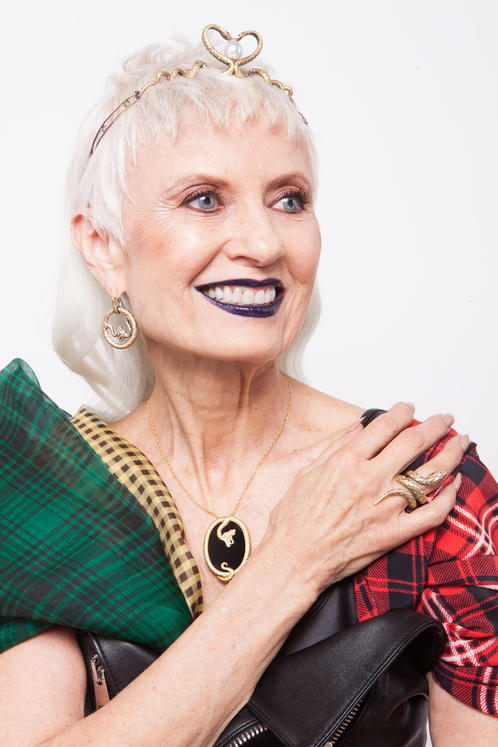 I’m beyond thrilled that allll the Judith photos appeared in the CBS Denver story! Plus a shot of this blog! I’ve said this to Judith before but now I feel like I need to remind her: Judith, when you’re walking the couture shows in Paris, don’t forget the little people — try to get me a standing-room ticket!

It’s worth your while to check out the CBS Denver clip and see Judith walking and talking and wearing her fabulous hats. That perfect posture is from yoga, in case you need some inspiration.