I was MIA on the blog this week because I was recovering from a minimally invasive embolization procedure to treat fibroids. For those who don’t know, fibroids are benign tumors of the uterus. Most people with a uterus have fibroids at some point in their lives, but not everyone experiences symptoms like pain and excessive bleeding that interfere with day-to-day life and require treatment. Women who do seek treatment are often told their only option is a hysterectomy, an open surgery in which the entire uterus is removed. According to an article from the University of Michigan:

“Hysterectomy is the second most common surgery performed on reproductive-age women in the U.S., after cesarean section. More than 400,000 hysterectomies are performed in the U.S. each year with nearly 68 percent done for benign conditions that involve abnormal uterine bleeding, uterine fibroids and endometriosis.”

There are a variety of ways to deal with fibroids before you need to part with a body part. That said, there are so many different ways that fibroids can affect different individuals, that a hysterectomy is still the best option for some. But I think people deserve more information than is often available in order to make the right choice for them. If you follow my personal Instagram, you might have seen me post about this in Instagram Stories last weekend, and I got a lot of insight into other people’s experiences in return. I’ll be sharing more of that soon, and getting really specific about my own story. I had a tough time making a treatment decision beyond “watchful waiting” for, oh, 20 years, because I didn’t encounter a lot of people with exactly my symptoms to compare myself to, so I want to put it all out there in case it helps someone else. 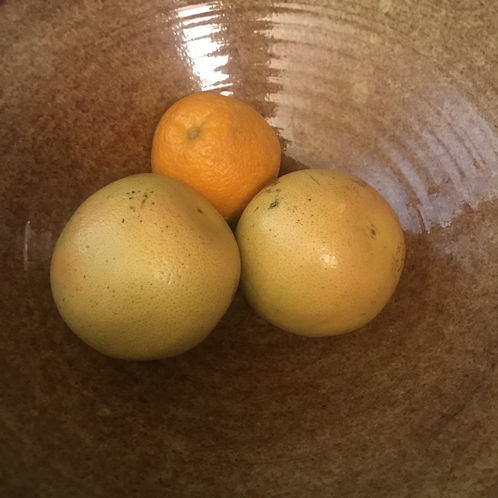 Not actual fibroids, just fruit in a bowl.

Here they are against me and the oversize Madonna concert t-shirt that I haven’t changed out of in an embarrassingly long time. 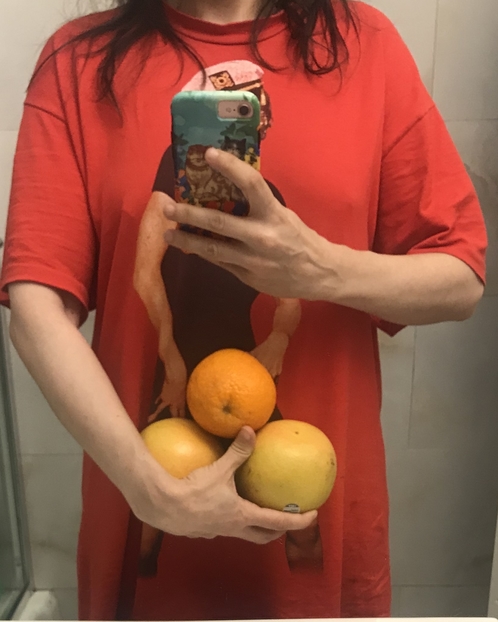 Nope, I don’t know how those fit inside me either!

You might also like
The New "All Jewelry, All the Time" Blog
Wednesday's Video: My Moschino Collection
Wednesday's Video: Career Advice for Disruptive Times
Previous Post: « Going Wide With Frame Jeans and Diane Keaton
Next Post: Met Gala 2019: Preview From Bitter, Party of One »