Coachella kicked off the music-festival season last weekend, which means its time for dozens — or possibly hundreds — of music-festival-fashion stories.

I was out there in Indio, Calif., and, as I mentioned on my personal Instagram, I enjoyed checking out what other people were wearing, even though I didn’t emulate the sex-ay looks.

I also kept my jewelry to a minimum for practical reasons.

I stuck to the shorts-and-t-shirt look that I wore at Coachella in 2016. Here is Saturday’s variation on the theme. 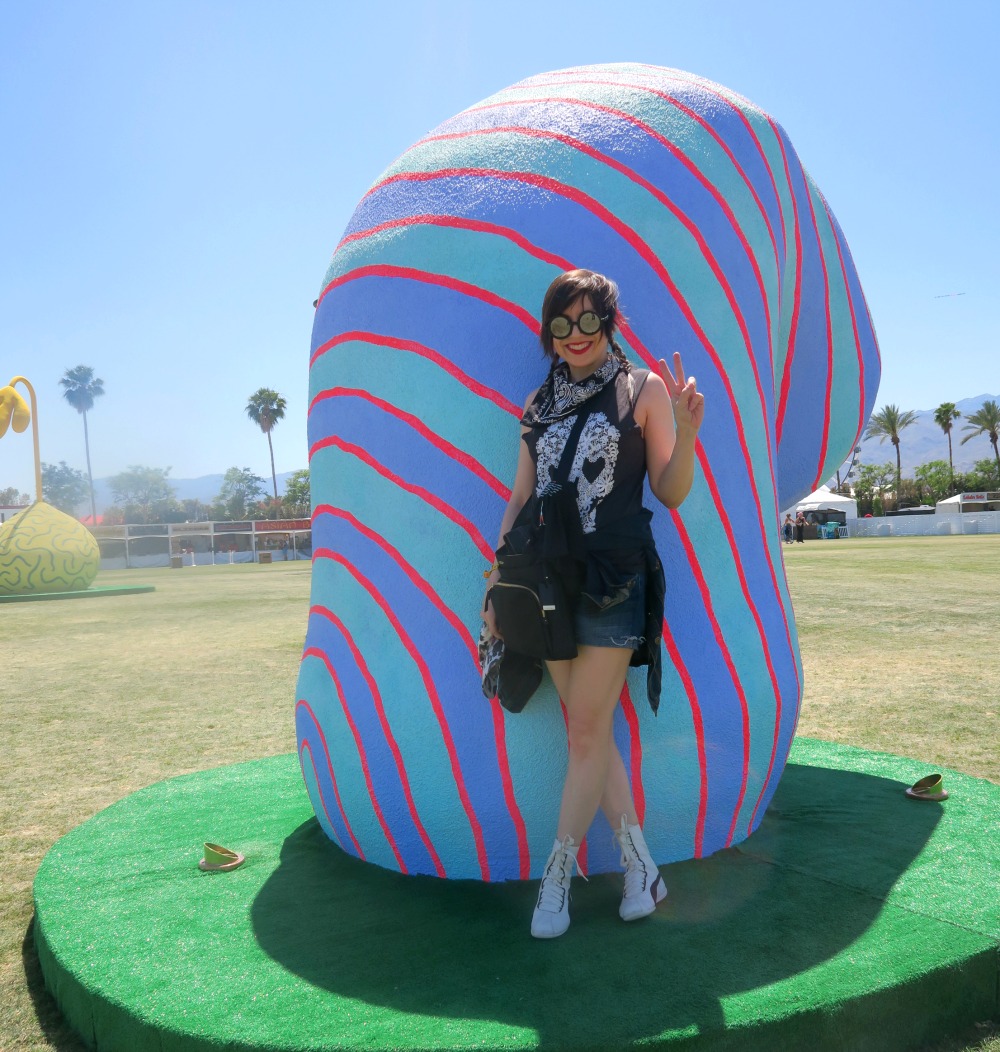 If you’re going to the second weekend of Coachella, I recommend high-top sneakers or ankle-high boots. Indio is in the desert and you walk through grit and dust — especially in the parking lots — which doesn’t feel very nice when it gets in between your toes. I do see plenty of people wearing sandals, but I don’t know how they do it. I wouldn’t be able to take the discomfort! Last year, I wore a low-top sneaker one day and that was miserable enough. Speaking of dust, bring a bandana to cover your nose and mouth.

Come back to the blog soon for my post on the performers I saw!