Damn, girl! The day before hitting the stage with Coldplay at the Super Bowl, Beyonce released a surprise single and video called “Formation.” She outdid herself with this Hurricane-Katrina-referring tribute to black pride and black power. 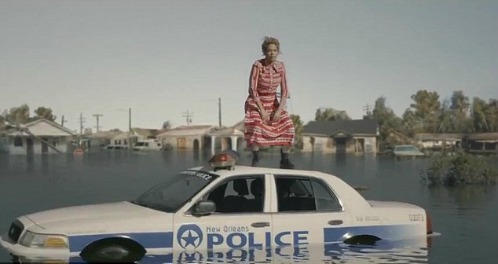 She is the biggest star in the world, standing on a drowning police car in New Orleans in the midst of the #blacklivesmatter movement.

this! this! THISSSS! #Formation pic.twitter.com/lZTAVstmwC

If you haven’t seen the video yet, watch it now … because, according to ET, Beoynce will be performing this tomorrow, and you’ll need to know all the words and dance moves by then.

It’s time for an anti-Valentine’s Day jewelry suggestion for my Jewels of the Month countdown, so I’m going with the fierce design that best represents my happy, initial response to “Formation.” 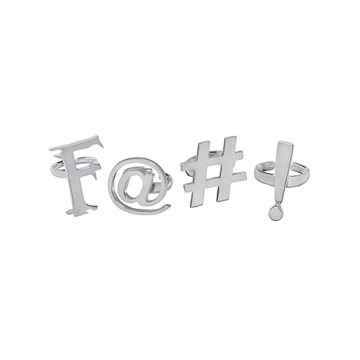 The ORIGINAL swear rings. Sterling silver. Click to purchase the four-ring set for $380.

(If you don’t know the whole story of my much-copied swear rings, catch up here.) 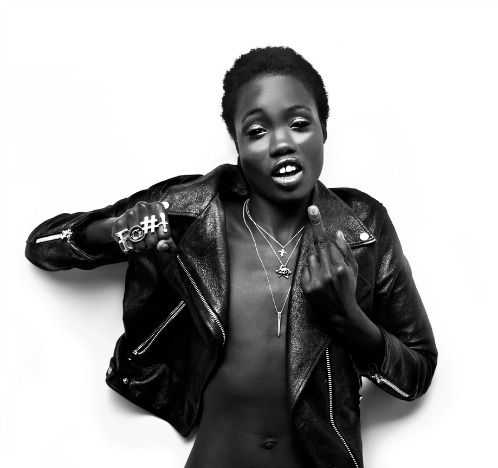 Put two middle fingers up if you agree!

How much do you love the new @beyonce video? We love it a lot! #formation #middlefinger #middlefingersup #beyonce #slay #hotsauce #tidal

The only loser today is Red Lobster, who should have had a big win with Beyonce’s bad-ass line, “When he fuck me good I take his ass to Red Lobster, cause I slay.” Not a peep from Red Lobster on Twitter! DAFUQ? I mean, Arby’s was all over Pharrell’s hat in 2014. Ad agency McCann, cast as a villain in Mad Men, made the most of that opportunity, displaying a great sense of humor. In 2013, Oreo won corporate twitter with a tweet pegged to the post-Beyonce-halftime blackout at the Super Bowl. WAKE UP, RED LOBSTER! The rest of Twitter isn’t sleeping, at least. My favorite responses include John Legend’s now-awkward childhood memories and epic side-eye via a Nicki Minaj gif. If Red Lobster needs to hire someone, this person has good ideas!