Both pairs are made out of leather, so it’s probably more accurate to call them “thong sandals” than “high-heel flip flops,” which implies rubber. However, I’m going to go with Emilia’s first impression, because the patent leather of the Simon Miller pair as well as the placement of its heel really does have a flip-floppy look. And that gives me a thrill because I remember the late-1990s/early-2000s kitten-heel flip flops made famous by riches-to-rags shoe brand Sigerson Morrison.

The rise and fall of Sigerson Morrison is a story that’s seared into the business-oriented side of my mind. The cult brand got what small-business owners often think they want and need: An outside investor to fund expansion. But it frequently happens that that investment is the beginning of the end, because the money guys (and they are usually guys) fail to understand the je ne sais quoi that made them want to buy the business in the first place. After they’re done fighting with the founders about cheapening and broadening the product, there’s often nothing left that’s worthwhile.

I discussed the challenges of investors in a YouTube video in December. If you missed it, check it out now to benefit from my hard-earned wisdom!

I’m always on the lookout for stories like this, because even I — a former business-news journalist and investment-bank employee, as well as a perpetual skeptic about dudes who think money is the answer to everything — have moments when I think a big budget would be a guarantee of success. I need to remind myself that for every high-flier like makeup brand Glossier (which grew out of Emily Weiss’s OG makeup blog! Dang!), there is a beauty company like Julep that reaches the heights of private-equity firm investment and plummets into bankruptcy.

For an insightful and personal look at this challenging part of running a business, read Tavi Gevinson‘s final editor’s note for her online magazine, Rookie. Tavi, like Emily Weiss (and me!) was a part of blogging’s heyday. She started her blog, The Style Rookie, when she was a pre-teen, and her wise-beyond-her-years analysis of fashion ultimately made her a favorite front-row guest at the highest-of-high-end designer runway shows. (I, on the other hand, responsibly told her to ask her parents for permission when she first asked to follow me in the way we bloggers did back then.) 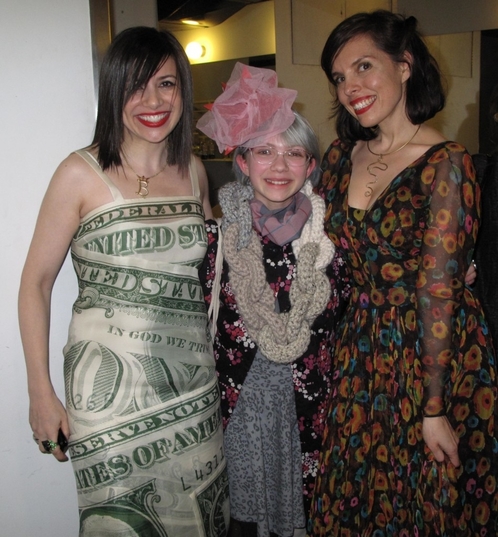 Old-school bloggers WendyB, Tavi, and Jennine of The Coveted in 2010.

In 2011, when she was 15, Tavi grew out of personal blogging and created Rookie, a smart publication for teenage girls that launched the careers of other writers and editors. When she shut Rookie down last year, she wrote a detailed account of what led to that moment, explaining:

“In one way, this is not my decision, because digital media has become an increasingly difficult business, and Rookie in its current form is no longer financially sustainable. And in another way, it is my decision —to not do the things that might make it financially sustainable, like selling it to new owners, taking money from investors, or asking readers for donations or subscriptions. And in yet another way, it doesn’t feel like I’m deciding not to do all that, because I have explored all of these options, and am unable to proceed with any of them. My resistance was confusing and painful to discover, and is at odds with how much Rookie means to me and how badly I would like to see it grow and evolve. It almost doesn’t feel like it should be up to me, because it has such a full life of its own, and is so connected to the lives of others.”

It seems Tavi is still more self-aware than people more than twice her age. If you’re a small-business owner, I highly recommend reading this to the end.

Tavi now acts and writes. She also does a kick-ass impersonation of peculiar-voiced fraudster Elizabeth Holmes of Theranos infamy — which is yet another story about bad business, though in this case it was the investors who were taken for a ride.

Meanwhile, I plod along — forever the tortoise, rather than the hare, of the blogging world. I began blogging in July 2007 to promote my small jewelry company (and because my blogging friend Jennine told me I left such long comments on her blog that I should really just start my own). Almost 12 years later, I’m still blogging to promote my small jewelry company. Of course, I’m doing it while extracting life lessons from high-heel flip flops, which does show growth: In 2007, I was all about these shoes. 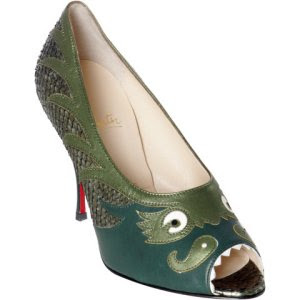 Click for my posts about this strange Louboutin shoes.

You see? I have progressed from an interest in shoes inspired by fish, to an analysis of shoes one might wear around the pool. If that ain’t evolution, what is?