I remember the surprise party we had for my father’s 50th birthday like it was yesterday, but it was in 1989. I had recently turned 21 and I thought, “Wow, this age is a lifetime away for me.” 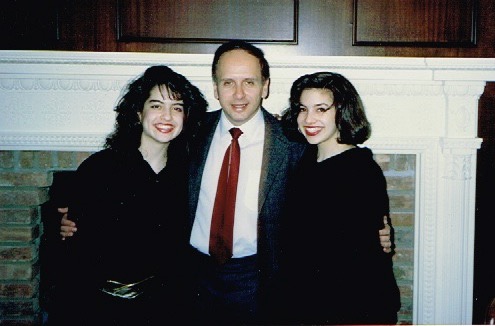 I mentioned that thought last December to my longtime hair guru Keith Carpenter, who said, “Well, a lifetime has passed.” And I was like …

Shout-out to Keith for always knowing how to make me feel better!

The Bea Arthur gif above reminds me that her Golden Girls co-star, Rue McClanahan, was only 51 when she started playing a Florida retiree on that show.

Seriously, though, my attitude about age and life in general is weirdly in sync with that of 87-year-old jazz musician Sonny Rollins. The iconic saxophone player — who has played his last note due to health issues — did an interview with New York Magazine in which he reflected upon the meaning of it all. I could quote so much of his wisdom but I’ll just highlight this one that ends the story:

“I’m still trying to make amends for some of my early life when I did a lot of ignorant things. But hey, that’s what life is: You mess up, and you try to become aware.”

I’ll have more to say in my next YouTube video, in which I will also reveal my closet full of age-defying tricks!

Nah, I’m kidding: Those tricks are top secret. I will have a new video on Wednesday though. If you haven’t already subscribed to my YouTube channel, do it now, so you don’t miss out.

You might also like
What Wendy Wore: New Year's Eves Through 2021
Wednesday's Video: Welcome to My Fall/Winter 2018 Look!
What Wendy Wore: Devo "Energy Dome" for Halloween
Previous Post: « Wendy Brandes Jewelry in the Press
Next Post: The Week in Review »