Margaret Hayes, the president and chief executive of Fashion Group International, died last week at age 79. FGI is a nonprofit organization for the fashion industry; as its website explains, the group’s mission “is to be the pre-eminent authority on the business of fashion and design and to help its members become more effective in their careers.” And Margaret — as the head of FGI since 1994 — had a personal hand in helping so many of us designers.

Among other things, FGI hosts the annual Rising Star Awards to introduce “the next generation of innovative professionals and future CEOs.” As I’ve said before, awards don’t mean you’re going to be great success. But any creative work includes constant rejection, so the feeling of validation an emerging designer gets from some kind of industry recognition can be an invaluable morale boost. Of course, entering your work and not getting an award can have the opposite effect, but Margaret was always there to tell designers, “Don’t give up.” She’d encourage everyone to keep entering their work, assuring us that she’d seen it again and again — that a newcomer would gain traction after a few years. That’s what she told me in 2011 when I made it to the final round but didn’t win in the fine jewelry category. 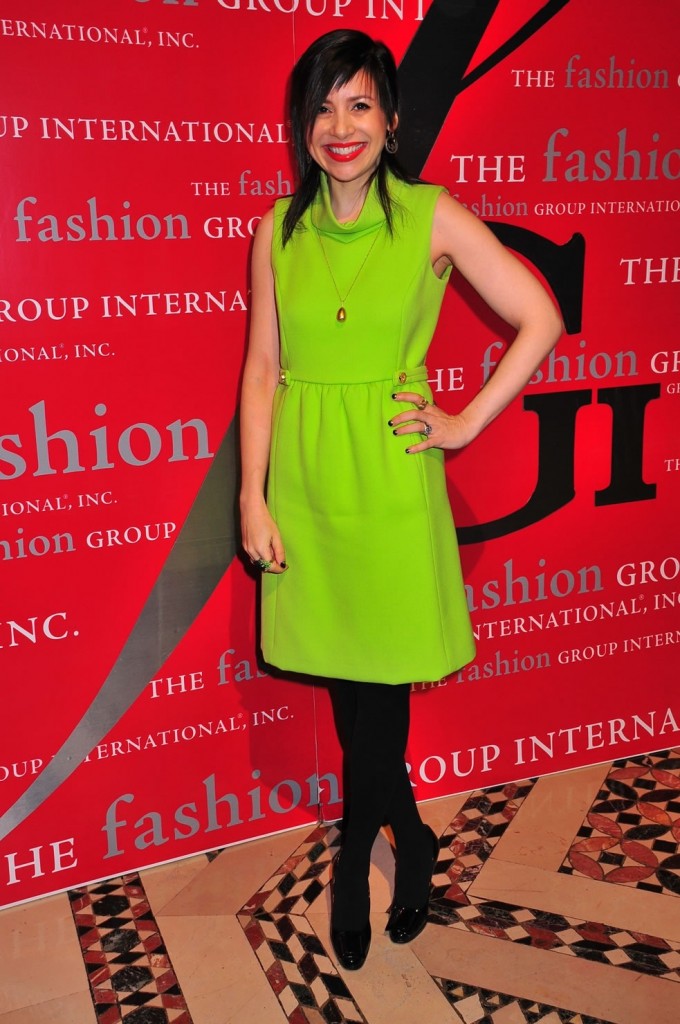 I listened to Margaret and wound up winning the award in 2012 … while wearing a dress designed by my friend Stacy Lomman, a nominee in the womenswear category that year, which felt like a nice little bonus. (Fashionista noted that I “thanked fellow Rising Star nominee Stacy Lomman for the futuristic, hip-detailed sheath dress she wore to the awards.”) 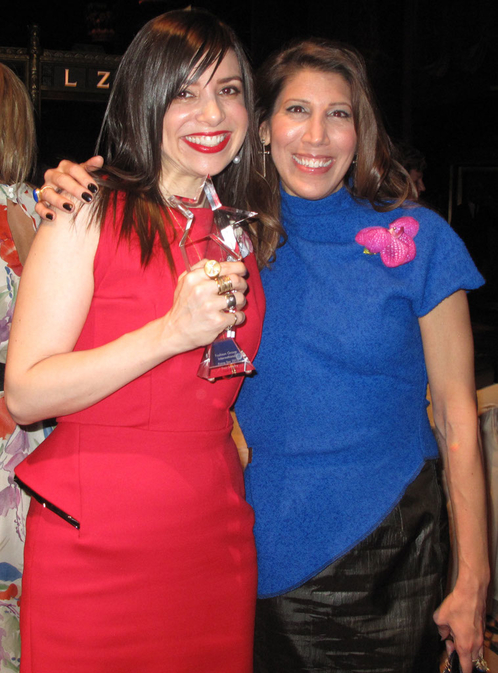 Holding my award, with Stacy by my side. It was Stacy who first told me about FGI.

I expect a lot of Rising Star winners hope, deep down, to eventually win an award from the Council of Fashion Designers of America. While Rising Star is for the up-and-coming, CFDA is for the “damn, you’ve made it!” designers. (Then when you’re a supernova in the industry, you come back to FGI to be celebrated at its Night of Stars gala.) In 2013, when I was on a panel with other Rising Star winners, I wrote that Margaret ended the evening by telling “us panelists that when we go on to win our CFDA awards, our acceptance speeches should include a shout-out to FGI for giving us our first-ever nationally recognized awards.” I don’t know if my future holds a CFDA award in it, but if it does, you can be sure I’ll remember to thank not just FGI, but Margaret Hayes — FGI’s heart and soul.