In June, MrB and I visited three cities in Europe. MrB was giving speeches and/or participating in panels everywhere, and I went along for the ride!

Paris was first. When MrB wasn’t busy, we walked around by the Eiffel Tower, because I can never take too many pictures of that. 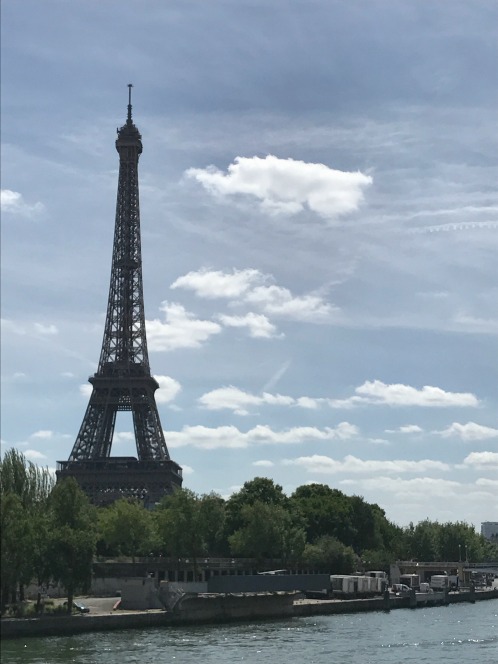 On our way there, we came across this tribute to Princess Diana, which gave me a jolt. 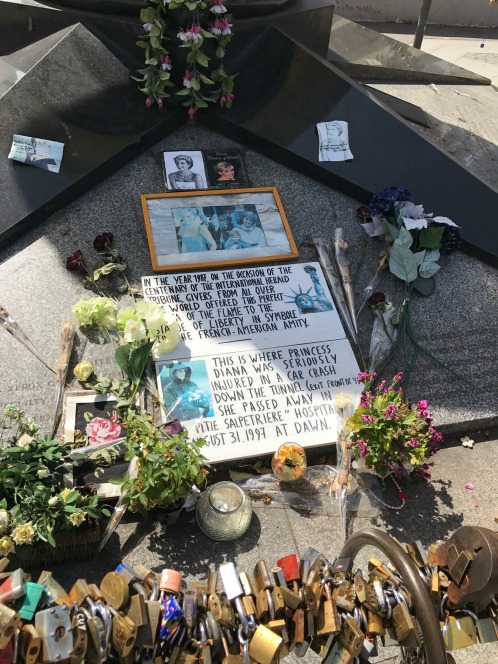 I don’t think I’ve seen this kind of memorial in this spot before. Maybe it was inspired by the then-pending 20th anniversary of her death on August 31. Or maybe I missed the shrine on other visits to the area. I remember being glued to the television that night in 1997. At first everyone was so sure she was going to be okay; it was so horrible to find out she had died. That’s why I lowkey hated this August New York Times article about younger people not knowing or caring about Diana. She had her issues, like we all do, but she did do something that many, many people weren’t brave enough to do. You should know about it.

On a happier note, I went to “Medusa, bijoux et tabous” (“Medusa, jewellery and taboos”), an exhibit at Musée d’Art moderne de la Ville de Paris that runs through the beginning of November. If you’re a jewelry person in Paris this fall, it’s a must-see. Over 400 pieces of jewelry  — from prehistoric to 21st century — are displayed. Weirdly, I took more pictures of the explanatory text than anything else because it was like someone had read my mind and put my jewelry-related thoughts on the wall. This first paragraph of the description on the museum’s website (bold emphasis is theirs) was part of the wall text:

“Just like the face of Medusa in Greek mythology, a piece of jewellery attracts and troubles the person who designs it, looks at it or wears it. While it is one of the most ancient and universal forms of human expression, jewellery has an ambiguous status, mid-way between fashion and sculpture, and is rarely considered to be a work of art. Indeed, it is often perceived as too close to the body, too feminine, precious, ornamental or primitive. But it is thanks to avant-garde artists and contemporary designers that it has been reinvented, transformed and detached from its own traditions.”

The exhibit pointed out that the way we think about jewelry now — as frivolous decoration for women — is not the way jewelry has always been perceived. 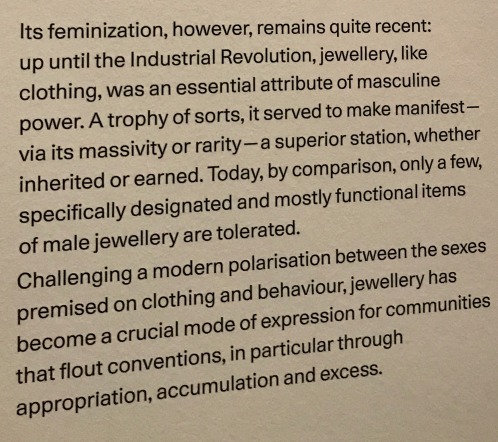 I can hardly describe how much I appreciated this. I’ve always thought of my more complex jewelry designs as wearable art, and I’ve repeatedly said that I want to make this art museum-worthy. 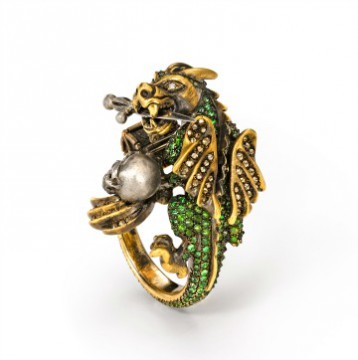 My Dragon and Knight Maneater ring.

A lot of people get that, especially after they see my work in person, but there are other people who are dismissive of the whole medium. That’s why I still feel like if I could have gathered this whole exhibit in my arms and kissed it, I would have.  Actually, the Salvador Dali lip brooch that’s on the exhibit poster was there in person. I could have totally made out with this exhibit! (Only with its full and enthusiastic consent, of course.) 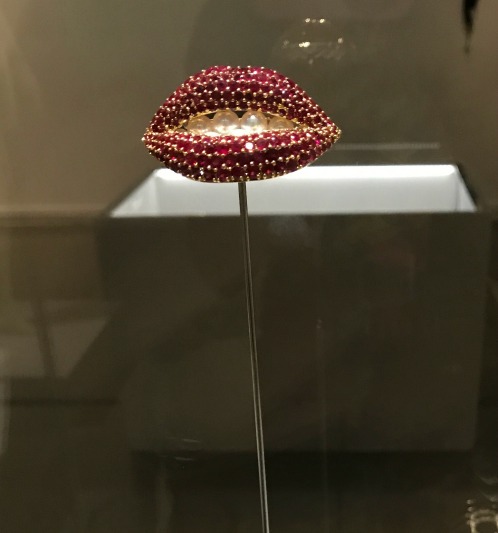 Another excellent exhibit ended earlier this month. The Picasso museum focused on Olga Picasso, the painter’s first wife. It explored the different ways she inspired Picasso and delved into her personal story as well.  I’m nosy and would like to learn even more about her.

We were only in Paris a few days. On our last night, we met up with friends for dinner, and I already did a “then and now” post on that outfit. Check it out here. And come back tomorrow for our other two cities!