The ancient Celts believed that the boundaries between our world and the spirit world were more easily crossed on the festival day now known as Halloween. That’s why I chose this date to help Gigi the dog make her transition. 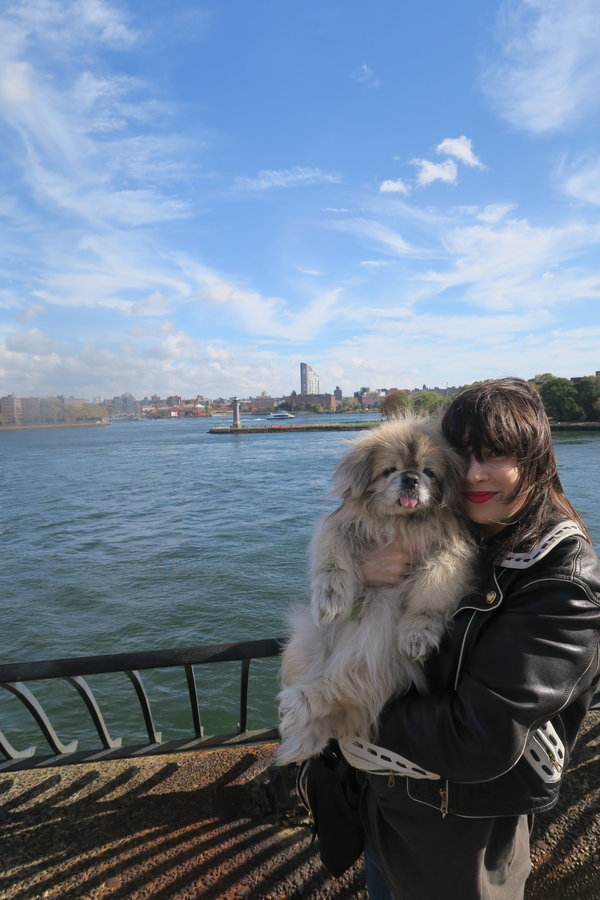 I felt that at Gigi’s advanced age of 16, she deserved an especially easy journey. To send her off in style, we threw her a combination bon voyage and belated-16th-birthday party. 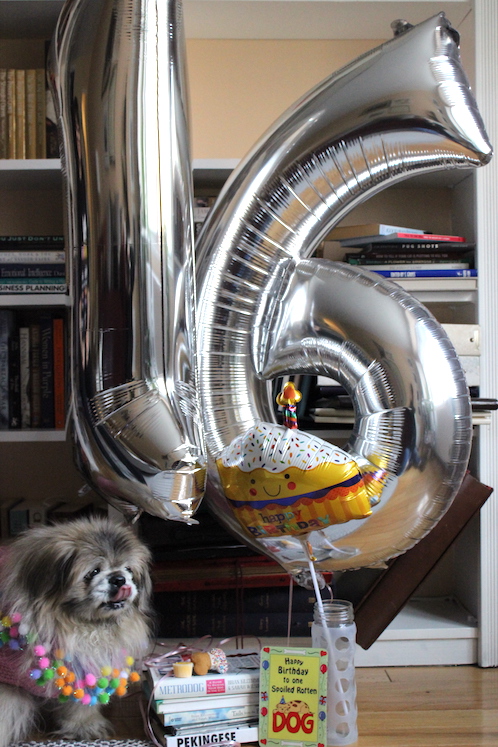 Thank you to Dr. Jennifer Chaitman for coming over so that Gigi could spend her final moments in her furever home. Thank you also to Robin, the vet tech who administered subcutaneous fluids that kept Gigi’s kidney disease under control this year. Thanks to Gigi’s Aunt Shawn and Aunt Stacy, who were dog sitters par excellence since 2003 and 2012, respectively. And, finally, thanks to Aunt Eryn for the balloons and the beautiful photos she took this week. 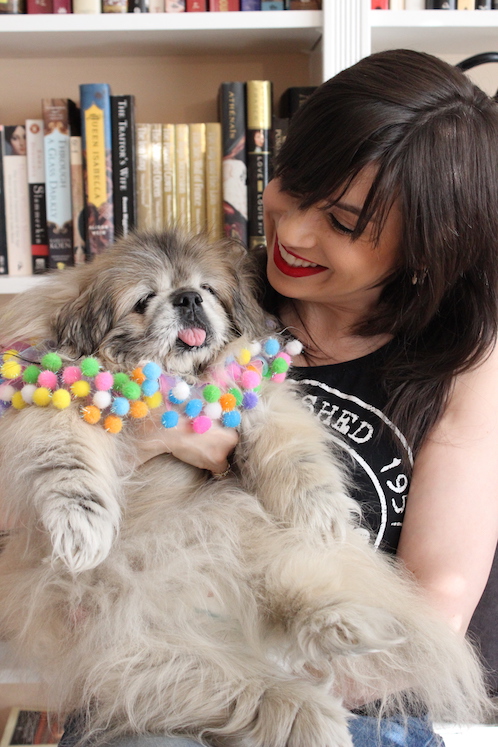 Gigi spent her last week eating whatever people food she wanted, including bison, Swiss cheese, bacon, turkey, roast beef, and a new favorite — tuna salad. She also visited the park and walked with more spring in her step than than she had in long time. 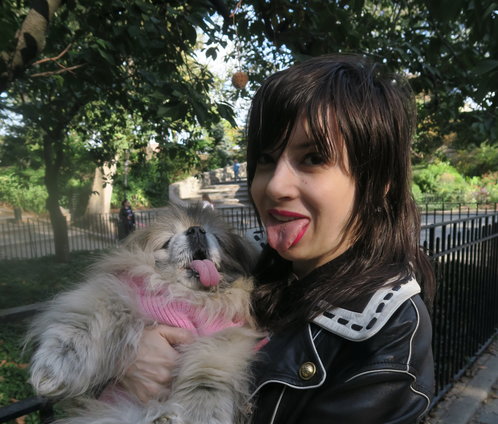 For months now, caring for Gigi has been like a second full-time job. I’ve been taking her to the vet; administering medications; organizing her fluids appointments; carrying her out; carrying her in; sitting up with her at night when her dementia caused her to pace the apartment; and constantly rescuing her from corners where she got “stuck,”  also due to dementia. All the activity reminded me — in a weirdly nostalgic way  — of how it was when I first got her as a rescue in 2003. Her special needs also made her all-consuming 24/7 for months on end. 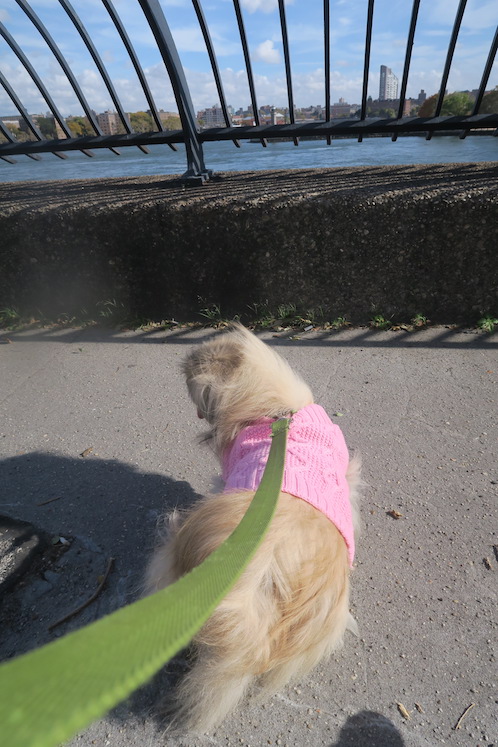 You might also like
Small Cats for Leo Season on 1stdibs; Week in Review
I Always Thought She Had Good Taste!
RIP, Garry Marshall
Previous Post: « What We Wore: Halloween 2017
Next Post: Wednesday’s Video: My Next Speaking Gig »