I celebrated Halloween on Saturday by going to Videology Bar & Cinema in Brooklyn for a screening of the 1980 movie The Shining. MrB had never seen it before! Now I’m wondering what the hell he was thinking all these years whenever he came across pop culture references to “Redrum.” 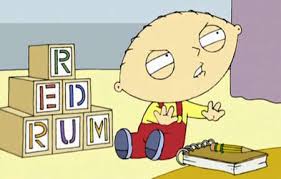 I dressed as one of the grunge cheerleaders from Nirvana’s “Smells Like Teen Spirit” video.

Shout-out to CafePress for providing the most weirdly sized and least flattering “Anarchy” tank top possible. It looked bulky even after I pinned it. 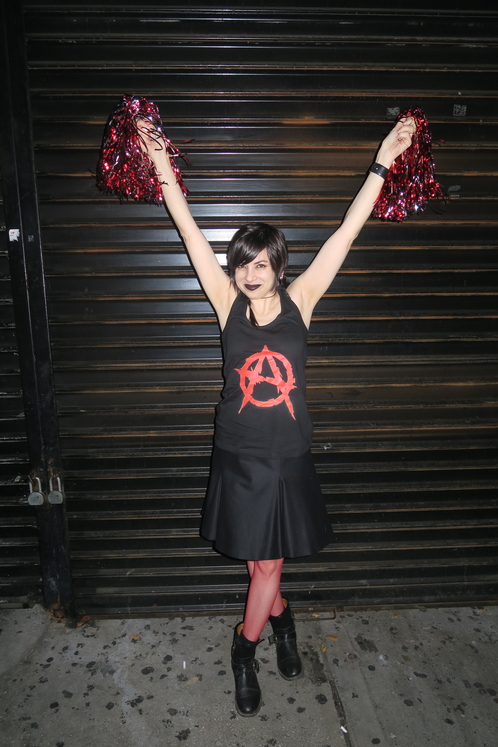 I had more success buying costumes for FitzRoy and Purrkoy, not that they appreciated my efforts. Look how glum they are. 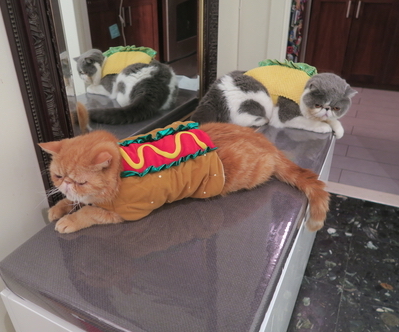 I have a feeling I should expect a trick from these guys rather than a treat after this.