I’m distressed by this Vice story about skyrocketing rent leading to the possible shuttering of Allan & Suzi’s consignment/vintage boutique.

My relationship with Allan & Suzi goes back more than 20 years. In April 1995, I wrote a Wall Street Journal story about the owners’ local-cable shopping show. (As Vice notes, Golden Globe-winner Tracee Ellis Ross was one of the models; I saw her do her thing on set.) I was shopping at the store when I overheard Allan and Suzi bantering with each other about which crazy outfits they were going to feature on air, and I was like, “I must write about this.” I was so nervous about getting every fact right for the Journal that I asked dozens of follow-up questions, and Allan said, “This is like being audited by the IRS!” 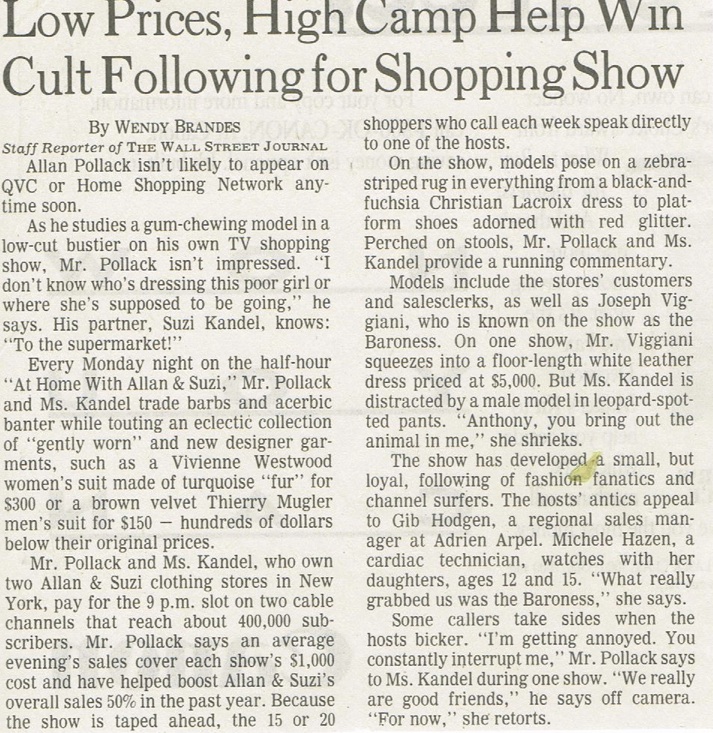 Interestingly, I just did a video for my new YouTube channel in which I dated my serious collecting of vintage/consigned clothes — and my resulting interest in “slow fashion” — to about 2000. (That video isn’t live yet; subscribe to my channel so you know when it comes out.) But looking at this story reminds me that I started getting a few pieces years earlier.  I kept most of them, including this Lillie Rubin coat, which I wore earlier this week.

This New Year’s Eve, I wore the gold, one-sleeved dress I bought from Allan and Suzi in 2004. 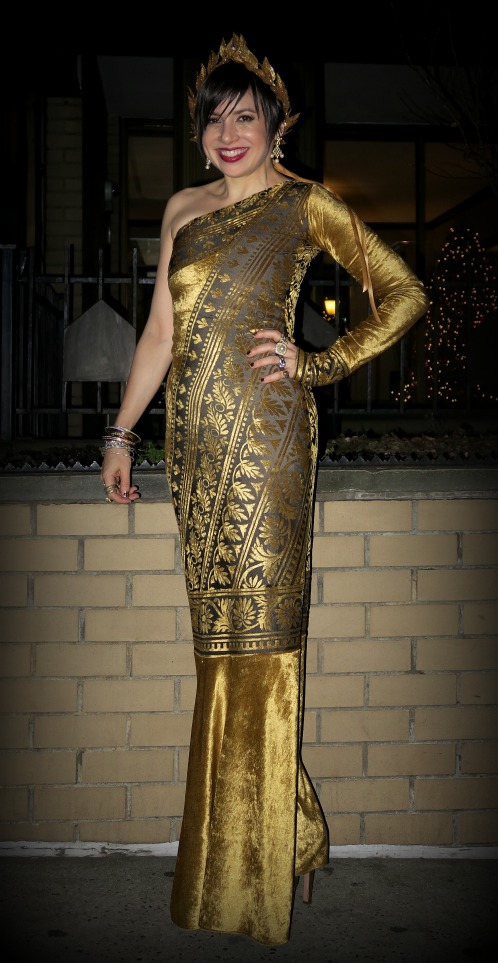 I’m surprised I don’t have a recent photo of the Lolita Lempicka suit jacket seen in the 1997 photo below. Whenever I wear it (with jeans, these days) people ask me where I got it. 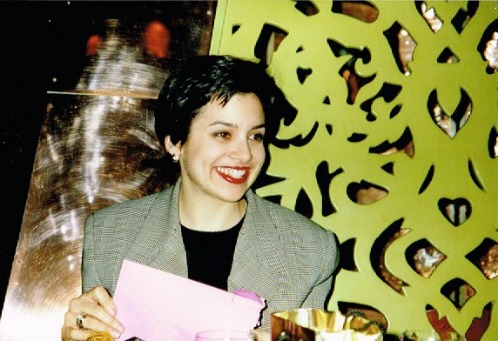 I wear the Lempicka jacket much more frequently than I do the matching skirt, but here’s a picture of the latter in 2012. 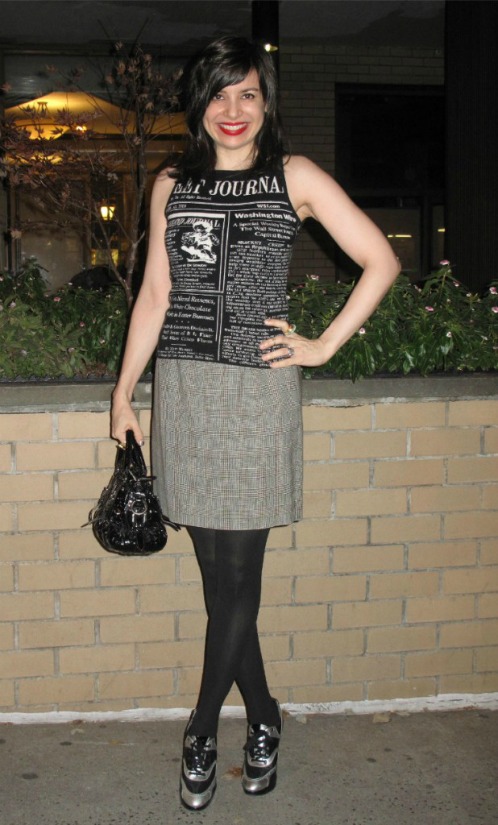 One Allan & Suzi acquisition that I almost got rid of was a red velvet dress by Lemington Ridley. It hung unworn in my closet for years, unloved and always on the endangered clothes list. I was suddenly inspired to wear it to the GEM Awards in 2016, and I was so happy I kept it.

Allan & Suzi purchases that I did consign or donate included a flowing red Pauline Trigere ensemble that didn’t forgive even an ounce of weight gain. If I recall correctly, I was persuaded to buy it because it looked so glam on Tracee Ellis Ross on the cable show. There was also a red Complice pantsuit that can be seen in this 1995 photo. 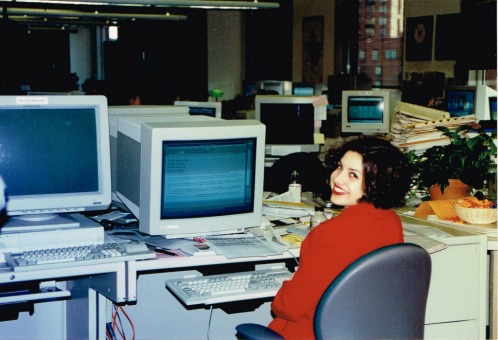 I had that for quite a few years, because I wore it on one of my first full days at People.com in 1999, where the head-to-toe red made quite an impression. Not necessarily a good impression, but the magazine staff surely did notice me. I eventually got rid of the suit because I started to dislike the extra-long jacket. I also had to let go of the Versace dress that I wore to the Oscars in 2003; it was too tight after an inept tailor tried to fix the loose shoulder straps for me.

Sadly, I haven’t been to Allan & Suzi in years — certainly not since 2011, when the store moved from the Upper West Side of Manhattan to the Lower East Side. I’d been thinking about the store very recently though. When a February appointment took me down to the neighborhood, I hoped to stop in, but I ran out of time that day. Now I need to get off my ass and go buy ALL THE THINGS while I still can! If you’re in New York City and want to go with me, leave a note in the comments and we’ll make it an adventure. And, who knows, if enough of us go, we can help out with next months rent.

Of course, you can do your shopping solo. Head over to Allan & Suzi on your own at 237 Centre Street. There’s also a limited amount of shopping online. White boots are on trend for spring and Allan & Suzi has a pair (size unlisted, so you’ll have to ask) for $100. Whatever you do, don’t dawdle, or you may be too late.