I wore an Ossie Clark dress to the Women’s Jewelry Association Awards of Excellence in July 2014. When I got home that night, I took a selfie with my new kitteh, Purrkoy. 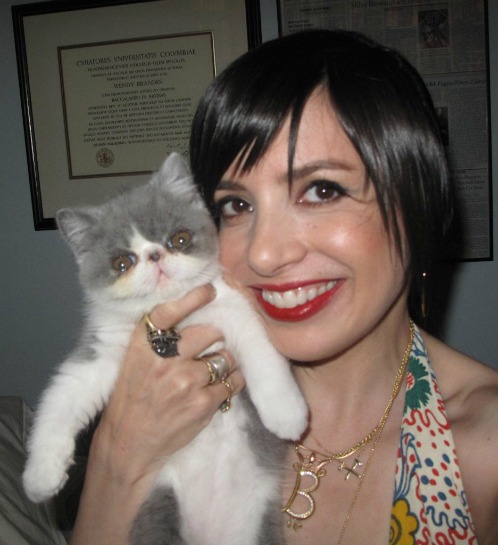 I wore the same dress to the Gerald Loeb Awards honoring business journalism this Tuesday. After, I took a selfie with the now two-year-old Purrkoy. He’s a whole lot grumpier about selfies now! 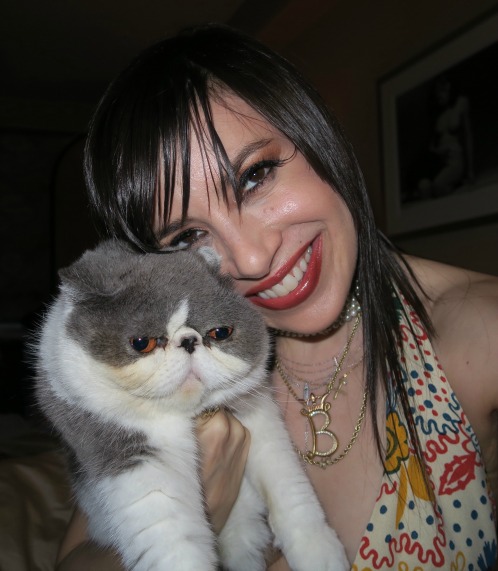 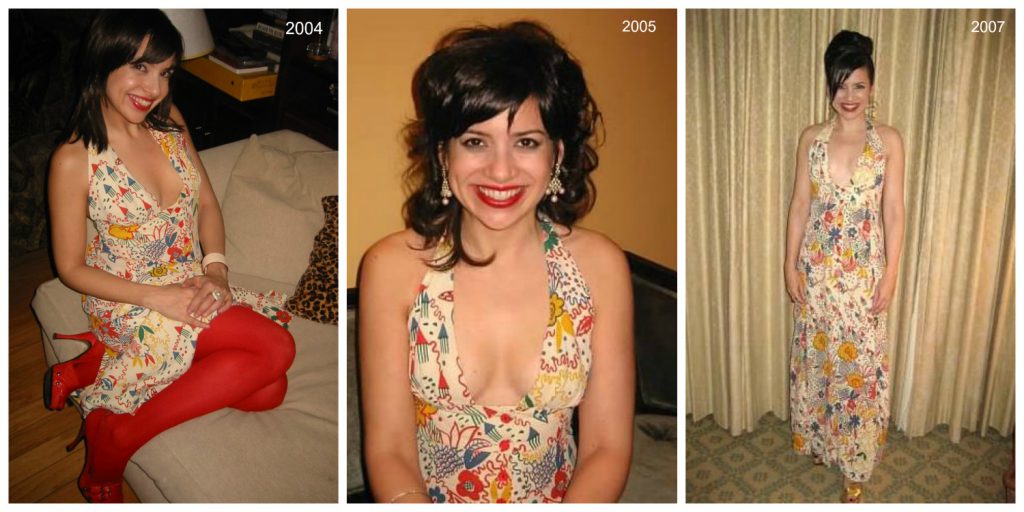 I’ve always thought the best of my looks for this dress was in 2004, when I wore red fishnets layered over opaque red tights, and finished off with red shoes.  With Bill Cunningham on my mind, I really wanted to wear this dress in a fabulous way, but it was an awfully hot June night for tights. Eventually it occurred to me I could go with the fishnets alone.  And yes. I have to admit it: These are the same fishnets I wore back in 2004. I’m sure this is the first time I’ve worn them since then.  I thought of throwing them out many times, but figured I’d need them eventually! 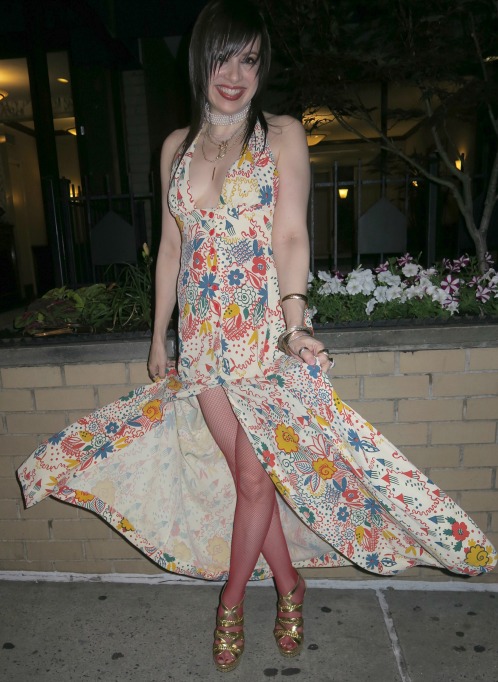 Congrats to my friend Amy Stevens for winning the Lawrence Minard Editor Award at the Loebs. Amy works for Reuters now, but she worked for the Wall Street Journal in the early 1990s, which was when I was there. Now she’s winning big editorial awards and I’m … twirling in my Ossie Clark dress!