In the video, I share several pieces from my Ossie Clark collection, including the orange dress from yesterday’s blog post. Another Ossie that appears in the video is one of my most treasured ones: The snakeskin jacket I bought directly from Pat, one of Ossie’s former employees, in 2006. 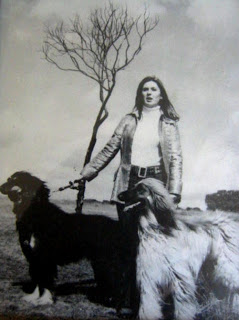 Pat wearing the jacket back in the day.

I didn’t wear the jacket for the first time till 2007. I often wait a long time to wear new purchases because I like to save them for the perfect moment. There’s no one thing that determines the perfect moment; I just know it when I feel it! 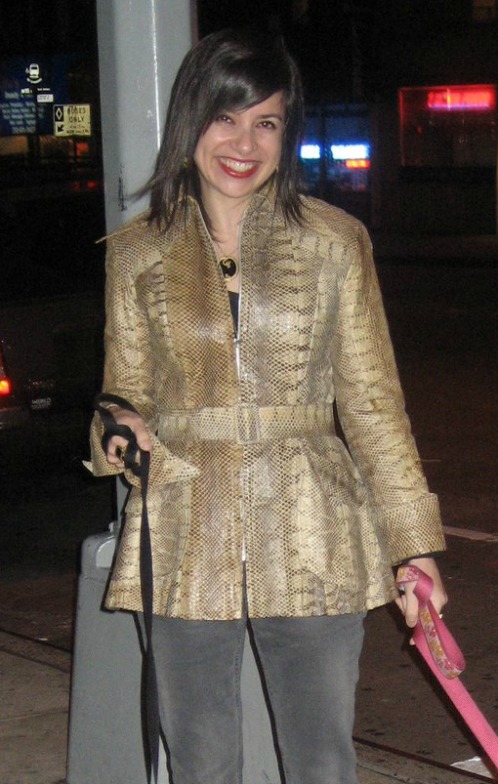 The jacket in 2007. (I’m wearing my Queen of Scots snake necklace with it.) Click for original post. 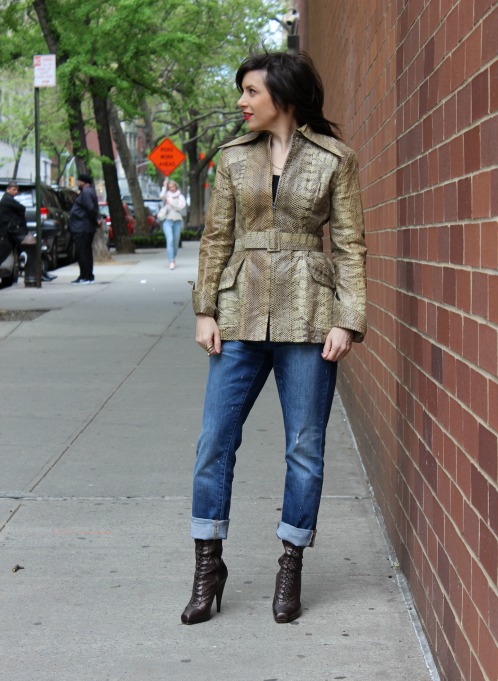 Eryn took some detail shots too. Here’s the back view of the jacket. 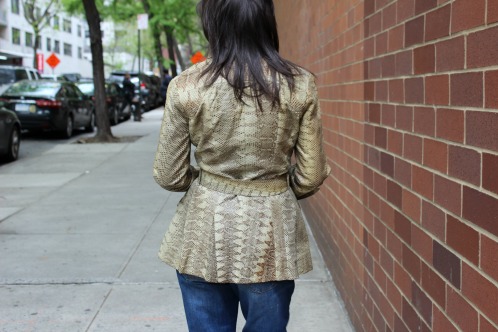 My Queen of Scots snake ring was the perfect jewelry to wear for this shoot. 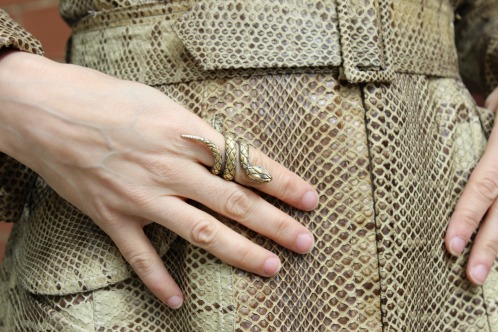 I just realized that I have never done a Jewel of the Month post about this ring, even though I teased the design in January and shared photos of the early versions of the wax model for it last year. Oops! I’m going to blame Trump. His attacks on women’s rights had me focusing on political jewelry for a good chunk of this year. I will make it up to Mary, Queen of Scots, by giving her ring its own feature in June, so stay tuned for that.

As I mentioned in a previous video, I have an enduring love for lace-up boots like the ones I wore for this snakeskin-jacket shoot. I can’t quit this style! 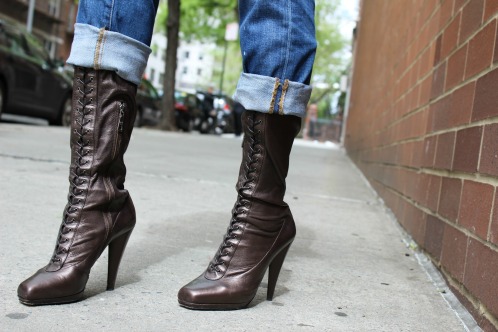 Finally, here’s a shot showing the area on one of the jacket’s sleeves where the snakeskin has peeled away. 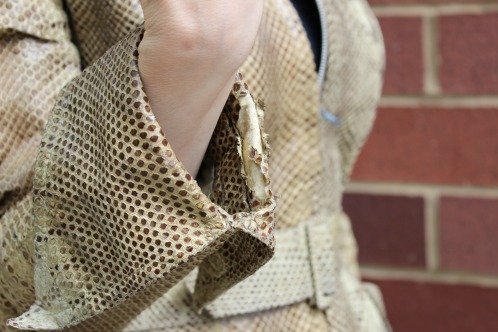 I have a video scheduled for a few weeks from now in which I talk about what kind of wear and tear you can expect to see on vintage clothes. Pieces that are 50 years old aren’t necessarily going to be in pristine condition, so if you want to wear something with history, you have to let go of any perfectionist tendencies you may have.  Subscribe to my YouTube channel now so that you don’t miss that one.

You might also like
My Oscar Gown Archives, Part II
What Wendy Wore: Southpaw Premiere
My Word-Necklace Style Is Catching On!
Previous Post: « What Wendy Wore: Double-Vintage Ossie Clark
Next Post: Window Shopping: Vintage Jackets to Die For »