I just realized this Ossie Clark dress counts as double-vintage! It was at least 30 years old when I bought it — and I bought it 10 or 11 years ago. The first photo of it is from September 2007. 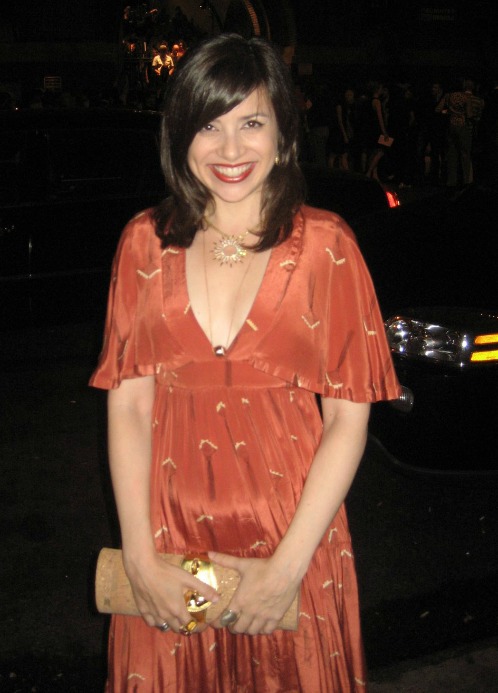 Here’s how it looked in a photo shoot last month. 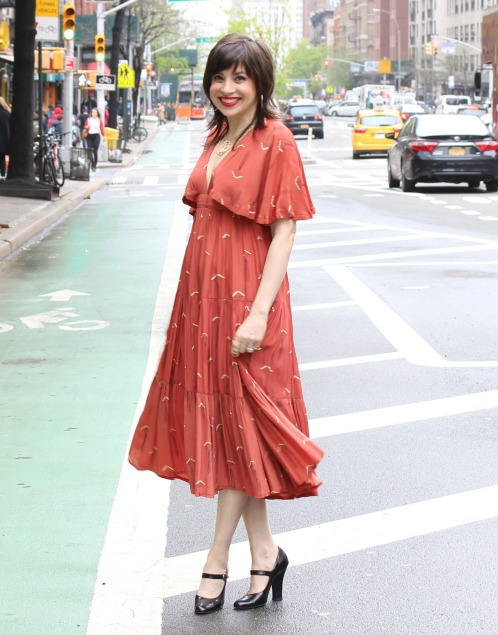 One thing that I’ve never done is take detail shots of this dress, and my right-hand woman Eryn decided to rectify that. I did a twirl to show how much fabric is in the skirt, and you can also see the capelet effect on the back. Doesn’t my mullet look extra mullet-y in this? I like it. 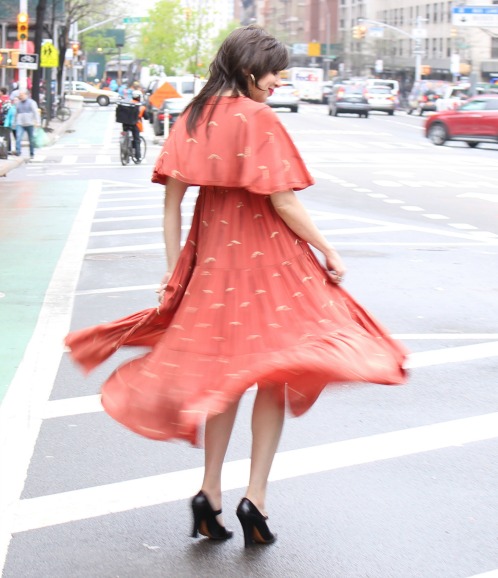 Eryn is my branding chief, but she is very into apparel design as well, so she insisted on a close-up shot of the capelet.

She also caught the expression on my face right after I asked, “Are we done yet?” 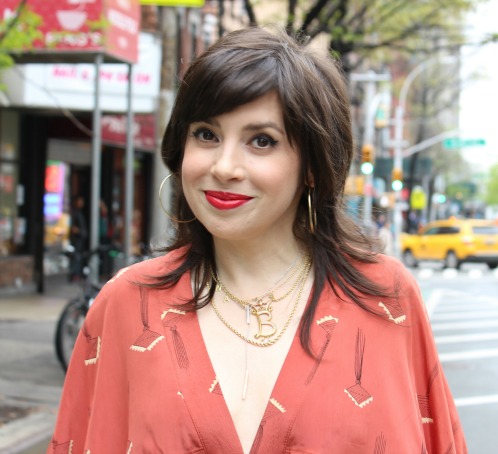 I first wrote about Ossie Clark in August 2007 (when my blog was only one month old!) and I’ve mentioned him many times since. Tomorrow, you’ll be able to hear me talk about him in my new YouTube video. Subscribe to my channel now so you don’t miss it!