Last Thursday, MrB and I went to a dinner in honor of George Wein’s 90th birthday. George produced the first Newport Jazz Festival in 1954, and the celebration at City Winery doubled as a fundraiser for the nonprofit Newport Festivals Foundation.

There were amazing musical performances throughout the evening. Unfortunately, I didn’t have a program and I was so engrossed in the music that I didn’t take any notes, so I can’t share the names of the excellent performers — besides George, that is. He’s a pianist and vocalist himself, and he played a duet to a standing ovation. All the musicians were at the top of their game that night, in order to pay tribute to and impress George.

I wore a Catherine Malandrino dress that I got secondhand at Bond 07 by Selima. A couple of months ago, superstar hairstylist Julie Matos called me from the store and told me to meet her to look at the vintage clothes rack there. By the time I arrived, she’d picked out a selection of pieces for me to try on, and nearly all of them were perfect for me. Julie has turned herself into my personal shopper. I appreciate her good taste, but she’s financially dangerous for me to be around! At least this Malandrino dress was a bargain, partly because it had some serious bleached-out spots inside the high neck. The spots kept peeking out so I wound up bringing the dress to Jean at Ghost Tailor, who eliminated the most troublesome flaws by cutting down the neck. 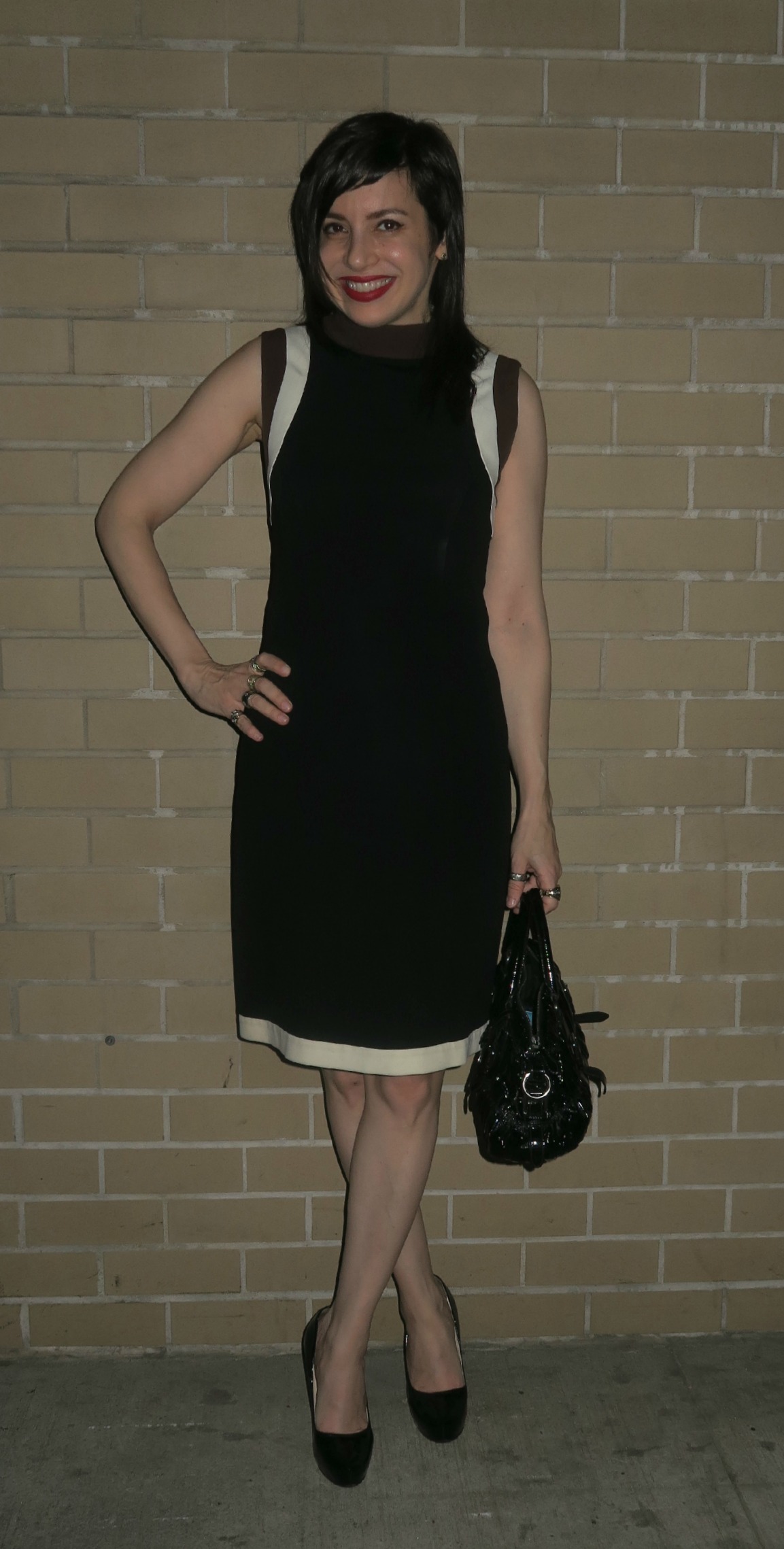 I seem to gravitate to shoulder stripes: I still have a Gaultier pantsuit with striped shoulders that I wore in my corporate days. Maybe, someday, people will rebel against casual dress and suits will have have a moment again.  I hope so, because I have a lot of nice ones and I can’t bear to get rid of them!

You might also like
What Do You Think?
Flashback Friday: Konstantin and Ossie
Cindy Brady Wore Prada: FGI's Rising Star Dialogues
Previous Post: « Happy Birthday, BarbaraB! Plus the Week in Review
Next Post: October’s Other Birthstone: Tourmaline »