She is one of the co-chairs of the event, which marks the opening of the spring fashion exhibit, called “China: Through the Looking Glass.” I love that she combined what appear to be sapphire and emerald earrings with her “Marsala” gown by Roberto Cavalli.

People tend to be shy about combining colors, but jewel tones often look good with other jewel tones. (When I wore a Marsala-hued Zang Toi gown this January, I accessorized with my turquoise skull ring.) From what I can see in tonight’s photos, Gong Li is just wearing one ring tonight … diamonds, perhaps? From a jewelry designer’s perspective, I’m sad she didn’t keep going with the richly colored gems. I think my Empress Wu dragon ring with the lapis lazuli globe in its mouth could have worked well with those earrings.

A video posted by Wendy Brandes Jewelry PR (@wendybrandesjewelry) on May 1, 2015 at 1:10pm PDT

Coincidentally, last week I spent hours online watching clips from Gong Li’s movies, totally unrelated to the Met Gala. I had been sorting through a big folder of mementos when I found my December 2005 invitation to the New York premiere of Memoirs of a Geisha. 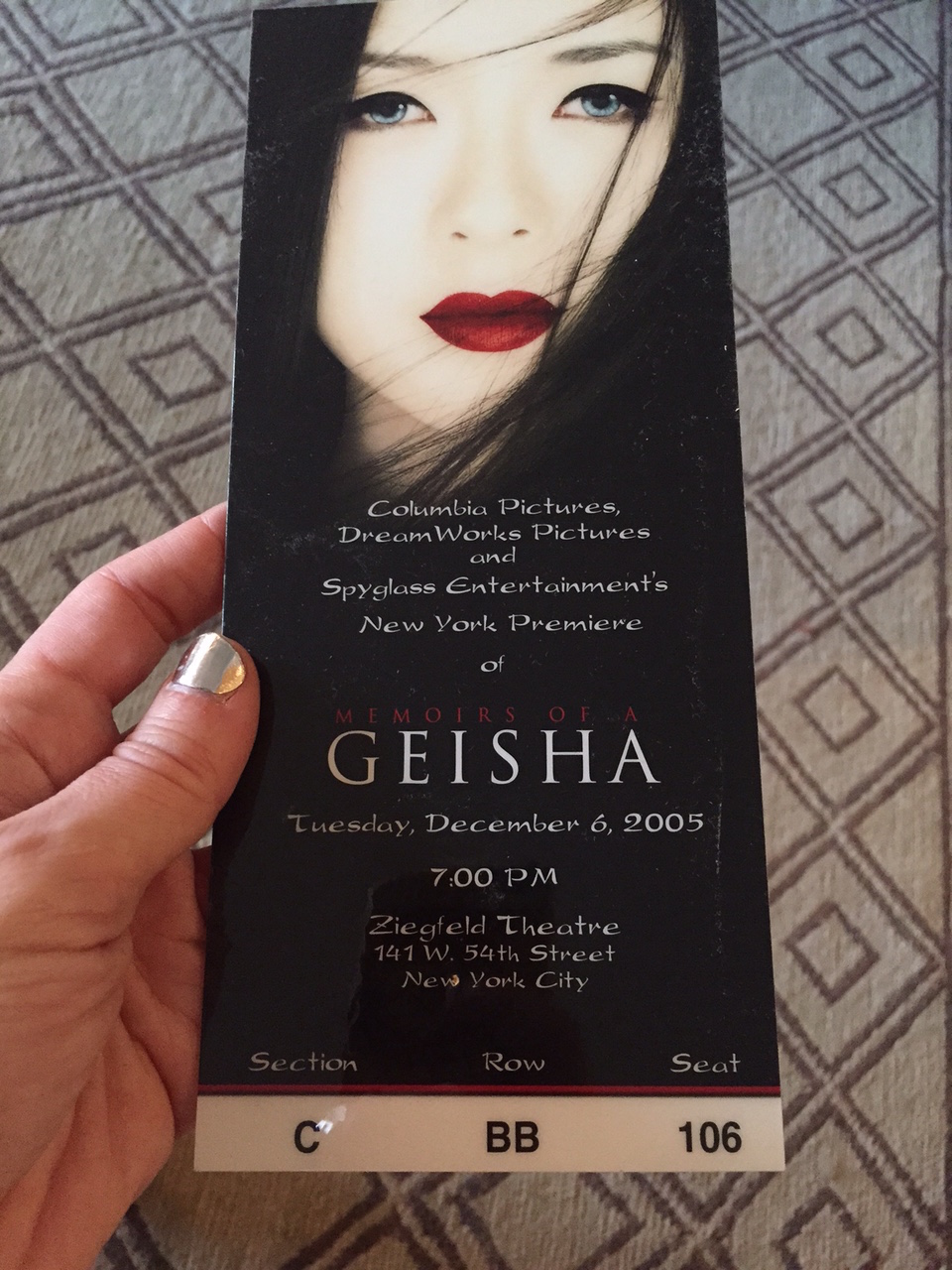 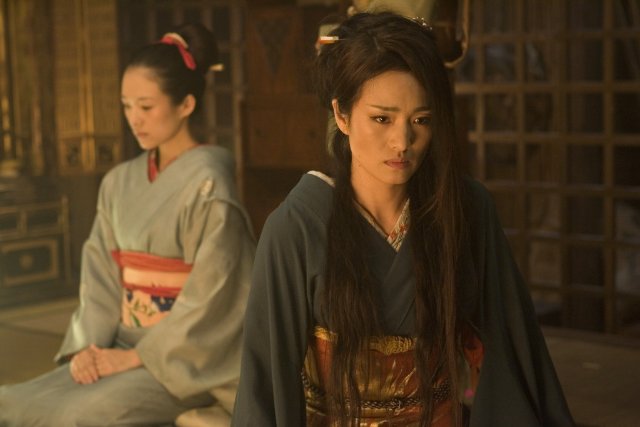 Gong Li (right) and Ziyi Zhang in Memoirs of a Geisha, via IMDB.

By the way, that clip above of Morgan Freeman reading the phone book is from a promotion for 2014’s The LEGO Movie. That had to be something to entertain the parents, right? Does anyone under the age of 10 know what a phone book is? Are phone books still being made? I haven’t seen one in years.

Anyway, I need to get back to the Met Gala red carpet to scout for my Best Dressed/Wear What You Want combo award winner. While Gong Li looks exquisite, my award is about recognizing extreme looks. I see Sarah Jessica Parker in a big headdress. She’s going to be the one to beat!

You might also like
Fashion Advice for Halle Berry
I Knew I Should Have Made That Ass Jewelry
Things That Have Fascinated Me Recently
Previous Post: « Diana Heart Jewelry for a Royal Mother’s Day
Next Post: My Best Dressed at the 2015 Met Gala Is … »