I’m pleased to see that US Magazine says white pantsuits are hot. 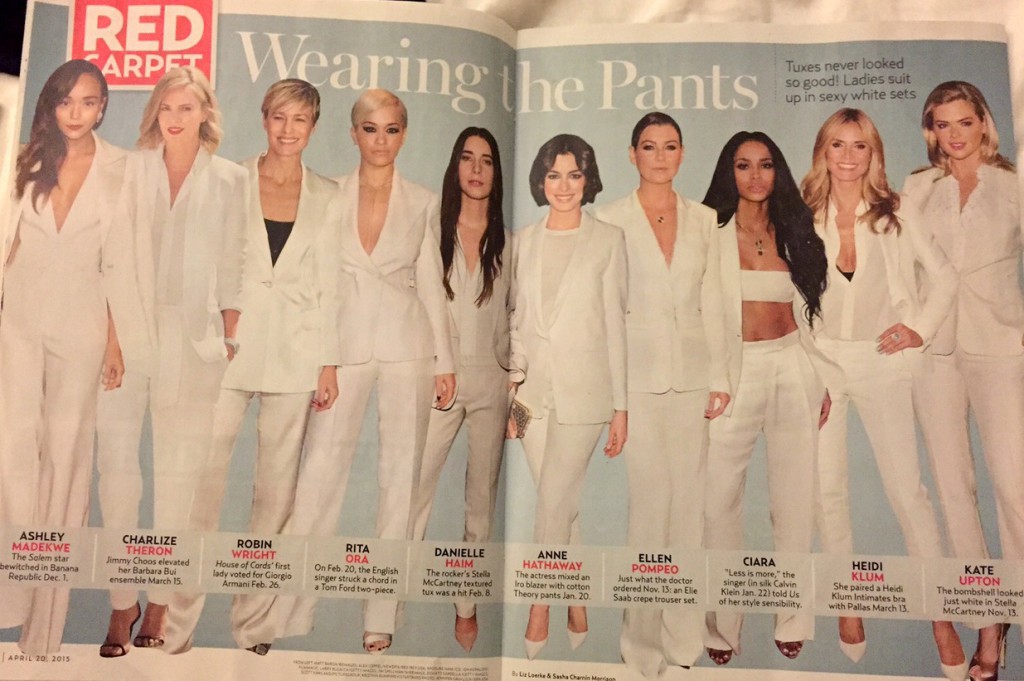 I can shop my closet for that look. I have a white Versace pantsuit that I bought in 2003. The most recent photo I have of it is from 2007 and the picture is really tiny! 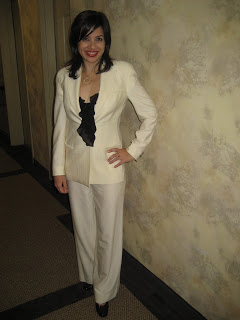 Time to bring it out again and take a regular-size photo, I’d say!

Broad City started out as a web series by Abbi Jacobson and and Ilana Glazer. It moved to Comedy Central, where MrB and I caught a number of episodes. We literally laughed our asses off each time. Literally! We have been assless ever since. Makes it very hard to sit. Anyway, in episode 2 of season 2, Ilana hires four interns to do her job, which she has no idea how to do herself. She celebrates by buying a “power suit,” which happens to be white, resulting in Ilana’s repeated, oblivious references to her “white power suit.” 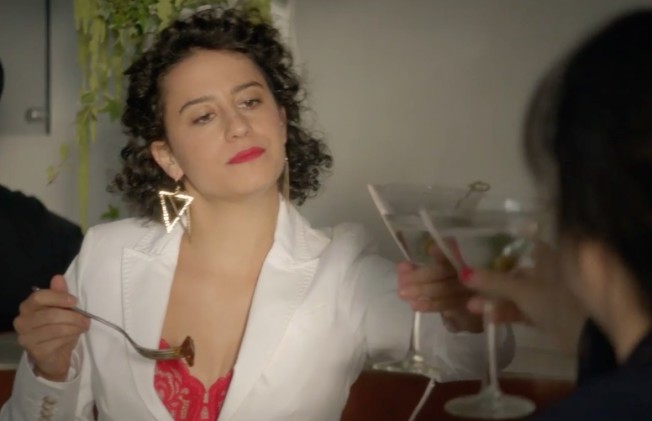 Click the screen cap to watch the trailer. Suit comes in at 1:14.

If you want to be assless like me and MrB, you can catch up on Broad City here.

You might also like
Throwback Thursday: Jewelry Designs From 2006
No Neil Young, No Beach for Me This Labor Day
What Wendy Wore: Musical Patrick Kelly
Previous Post: « Game of Thrones Sale for Mothers of Dragons
Next Post: What Wendy Wore: Versace From 2004 »