My mother’s father’s name was Sam Kay, but his three grandchildren knew him as Papa. During World War II — decades before he became Papa — he was drafted into the U.S. Army and stationed in Texas. These photos were taken in 1942 or ’43. 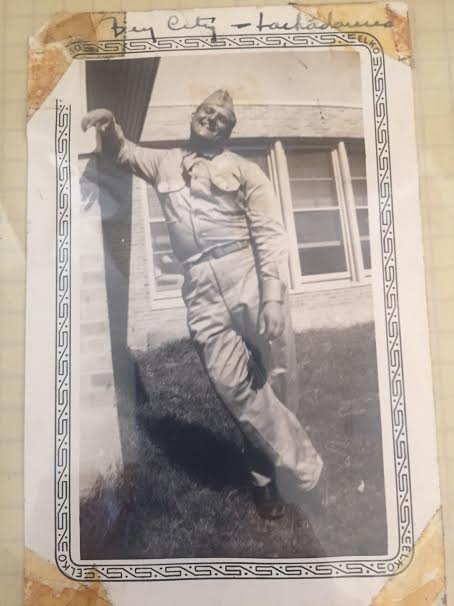 He’d married my grandmother Ruth — aka Nan — not long before the draft. 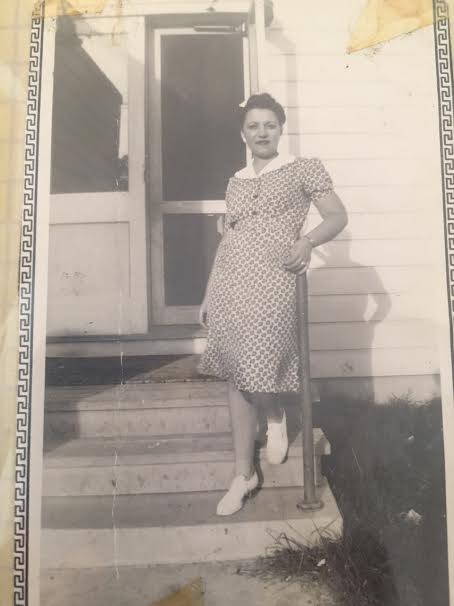 Nan was able to visit Papa at Camp Hulen, formerly known as Camp Palacios, in Texas. Papa was armed and not-too-dangerous-looking. He had a killer smile, though! 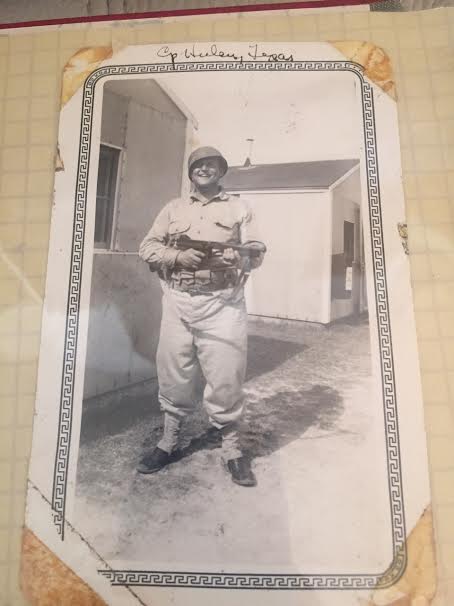 Apparently, it wasn’t all war games at Camp Hulen. 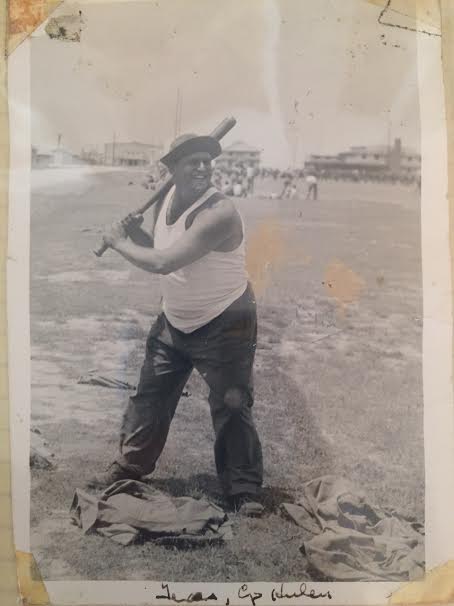 My grandmother, who died last year, was always quick to tell you what she thought. She never held back, as you can tell from her caption on this next army photo. It says, “Fatso, no?” 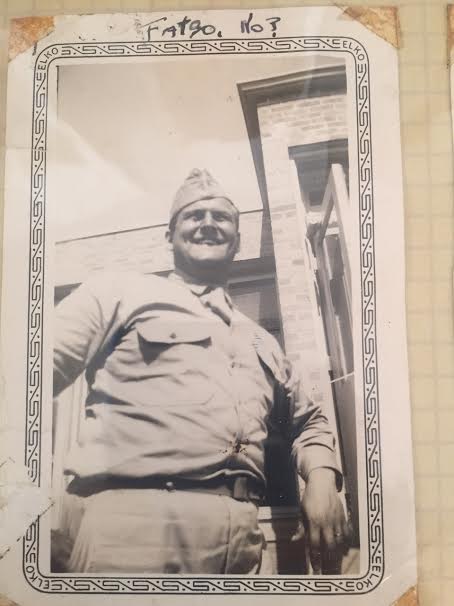 Luckily, he was never sent overseas.

Papa was born on May 18, 1919, in  New York City. His original last name was Kwalwasser. He changed it to Kay in the late 1940s when his first daughter — my gorgeous mother, BarbaraB — started kindergarten and kids made fun of her last name.  “People didn’t want to have Jewish/foreign names,” BarbaraB says. They wanted to fit in. To help his daughter fit in, Papa got her a new last name. (Meanwhile, when I wanted a cheap-ass Swatch watch to fit in when I was in school, did anyone buy me one?! I’m JUST SAYING, BarbaraB!) Papa would be amazed at the first names a lot of kids have these days. We’ve got everything from Apple to Zelig. Humph! Now I wish I had a kid just so I could have named him/her Kwalwasser Brandes.

Papa was a cigar smoker who had his first heart attack in the 1970s. He had another one in 1983. He was in the hospital for treatment when an aneurysm in the wall of his heart burst. He died from the aneurysm (rather than the heart attack as I previously said here) on Dec. 2, 1983, aged 64. It was three weeks before my 16th birthday on December 23. As I’ve written before, he insisted on giving me my birthday gift — a gold bangle — early. BarbaraB believes Papa did that because he had a feeling that he wouldn’t make it home. 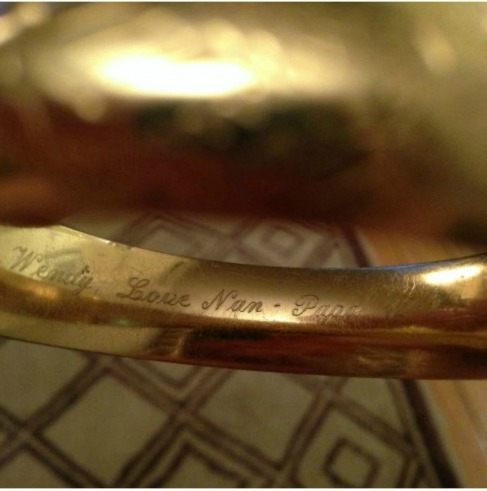 Part of the engraving in the bangle.

You can’t see it in the photo above, but the bangle is engraved with the date on which he originally planned to give it to me: 12/23/83. I don’t think I’d had the bracelet very long when I dented it by hitting it against the corner of a desk in my high-school science class. I was devastated. 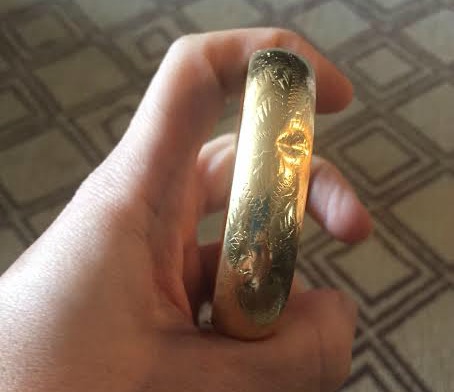 I can’t remember if I did this in psychics or chemistry class.

Now I like the dent. It’s part of the history of the bracelet. I often stack my Sweet-16 bracelet with the diamond bangles I designed myself and a Tiffany bracelet MrB gave me before I became a jewelry designer. 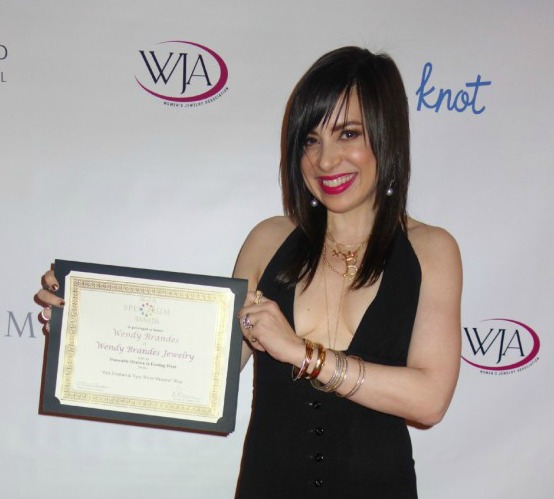 Wearing the bracelet and its companions at the Spectrum Awards in Tucson in February. Click for original post.

Every time I wear this bracelet, I think of Papa giving me that early birthday gift.

By the way, because I mentioned that Papa smoked cigars that likely contributed to his heart problems, I feel I should note that Nan smoked cigarettes for decades but lived to be 95 years old. She always was an exceptional lady!

You might also like
We Were Both Flattered by This
Ruth Kay: 1918 - 2014
Happy Birthday, BarbaraB!
Previous Post: « What Wendy Wore: Versace From 2004
Next Post: Jewel of the Month: Boleyn Necklace for Wolf Hall Fans »