I wore a houndstooth Versace dress, purchased before 2005, to a wedding in this December.

I had previously shown it on the blog in 2010 and 2008, but I just found a photo from 2006 that I’d forgotten about. This isn’t a full-length picture, but it gives you a good look at the mesh cutouts around the armholes. Mesh has been on my mind since seeing lots of it at the Golden Globes this month. 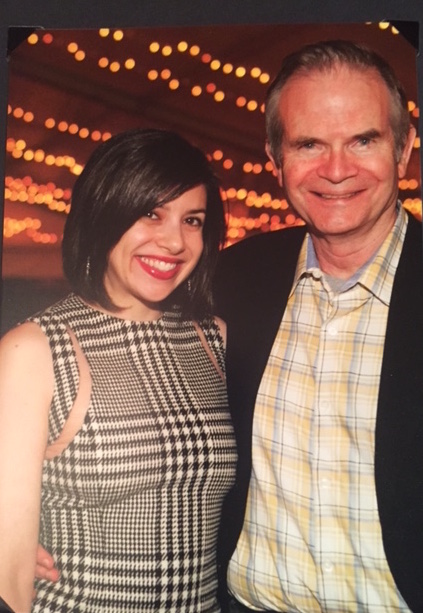 The above photo was taken on a weekend when I wore another Versace dress to a dinner. At that dinner, my little black dress and I were seated between famous actor Michael Douglas and famous architect Richard Meier, resulting in this highlarious photo. 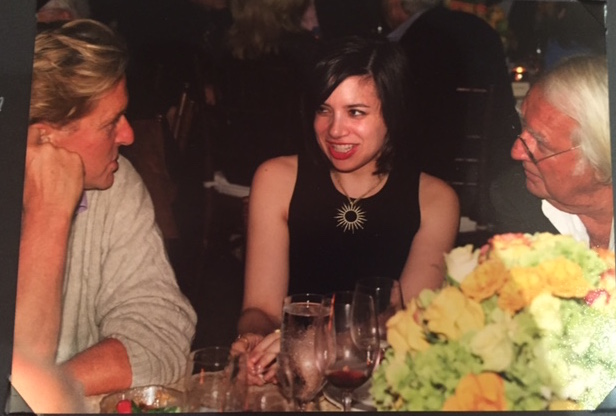 This picture may give you the impression that both men were engrossed in what I had to say, but I assure you, they were not. Michael Douglas and I exchanged a few polite words, after which he spent most of the evening speaking to Queen Noor, who was sitting on his other side. Can’t say I blamed him. Meanwhile, Richard Meier graciously tolerated a bit more conversation with me. But Douglas and Meier also spoke to each other across me, which was probably what was happening when this photo was taken. Note the look of terror on my face as I tried to come up with something relevant to say.

Over the years, I’ve been at many dinners where men have spoken to each other across me (or addressed only MrB). Most of these fellows didn’t have the excuse of being outrageously famous like Douglas and Meier. As a matter of fact, the worst incident was with two entirely forgettable journalists, who spoke over and around me for a meal that seemed to go on forever. Finally, I said, “Maybe you two want to sit next to each other.” They seemed to realize they were being rude, so declined to move — but kept on talking to each other as though I were an inconveniently placed floral centerpiece. I used to feel awful about such things. Now, I pray it happens again so I can noisily pick up my plate, say “You guys have fun with each other,” and sashay off to a more hospitable location.  You can’t sit with ME, rude boys.