MrB and I recently visited Tucson, where he received the John Peter and Anna Catherine Zenger Award from the University of Arizona School of Journalism. 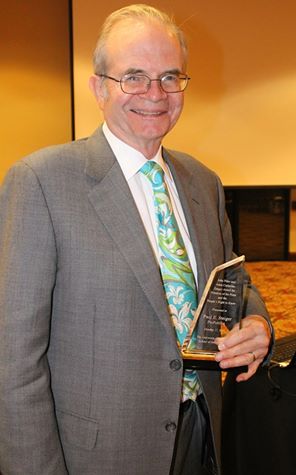 The Zenger award honors journalists who “fight for freedom of the press and the people’s right to know.”  The school’s website elaborates:

“[The award] is named for a husband and wife team of pioneering journalists. John Peter Zenger was editor of the New York Weekly Journal in 1734 when he was jailed by British colonial authorities on charges of seditious libel. He had criticized the corrupt administration of New York’s governor, William Cosby. While Zenger was imprisoned, his wife, Anna Catherine Zenger, continued to publish the newspaper.

Zenger’s subsequent trial and acquittal is considered a landmark case in the history of freedom of the press, helping to lay the foundation for the First Amendment. Past Zenger Award winners include Bob Woodward and Carl Bernstein, Walter Cronkite and Bill Moyers.”

MrB and I like the fact that the award recognizes Mrs. Zanger as well as Mr. Zenger. Saying that she “continued to publish the newspaper” doesn’t quite capture how hard Anna Catherine worked. While John Peter was in prison for over eight months, facing a possible death sentence, Anna Catherine put out the Journal every Monday — missing just one issue. She brought the articles to her husband in jail where he edited them and, at the same time, she raised their five children! It makes me think of the line, “Ginger Rogers did everything Fred Astaire did, except backwards and in high heels.”

I recorded MrB‘s acceptance speech. I must brag that he barely looked at his notes except to read a quote from Zenger’s lawyer, Andrew Hamilton.

The dinner was held on Friday, Oct. 17, at the Westward Look Resort, where I cautiously posed with a cactus. 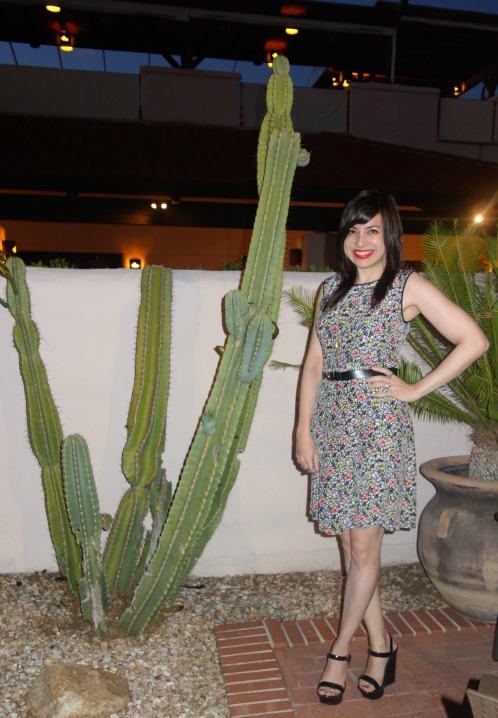 On Saturday, MrB and I checked out the mineral museum and planetarium at the university’s Flandrau Science Center. The center is named for another accomplished lady, author Grace Flandrau (1886 – 1971). She wrote more than four dozen short stories and six books — F. Scott Fitzgerald said her 1923 novel, Being Respectable, was better than Sinclair Lewis’s classic Babbitt. Flandrau frequently visited Tucson in the winter and left a $1 million bequest that was used to start the science center. 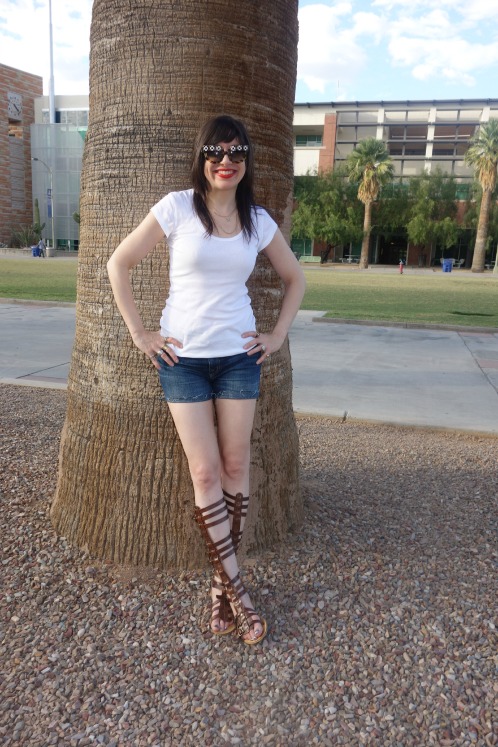 We had a laugh while we were buying tickets to a planetarium show because the woman at the counter asked if I wanted an “adult” ticket. I was like, “Um ………….” It turned out she was asking whether I wanted a student ticket. I was glad she hadn’t mistaken me for a child or pet.

Continuing our tour of cool-women locations in Tucson, we had dinner Saturday night with friends at the Arizona Inn, which was founded in 1930 by Isabella Greenway, Arizona’s first Congresswoman and Eleanor Roosevelt’s BFF. Greenway had helped disabled World War I veterans by hiring them to make furniture for a shop called the Arizona Hut. The inn’s website says, “When the shop ran into financial trouble following the stock market crash of 1929, Isabella characteristically rose to the occasion and built the Arizona Inn as a way to create enough demand to keep the shop going.” The inn still has a cabinet-making shop, as well as gorgeous grounds. I would love to stay there next time I’m in Tucson. 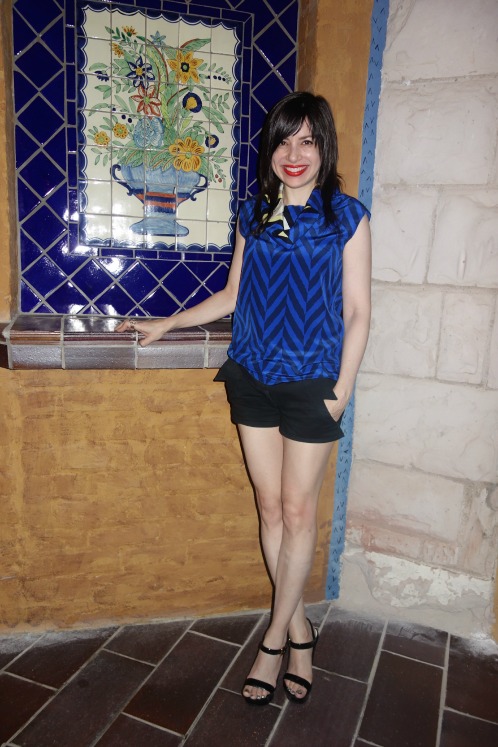 After that dinner, I decided I should try to document everything I wore during the trip. I liked the idea of setting a personal record for consecutive outfit photos. While we didn’t do much on Sunday — a freak storm blew in — we did go out to dinner at El Charro Cafe, where this skeleton was all set for a Dia de los Muertos party. 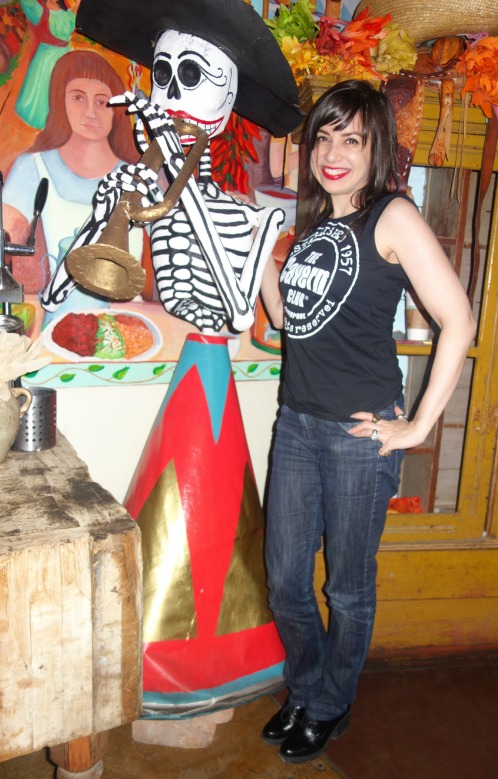 El Charro’s website says the restaurant is “the nation’s oldest Mexican restaurant in continuous operation by the same family.” It was opened in 1922 by yet another enterprising woman, “Tia” Monica Flin, who acted as chef, hostess and waitress. The site says Tia Monica ” came to Tucson via France in the 1800’s when her father Jules, a famous stone-mason, was commissioned to build the city’s pristine St. Augustine Cathedral.” Interesting! Monica’s great-grandniece, Carlotta Flores, is El Charro’s chef now.

On Monday, I worked poolside while MrB spoke to journalism classes at the university. We met for dinner that night at Pasco Kitchen & Lounge, right off campus. I recommend their chocolate-filled beignets. I can’t stop thinking about them.

On our last day, Tuesday, MrB met with more journalism classes. In the evening, we had dinner and listened to music at La Cocina. I skipped taking a final outfit photo because I was sick and tired of my one pose. I kept trying to come up with new poses to liven things up, but none of them worked. I keep thinking of the Barbizon “Be a Model … Or Just Look Like One!” commercials I grew up with …