From the “I love to say I told you so” department (one of my favorite departments!): There’s a story today in the New York Times Sunday Styles section called “A ‘Blurred Lines’ Boomerang.” The article by Laura M. Holson details how Robin Thicke’s career has collapsed while Miley Cyrus’s career has soared since the singers’ controversial, twerk-filled duet of Thicke’s hit song “Blurred Lines” at the 2013 MTV Video Music Awards. Remember that? When popular opinion said that Miley’s career was ruined by her “cringe-worthy” performance?

About a week after the VMAs, I wrote a piece for the Huffington Post about “fading affect bias,” which describes the way negative emotions fade quicker from memory than positive emotions when it comes to transgressive behavior, meaning Miley’s act — initially seen as offensive — might someday be viewed as iconic, just like Elvis and Madonna before her.  Well …. *drops mic.*

My Huffington Post blog includes some you-have-to-read-it-to-believe-it negative contemporaneous reviews of Elvis and Madonna. I provided more examples, such as the Rolling Stones and the Beastie Boys, in this post on my personal blog.  And click here for all my posts on Miley; I had my eye on her since August 2012, when she cut off her Hannah Montana hair and went pop-punk.

Elsewhere in Sunday Styles, a short item reminds us that 2014 has been the year of the earring when it comes to hot jewelry. I love that single studs are called a “traditional” choice now! We’ve definitely come a long way from the days when I had to confirm that every customer who ordered a single stud understood that it was a SINGLE stud. (Some people didn’t know even though each product description mentioned the fact twice.) 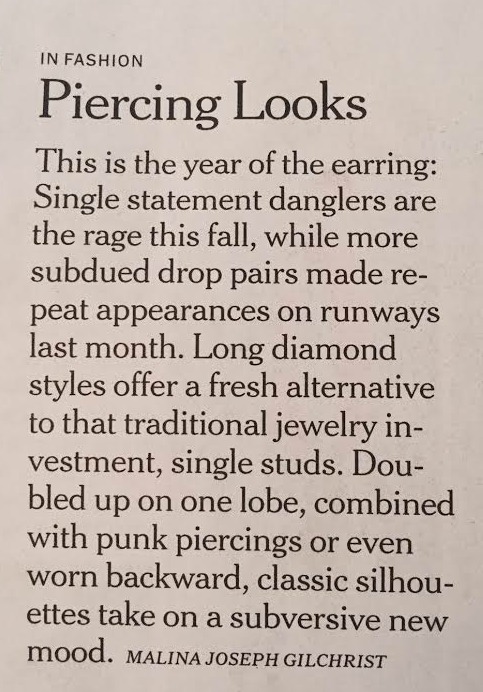 The Times’s new recommendation is to wear two diamond drops in one ear or to wear them backwards. 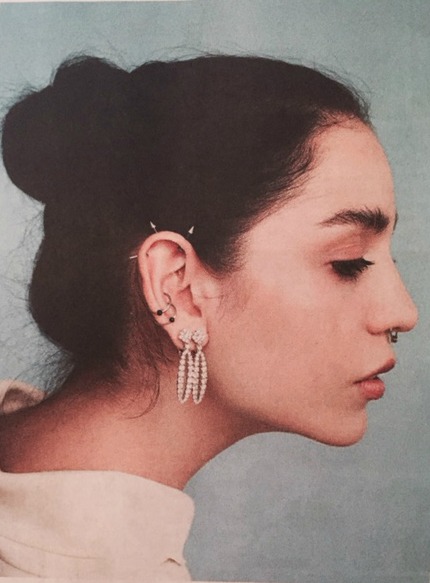 I think a pair of earrings that would look great worn in one ear are my Memento Mori skull earrings in 18K gold with ruby eyes. 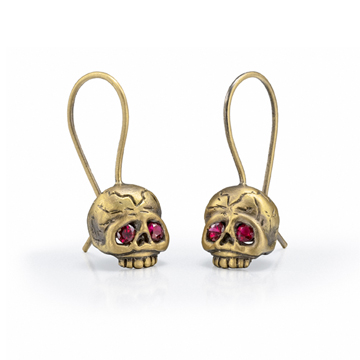 I have one pair available for immediate delivery and if you order now, you can have it in time for Halloween!

And now for the blog week in review: