Heaven Has Heels magazine asked me what three things I’d take to a desert island. Here is the answer that was published in the summer 2014 issue. 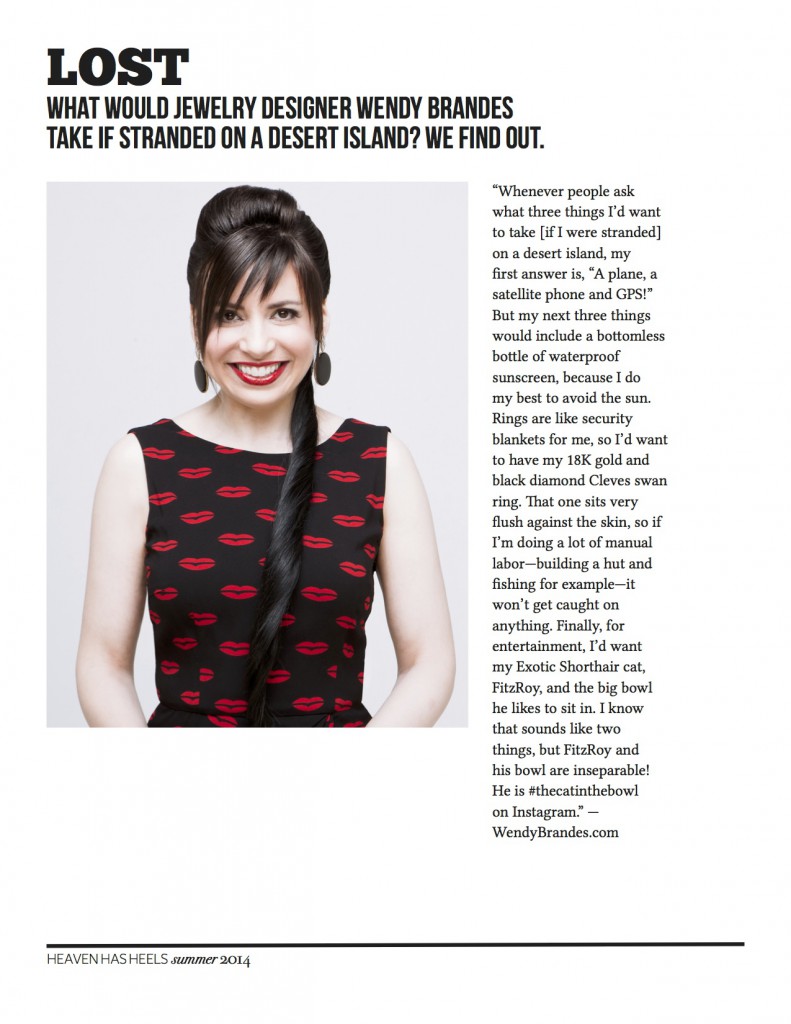 Thanks, Heaven Has Heels, for giving me the space to give my full answer!

“a programme in which a well-known person is asked the question, if you were to be cast away alone on a desert island, which eight gramophone records would you choose to have with you, assuming of course, that you had a gramophone and an inexhaustible supply of needles.”

Nowadays, the guest (known as a “castaway”) chooses eight pieces of music, a book and a luxury item to take to the imaginary island. The program specifies that the luxury item can’t be human or anything that would be useful in getting off the island. I like that Desert Island Discs specifies that, because when people ask the question and don’t clarify that point, I feel compelled to give the type of answer I gave Heaven Has Heels. I mean, I want to play along, but I want a phone too, you know? Other people look for loopholes too.  In 1997, Monty Python member John Cleese got around the luxury-item rules by saying he would take fellow Python Michael Palin — but only if he were dead and stuffed. Good answer!