The New York Times has a good story today about John Duka, the late Times fashion reporter and a founding partner of the public-relations firm now known as KCD. Duka is thought to be the inspiration for the character of Felix Turner in The Normal Heart, which will air tonight on HBO. The movie is based on Larry Kramer’s autobiographical 1985 play of the same name, which dealt with the fight to raise awareness of and find a treatment for AIDS. In The Normal Heart, Felix is a closeted reporter who is the lover of Kramer’s onstage alter-ego, Ned Weeks.

I wrote about the interesting history of KCD here. The company was originally named Keeble Cavaco & Duka after its founders: former Vogue editor Kezia Keeble; her husband, Duka; and their friend Paul Cavaco, who happened to be Keeble’s ex-husband and the father of her daughter. In a Vulture story on Duka earlier this month, Josephine Wallace, who was helping Duka research a book, explained the romantic situation this way: “John was in love with Kezia — they were husband and wife … But I don’t know if they slept in the same room.”

Duka died in 1989; his obituary acknowledged he had AIDS. Keeble died of breast cancer the following year. Paul Cavaco sold the company in 1991, and the new owners changed the name of the firm to KCD in 1996. Cavaco went on to become the creative director of Allure magazine (I interviewed him about the late designer Stephen Sprouse for this Huffington Post story.) Cavaco is being honored by the Council of Fashion Designers of America next month. In the Times story, a producer of the CFDA event, who was friends with both Duka and Cavaco, mused, “… nobody even knows who John Duka was.” That made me sad because I remember Duka’s Times column, Notes on Fashion, so well. In the Vulture story, writer Dan Shaw captures his impact:

“During his run at the paper, from September 1980 to February 1985, Duka established fashion as the nexus of New York high life. ‘Nobody in my era had the voice and influence of John,’ says Nancy Newhouse, who hired him at the Times. The first Times stories about Marc Jacobs and Michael Kors were his. ‘You couldn’t wait for the column — it was the first thing you read,’ recalls Fern Mallis, the former executive director of the Council of Fashion Designers of America. Duka’s chatty items seem modern even now — ‘he was the original blogger,’ offers the artist Judyth van Amringe, who was a regular in his column.”

If you’re interested in ’80s fashion — or fashion history in general –I recommend reading anything you can find by John Duka to get a feeling for the era. Anything by or about Keeble and Cavaco is worth a read too. 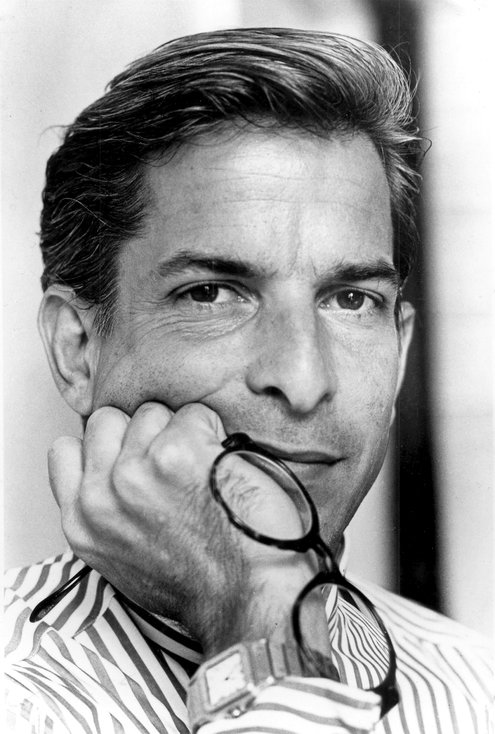 John Duka. From the New York Times. Click for source.

Here’s what was on my blog this week.