I came through on last month’s promise/threat — my newest emoji earring is the little gun. 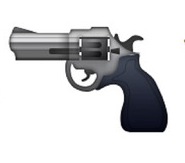 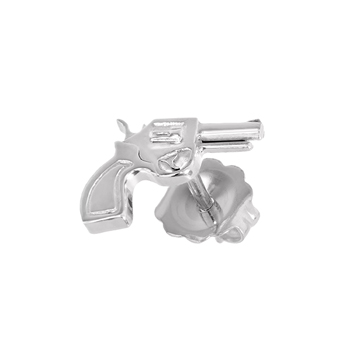 I don’t love real-life guns (except for sport), but I do love the emoji gun and how people use it on Twitter and in text. When I told my friend Jay that I couldn’t decide if I should do the earring, he wrote back,  “I think that unless you try to make (functioning) .22 caliber earrings, you’ll probably be good.” That helped me make up my mind. I swore I would never, ever make a tiny earring gun that shoots actual tiny earring bullets. This earring is 100% harmless, unless it kills you with its cuteness.

You can order the silver one in time for the holidays, and the gold version will ship next month. 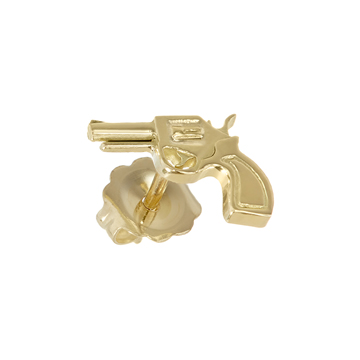 Kiss Kiss Bang Bang happens to be the name of a 2005 movie starring Robert Downey Jr. 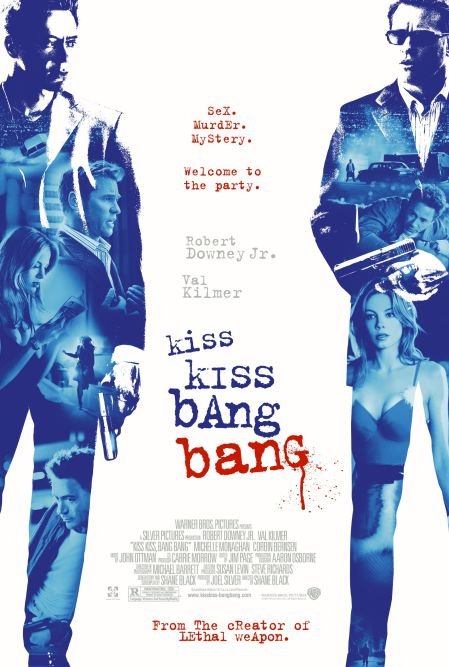 More interestingly to me, it’s the title of a 1973 book of film criticism by the late Pauline Kael, which covered movies from 1965 to 1967. Whether you loved or hated (or loved to hate) last night’s live television remake of The Sound of Music, starring Carrie Underwood as Maria, you might be amused by Kael’s notorious pan of the 1966 Julie Andrews movie. She wrote:

“The success of a movie like THE SOUND OF MUSIC makes it even more difficult for anyone to try to do anything worth doing, anything relevant to the modern world, anything relevant or expressive. The banks, the studios, the producers will want to give the public what it seems to crave. The more money these “wholesome” movies make, the less wholesome will the state of American movies be.”

“It’s the big lie. The sugarcoated lie that people seem to want to eat. They even seem to think they should feed it to their kids, that it’s healthful, wonderful ‘family entertainment.'”

Ha! I could picture someone writing a scathing review like this while wearing my gun earring in one lobe and my middle finger emoji earring in the other. Jewelry always sets the right tone.