I introduced my “Maneater” collection in January with my Frog and Prince ring. For that design, I created an 18K-rose-gold frog perched on an 18K-yellow-gold branch … 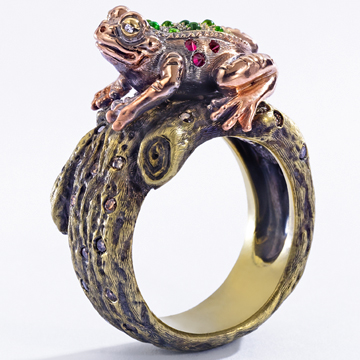 … and I hid an 18K-white-gold prince inside the band. I’m all about secret details and covert luxury. 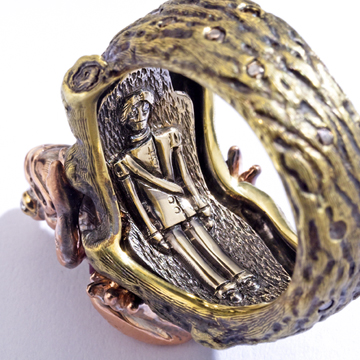 When I unveiled the frog ring on the blog, I mentioned that I had wax models finished for the next two rings in the series. The first of those is June’s Jewel of the Month: my Jonah and the Whale ring.  This was almost a Moby-Dick and Captain Ahab ring because I made the whale in 18K white gold and Herman Melville’s fictional Moby-Dick was a white whale. But I thought a tiny, peg-legged Captain Ahab might look too much like Seamus, the mostly wooden fisherman from Family Guy. That would be highlarious to me, but I’ve sworn not to do Family Guy jewelry. 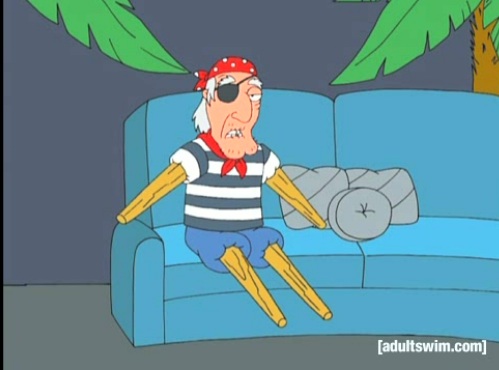 Besides, Moby-Dick only bit off the lower part of Ahab’s leg, and, for a Maneater ring, why not go with the fellow who was swallowed whole?

I took some photos of the work in progress. This one shows the 18K-white-gold whale and 18K-white-gold Jonah (who is curled into the fetal position in the whale’s stomach) with the wax model of the rest of the ring. As you can see, the ring was made in four parts: the whale; Jonah; the heavily carved shank (band) of the ring; and an interior portion in which Jonah could be embedded. Each piece had to be polished and set with gems separately. Something this detailed could never be made out of one big lump of metal, even if I didn’t use different colors of gold. 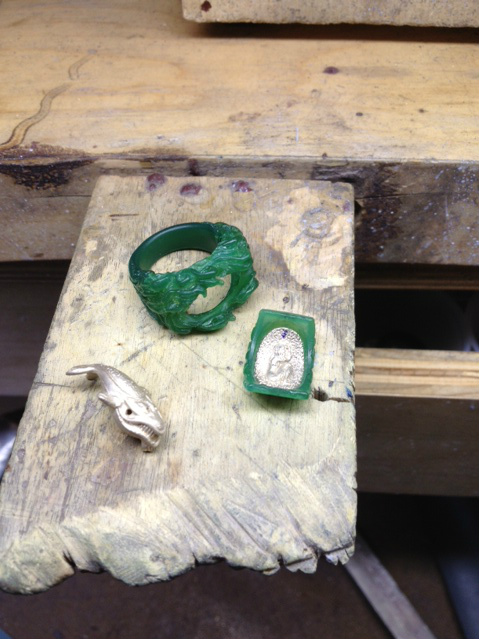 The whale was eventually set with diamonds and given two tsavorite eyes. Tsavorite is a green garnet and one of my favorite gems. 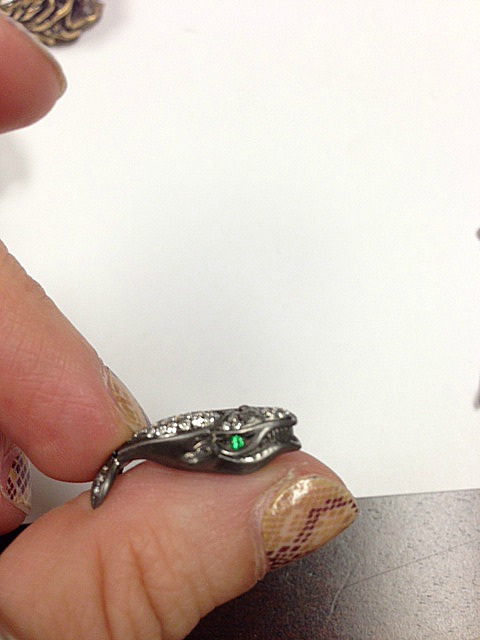 The final result depicts the diamond whale surging through a sapphire sea. 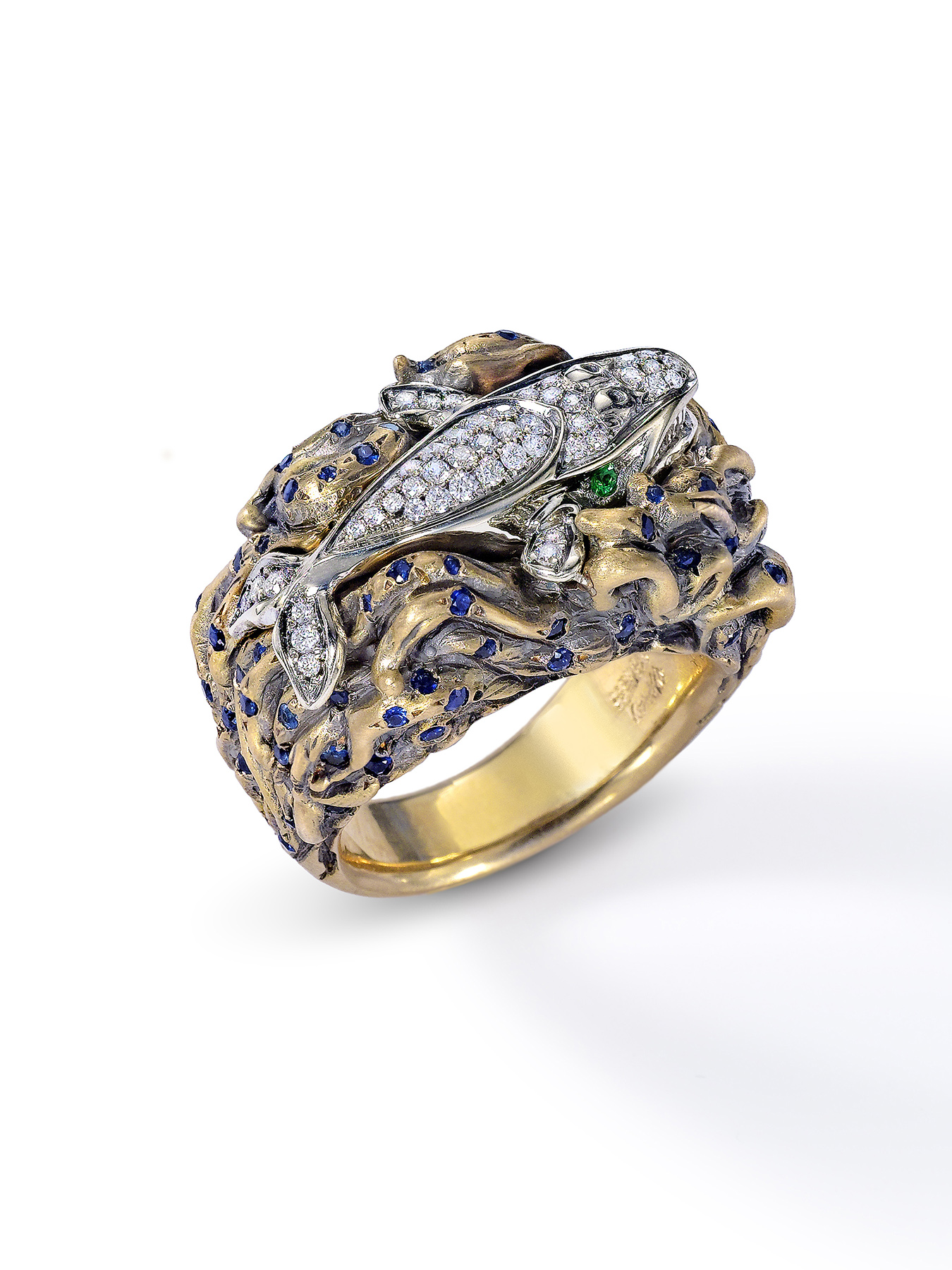 Like a lot of my rings, this one has a surprising heft to it. It’s made with 26.1 grams of gold. To get a better sense of what that means, consider this: a plain 2-millimeter-wide woman’s gold wedding band might weigh around 2 grams, while there are 31.1 grams in an ounce of gold. A weighty ring is another symbol of covert luxury to me — no one can appreciate its true value unless she is wearing it. Using a lot of gold is especially luxurious now because the price of gold is very high (though below its recent record) and many designers are using less of it to keep costs down. I figure that because I’m a small business with no economies of scale, rock-bottom prices are never going to be the No. 1 reason people buy my jewelry. So, as Toys R Us discovered in a very different market, if your products aren’t going to be  inexpensive, they should be very special — something you can’t find anywhere else. In my case, as a bonus, you’ll know that my work will ALWAYS have resale value. That’s the nature of gold.

Here’s another view of the whale swimming along. There are 86 points of sapphires in the “ocean” (there are 100 points in a carat). The diamonds add up to about half a carat, and there are four points of tsavorites. 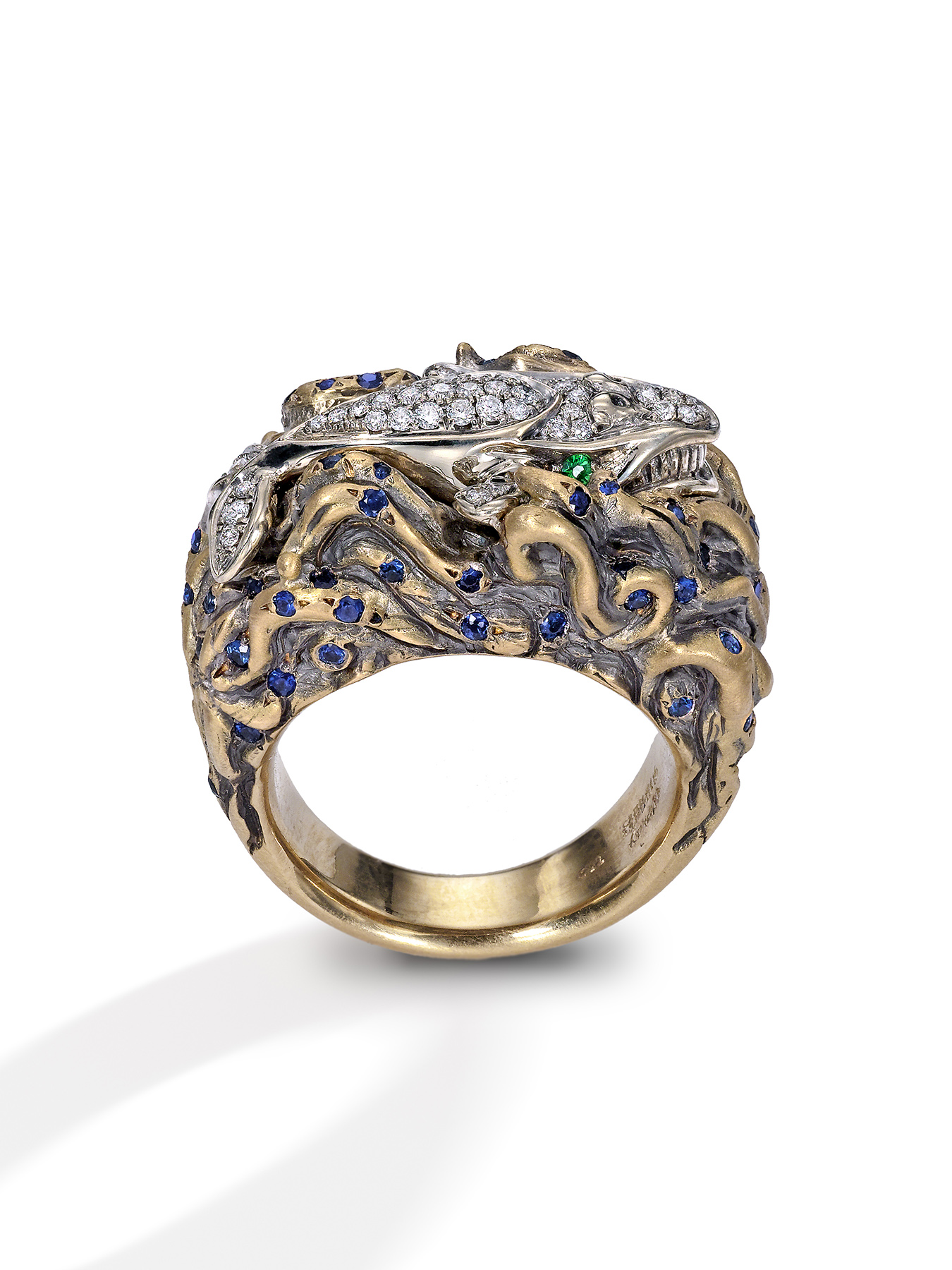 In addition to the diamonds set on the whale, there is a teeny-tiny diamond set in Jonah’s eye. You have to look very, very closely to see it. 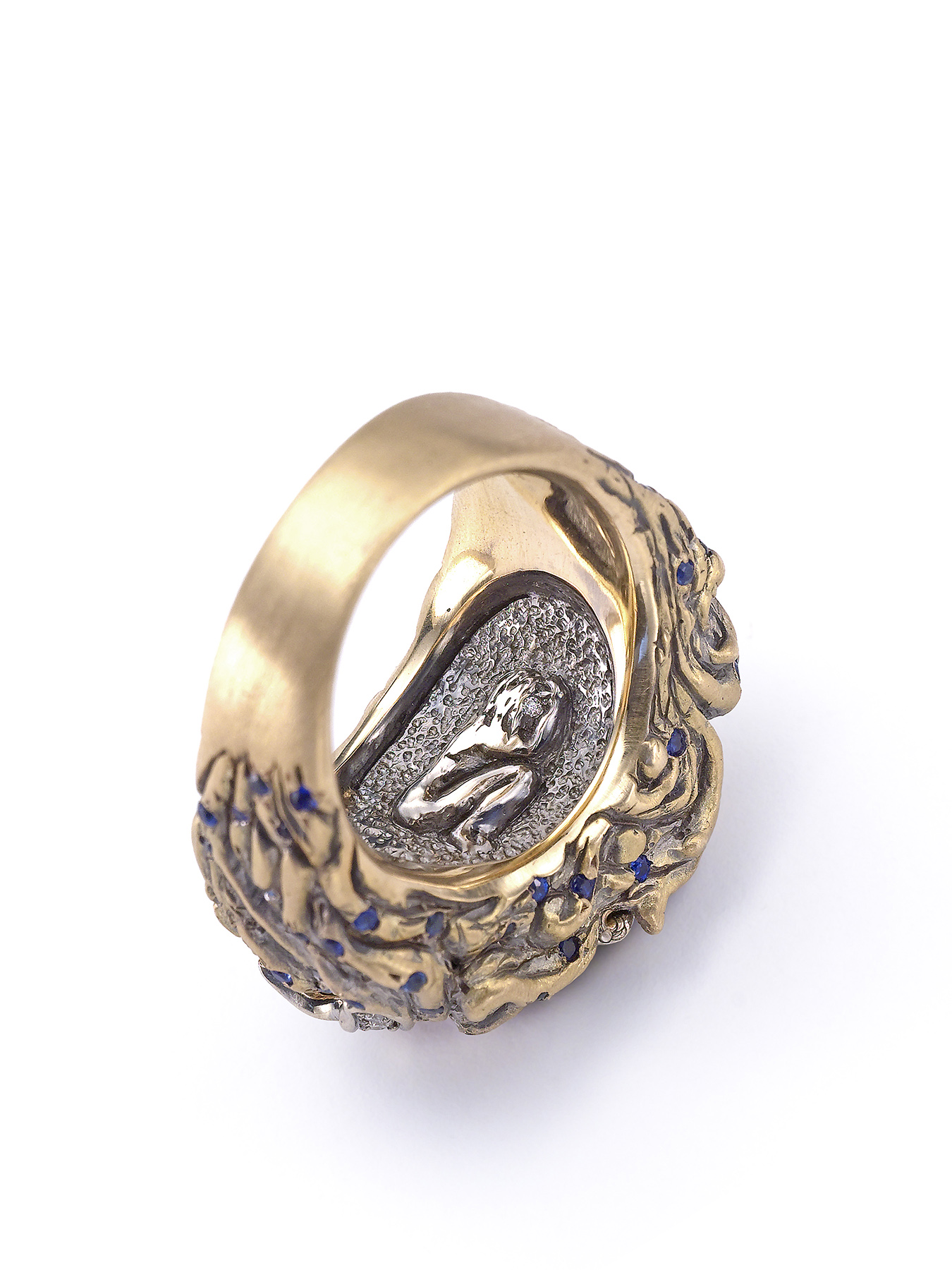 Most of the designs in my luxury Wendy Brandes jewelry line are inspired by powerful women. (The social-media-inspired jewelry is from my WENDYB by Wendy Brandes diffusion line.) I’m enjoying the way this collection complements my larger theme because of the double meaning of man-eater. A man-eater is an animal that consumes a human in one way or another — the whale actually swallows Jonah whole, while the frog obliterates the prince’s identity. Man-eater is also used, often pejoratively, to describe a woman who is threatening or dangerous to men. A lot of the royal women for whom I’ve named designs probably were described similarly, and I like to think they weren’t even insulted by it. If you called bad-ass Empress Wu or poison-expert Catherine de Medici a man-eater, she would probably be like, “Yeah, and your point is?” … right before she killed you.

I’ve made only one whale ring. It is size 6 and the price is available upon request. I can make another in a different size, but no two “Maneater” rings will be exactly the same when it comes to the gems. If you think you’re ready to splurge on a piece of museum-quality wearable art,  email me at wbjewelry at hotmail dot com for more information.

You might also like
I Would Do Anything for Love, But I Won't Do That
Wendy Brandes Jewelry's Emoji Earrings on Elle.com
Jewel of the Month: Chunky Juana Skull Ring
Previous Post: « The Orange Trend at JCK Las Vegas (See Me There!)
Next Post: A Farewell to Jean Stapleton, Plus the Week in Review »