In yesterday’s post, I mentioned that my parents are moving out of my childhood home in New Jersey. They’re clearing out all their old stuff, so I visited last weekend to take a look around. I couldn’t believe some of the things I found! Just last month I was trying to figure out when I’d gone to my first concert, which was Journey at the Brendan Byrne Arena. I thought it might have been May 1983. But, according to the program that I had in a pile of papers all these years, the show was in May 1982, when I was 14. And, because we’re all obsessed with punk this week thanks to the Met Gala, it’s fun to see who was playing at Asbury Park a few weeks after my concert: The Clash! 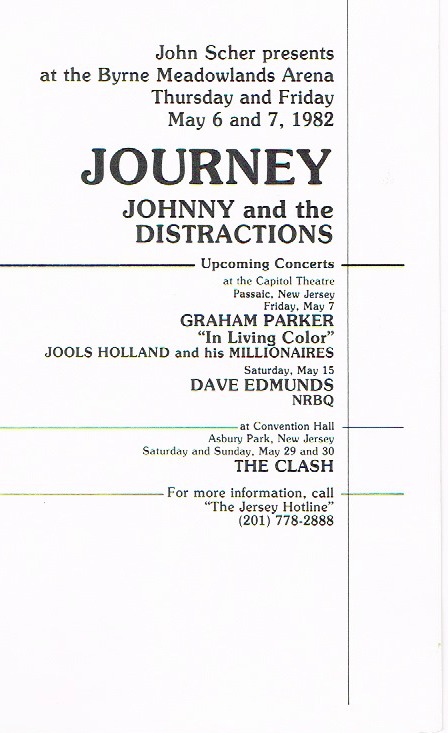 The only other program I found was this one. 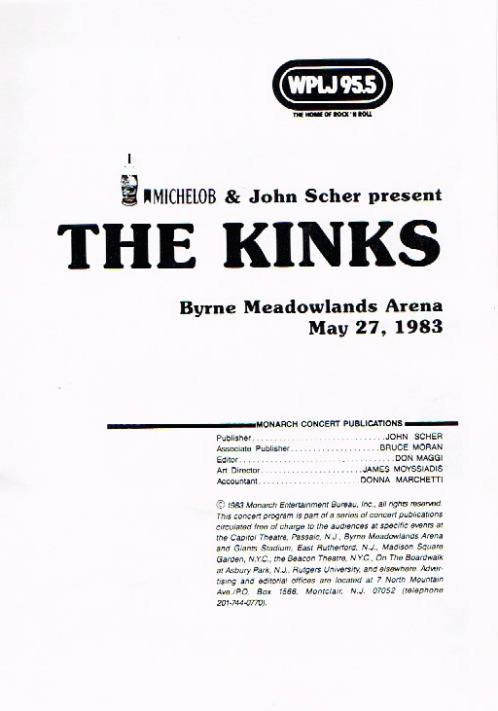 As I feared, all my ’80s concert t-shirts were gone. That idiotic closet-purging rule caused me to chuck all those while I was still in college, but I was praying for a survivor or two. I had such good concert shirts: Frankie Goes to Hollywood, Wham and a whole wardrobe of Duran Duran. Check out the way I layered and belted this one from 1984. Also, that eye makeup! 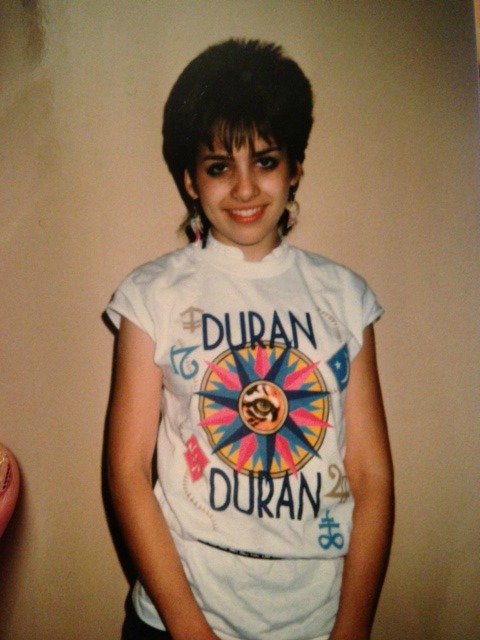 The only major piece of clothing I found was the black cocktail dress I wore to my 1989 college graduation party. I am pretty sure it was from Hartly Fashions in Westwood, N.J. Here I am wearing it back in the day.

Celebrating my college graduation in 1989.

Naturally, I had to find out if I could still squeeze into it. The answer: barely. I am proud to say that I managed to zip it all the way, with help from the family. 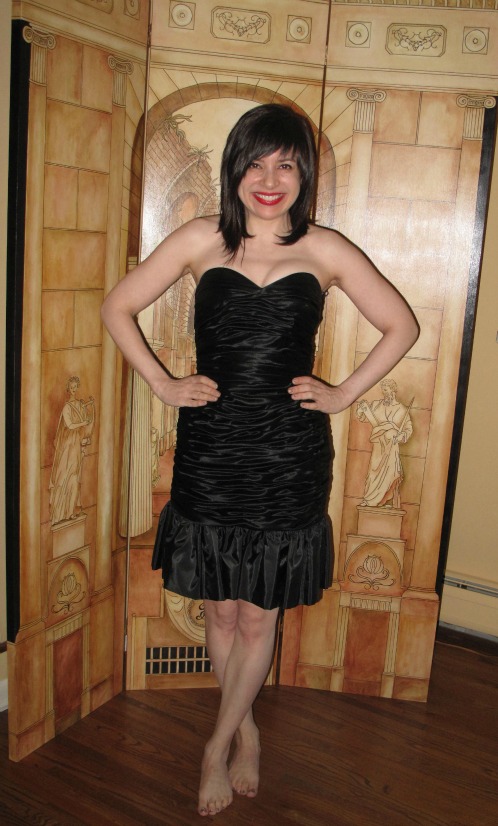 It was really only super-tight at the top, so I’m going to see if Jean from Ghost Tailor can let it out. I think this dress would be fabulous with over-the-knee boots, a denim jacket and lots of gold necklaces.

Even before I started looking through my personal memorabilia and reflecting on the punk-themed Met Gala, I was getting inspiration from the ’80s. (That’s why I’ve been adding more and more single earrings to my jewelry line.)  In particular, I’ve been reminiscing  about one of my favorite stores from my high-school days: Trash and Vaudeville. It’s still on St. Mark’s Place and for months, I’ve been telling my designing friend Stacy Lomman — also a Trash and Vaudeville fan from way back — that we have to go back there and take a look around. When Wall Street Journal style columnist Christina Binkley asked her Twitter followers earlier this week what they’d wear to the Met Gala if they could wear any designer, I didn’t waste a moment contemplating couture. 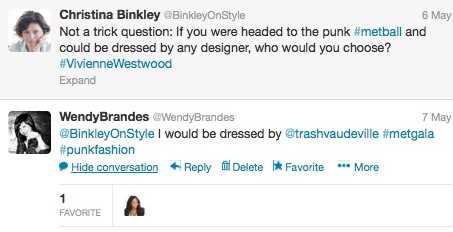 So I’m really excited that today’s New York Times has a story on Trash and Vaudeville by William Van Meter called “The Shop That Punk Built.”  There are some great anecdotes about customers like the Ramones and Tommy Hilfiger, as well as owner Ray Goodman and manager/buyer Jimmy Webb, who is described as a “punk of a certain age.”  I would love to be described that way! But, as I told my family many times, I wasn’t punk; I was New Wave. Big difference. Anyway, I’m glad to see the 38-year-old store getting its due (again). And I still need to go there. I’m not as young as I was, but I have more spending money than I did, so it should be even more fun for me now!