My designing friend Zang Toi showed his Spring 2013 line on September 9 during New York Fashion Week at Lincoln Center.  I wore the floor-length, cowboy-print dress I got from Zang’s Spring 2011 collection. I kept the accessories casual with a fringed purse and boots; I’m not sure that the lady in the blue shirt on the left approved. 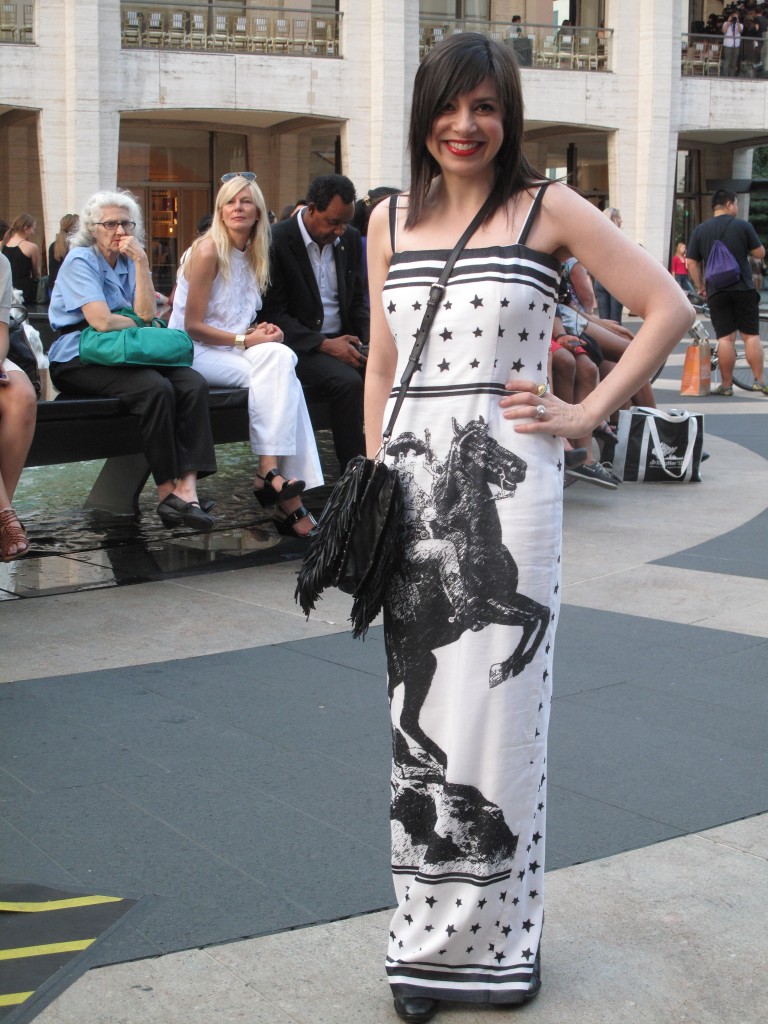 Or maybe she noticed my dress was a little rumpled. I got dressed at the last minute and only then realized that I should have steamed the dress. Because there was no time, I decided to tell myself that all the creasing happened in the taxi on the way over to the show. Mind over matter!

Gorgeous designer/blogger Stacy Lomman accompanied me to the show, wearing the Union Jack ribbon dress from her own Fall 2012 Modern World collection. 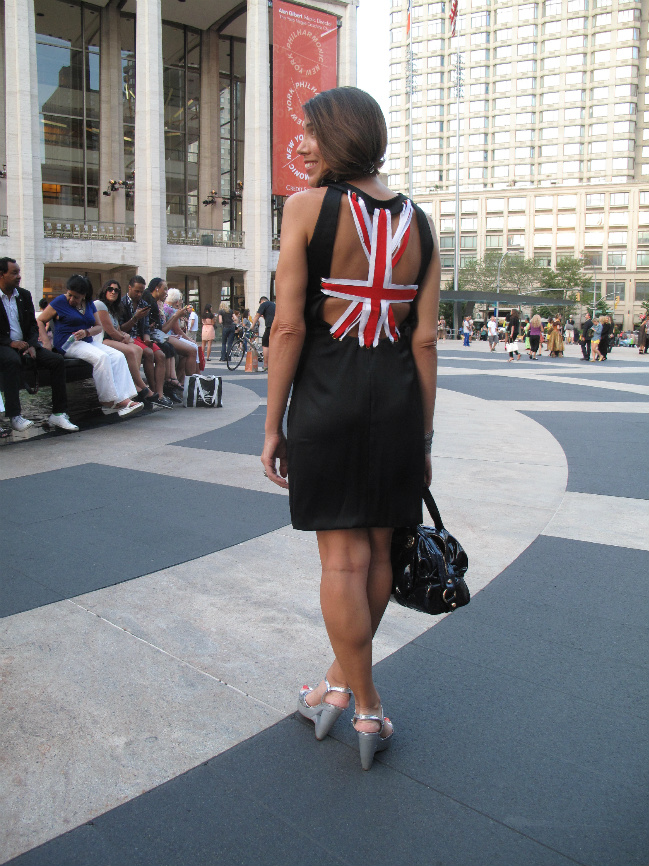 While I was taking pictures of Stacy from the front, a whole bunch of people lined up to take pictures of her back.

My seat at Zang’s show allowed me to peek backstage as the models got ready to walk out. This was the opening look. 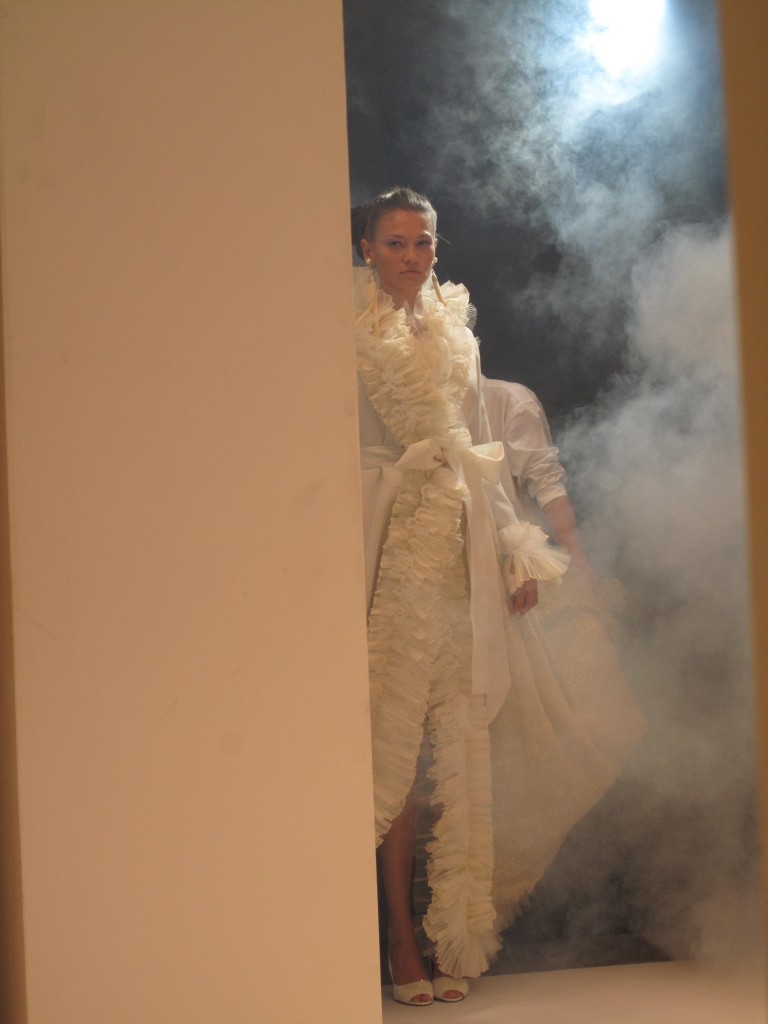 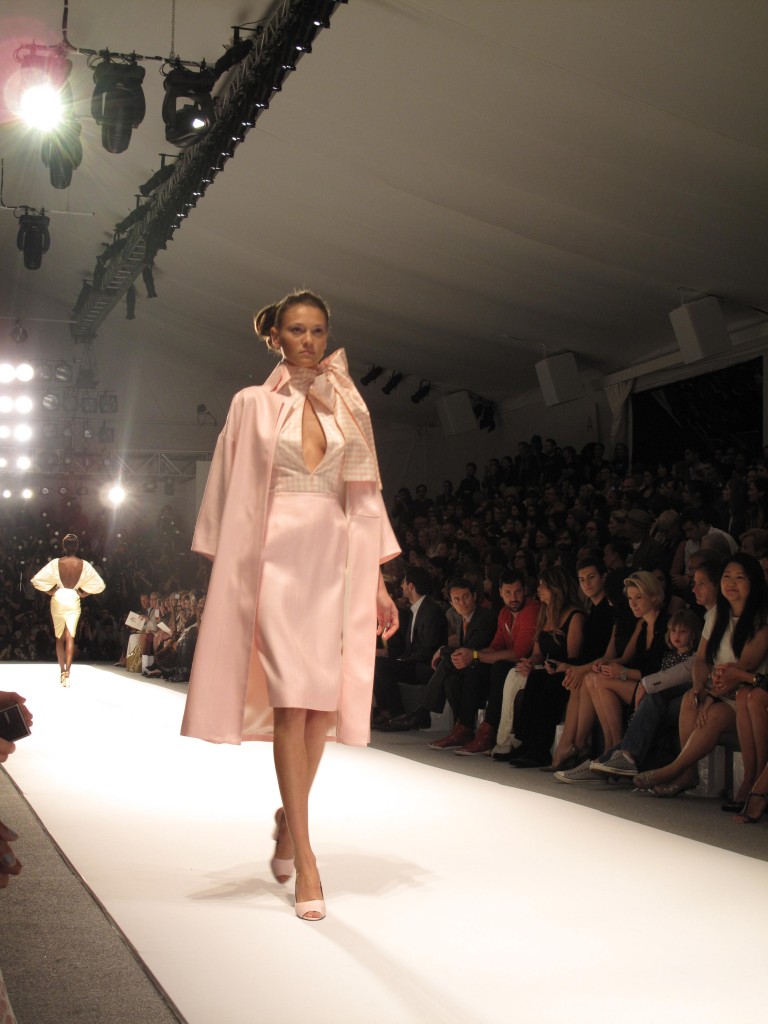 I caught one model getting a last-minute hair touch-up. 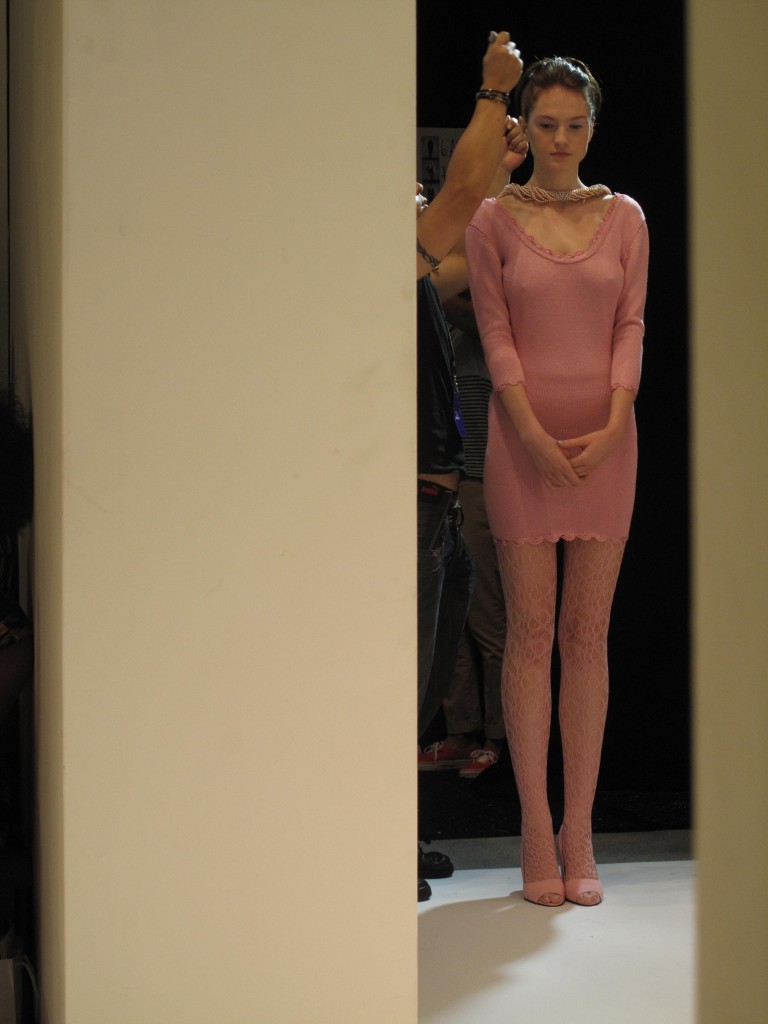 I would have had a lot more photos and video to share, but I lost my iPhone on the way home from the show. This happened the day after I lost an important earring at Madonna’s Yankee Stadium concert. Not a good couple of days for me. I was able to track the phone to Jamaica, Queens, with the Find My iPhone app. I sent it an emergency message, saying there would be a reward for its return. No luck. What kind of person keeps a phone with 100 photos of a grumpy-faced cat on it? There’s something extra mean about depriving a person of her (un-backed-up) cat pictures.

Fortunately, the Mercedes-Benz Fashion Week official YouTube channel has some highlights from the show. Enjoy!