Have any of you seen Baz Luhrmann’s Great Gatsby movie? What did you think? The reviews make me disinclined to see it. I hate the grungy, crowded movie theaters in New York City, so I don’t like to venture into them unless I know the movie is worthwhile. If I were out in Los Angeles, however, I’d happily go see nearly anything at the Arclight Cinemas in Hollywood. I’m obsessed with the Arclight! It’s very civilized there.

Years ago, I designed a necklace and a ring that were inspired, in part, by the delicate beauty of Mia Farrow as Daisy in the 1974 version of Gatsby. 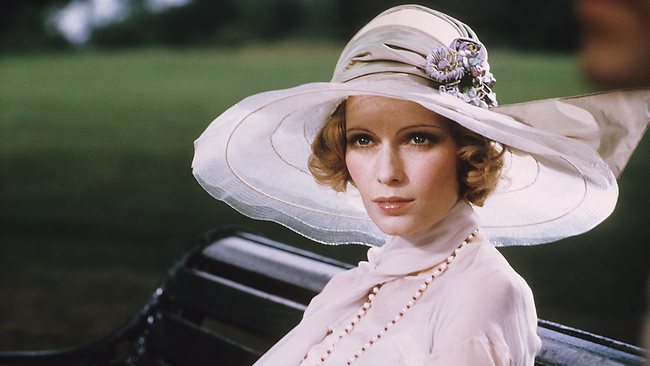 The 18K-gold-and-diamond designs also have a Victorian influence. They’re scent lockets — known as vinaigrette lockets during Victorian times. You can put solid perfume or a little bit of cotton soaked in scent in the lockets, and tiny openings between the daisies allow the fragrance to waft out. Of course, you can just wear the pieces without anything in them too.

I introduced the necklace in 2006. 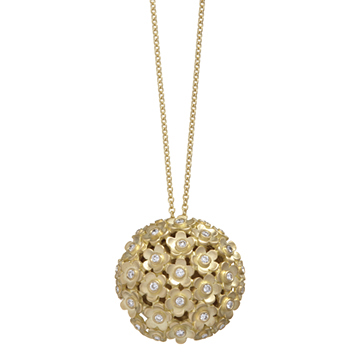 Click to see a photo of the locket open. 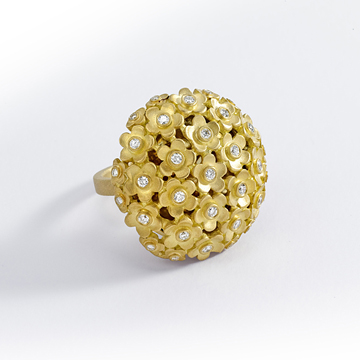 I tried to catch a little of the diamonds’ glitter on Vine. Click here to see.

Here’s a random factoid about Mia Farrow in Gatsby: she was on the cover of the first issue of People magazine when the movie came out. (Here’s the article.) That sticks in my mind because I was working at People when the publication celebrated its 25th anniversary, so I saw a lot of that debut cover image. Another important thing to know about the ’74 Gatsby is that my beloved Sam Waterston played Nick Carraway. Robert Redford starred as Jay Gatsby, and he’s great, but to me he’ll always be second fiddle to Sam and his magnificent eyebrows. Sorry, Bob!