Yesterday I was doing a photo shoot with Marie Claire for a portrait to accompany an essay I wrote for the magazine (I’ll let you know when it’s time to buy my issue). As you may have noticed, I’m always very smiley in photos, but the magazine wanted a “serious” look. I thought I had finally composed myself, but after the photographer and photo editor studied the Polaroids, they told me my eyes were still smiling. 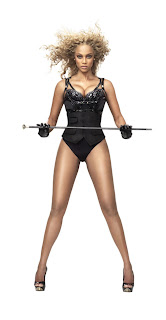 Tyra would heart me!

Maybe America’s Next Top Model will hire me to give smiling eye lessons to the girls! Or maybe I can just win ANTM! Sure, I’m 40 and 5’4″ but it seems the main qualification for the show is “would never make it as a model in the real world” so I will fit right in. At least my eyes smile, dammit!

I eventually was able to get my eyes under control, even though I had a laugh attack when the photographer told me to “go to your dark place.” I will probably get in trouble if I post one of the Polaroids they gave me, even though the particular look isn’t going to be used because I looked “too Asian,” which was a problem only because I’m not Asian. (Maybe that would be an asset on ANTM: “is believable as other races.”) Instead, here is a rare non-smiling picture from 2003. 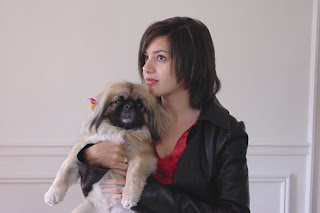 WendyB: “I’m secretly smiling.”
Gigi: “I don’t like her sweater.”

The 2003 photo was taken by my gorgeous (she really WAS a model!) and talented friend Cristina Khuly, who is the director of the documentary film Shoot Down. 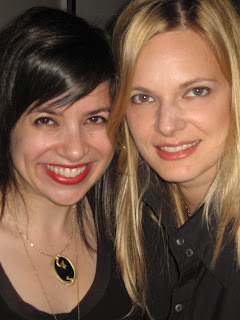 WendyB and Cristina in 2007

Click here to find out what Shoot Down is about. You’ll learn something!

UPDATED TO ADD: See how the shoot turned out here!

You might also like
Photo Flashback to Zang Toi's Showroom
The Week in Review
What Wendy Wore: Prada Lip Dress From 2012
Previous Post: « "I’m Not Dead!"
Next Post: Out and About With the Stay at Home Mom »