I almost forgot to report that Sam Waterston wasn’t the only interesting person I spotted in my hotel in Los Angeles last week.  The first night we were there, MrB and I went to get a drink at the bar. I was excited to see a large white dog snoozing on the floor by a couch. (I’m always enthused to see pets in unexpected places.) Then I looked to the couch, where the dog’s companion was sitting with his back to us. I practically lost my mind, babbling to MrB, “It’s the guy! That guy! The Liza Minnelli guy!” MrB had no idea what I was talking about, but I eventually explained that this was the man we saw at restaurant last year who compared me to Liza Minnelli in an unusual but flattering way. That had been such a strange little conversation with such a distinctive-looking person — what with his black leather hat and giant dog — that it seemed like a dream or a visit from another dimension. But here he was again, apparently real! I had to sneak a picture. 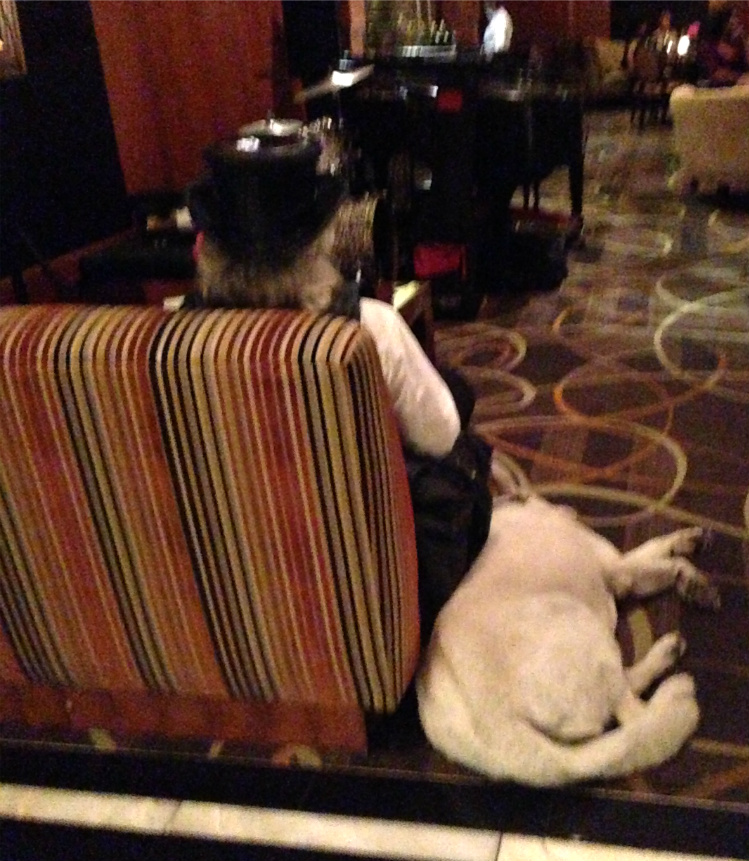 Can anyone identify these two? Inquiring minds want to know.

Speaking of Liza, I see she just performed in London to rave reviews. I wish I could have been there! I need to add a Liza concert to my to-do list.

You might also like
My Best Dressed at the 2017 Met Gala Is ...
Purrkoy the Kitten: More Splendid Than Ever
Zandra Rhodes
Previous Post: « The Weeks in Review
Next Post: Harper’s Bazaar Tells Us to Think Pink! »