Today is rapper Eminem‘s 40th birthday. I hope it’s a good one for him. One’s 40s can be a fun time. I’ve been enjoying mine since I decided I was too damn old to tolerate any more asshats in my life. That meant I had to take a hard look at myself and figure out why I was letting those losers in. Gotta take responsibility for your own actions and stop blaming your problems on everyone else, right?  Having been through rehab, Marshall Mathers might have had that realization long before I did; the Serenity Prayer sums up the situation nicely.

So, happy birthday to Em, and thanks for giving me one of the most fun concert experiences of my life last year at Lollapalooza. 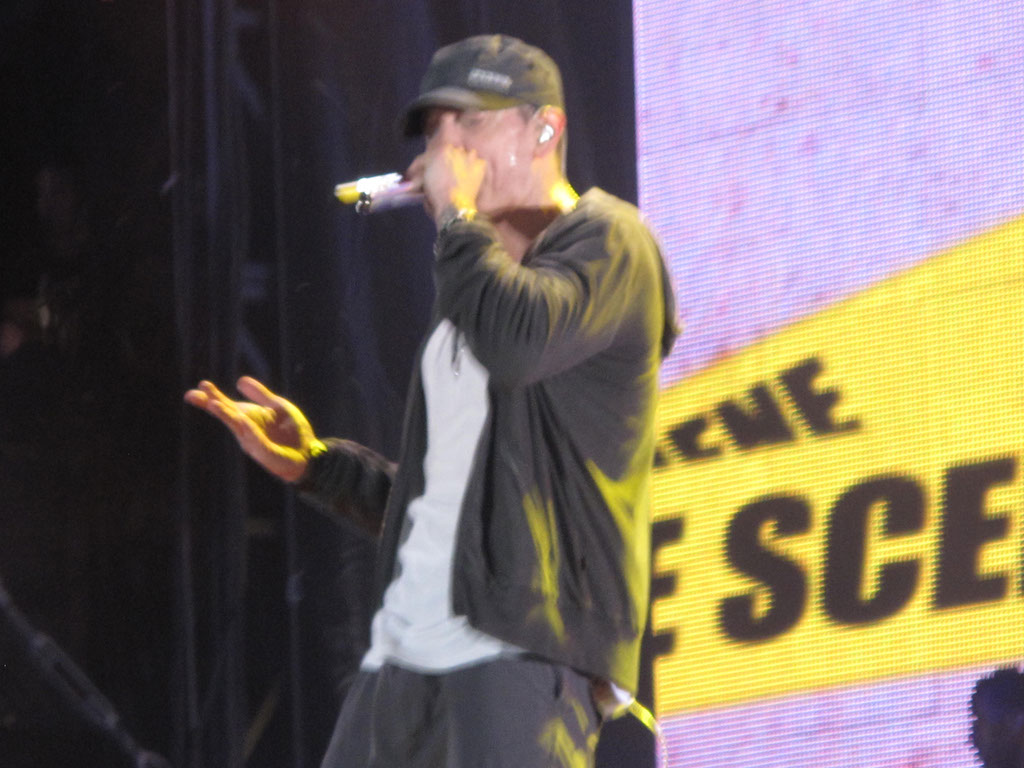 I swear, that day rivaled seeing Frankie Goes to Hollywood at the Beacon Theatre in 1985, and, as you can imagine, I don’t say stuff like that lightly! (No, seriously, that FGTH concert was insane.)

Oh, and any celebs who need to buy a luxurious birthday gift for their favorite rapper should holla at me. I have an idea for a custom bracelet that will blow his mind so completely that he won’t care that you’re giving it to him late.

UPDATED TO ADD: Years later, I discovered the Frankie Goes to Hollywood concert was at the Ritz.

You might also like
What Wendy Wore: Coachella 2017
What Wendy Wore: The Weinstein Company Pre-Oscar Party
Throwback Thursday: My Anthony Kiedis Hair
Previous Post: « Jewel of the Month: Marie Antoinette Earrings
Next Post: Thank You to the Peeps at Patricia Field »