I’ve been listening to a lot of Beastie Boys music since the rap trio was inducted into the Rock and Roll Hall of Fame on April 14. I had a sinking feeling when the Beasties’ MCA, aka Adam Yauch, skipped the event for health reasons. Unfortunately, Yauch died today at age 47.

Yauch first announced he had salivary-gland cancer in 2009. He’d kept a very low profile in the ensuing years: When the group released its delayed Hot Sauce Committee Part 2 album last year, Beasties Mike D (Michael Diamond) and Ad-Rock (Adam Horovitz) had to do their highlarious promotional interview with American Way magazine without MCA.  Before the release, he was forced to deny reports that he’d been completely cured. 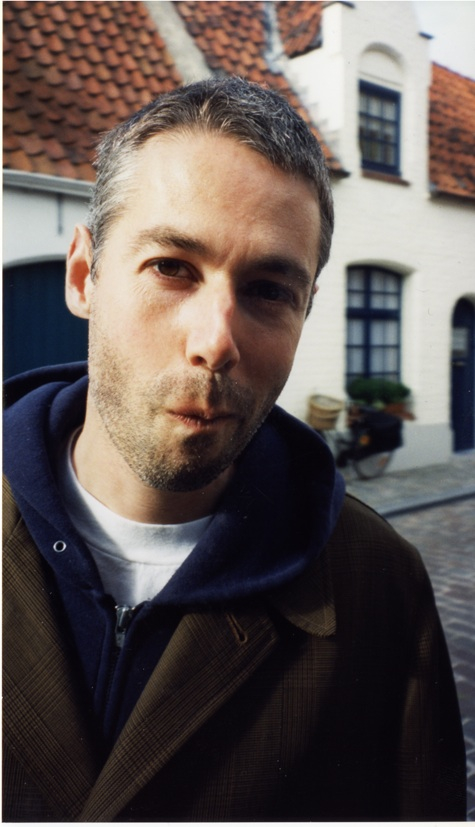 One of my favorite Beastie songs is “Ch-Check It Out.” The group performed the song on the David Letterman show.

Yauch directed many Beastie music videos under the name Nathaniel Hornblower. Today, film critic Stephanie Zacharek tweeted a link to the awesomely funny letter Yauch sent to the New York Times in 2004 to protest Zacharek’s criticism of the “Ch-Check It Out” video. Here is the Borat-worthy letter in its entirety, in case the link doesn’t work for you.

I had the great pleasure of reading your unsolicited critique of the ”Ch-Check It Out” music video [”Licensed to Stand Still” by Stephanie Zacharek, May 16]. It took some time to get to me, as it had to be curried (sp?) on goatback through the fjords of my homeland, the Oppenzell. And in the process the goat died, and then I had to give the mailman one of my goats, so remember, you owe me a goat.

Anyway, that video is big time good. Pauline Kael is spinning over in her grave. My film technique is clearly too advanced for your small way of looking at it. Someday you will be yelling out to the streets below your windows: ”He is the chancellor of all the big ones! I love his genius! I am the most his close personal friend!”

You journalists are ever lying. I remember people like you laughing at me at the university, and now they are all eating off of my feet. You make this same unkind laughter at the Jerry Lewis for his Das Verruckte Professor and now look, he is respected as a French-clown. And you so-call New York Times smarties are giving love to the U2 because they are dressing as the Amish and singing songs about America? (Must I dress as the Leprechaun to sing songs about Ireland so that you will love me? You know the point I make here is true!)

In concluding, ”Ch-Check It Out” is the always best music film and you will be realizing this too far passing. As ever I now wrap my dead goat carcass in the soiled New York Times — and you are not forgetting to buy me a replacement! Please send that one more goat to me now!

The writer, whose real name is Adam Yauch, is a member of the Beastie Boys. He directs their music videos under the pseudonym Nathanial Hornblower.

And here I was trying to buy a yeti for Mike D when I should have been fundraising for a goat for MCA! Damn.

While on Twitter today, I also saw the standard “Who is Adam Yauch and why should I care”-style tweets. The people who take time out of their busy days to write “Who is this person?” in a nasty way (as opposed to the “I don’t know who this is, but he sounds interesting, I’ll check him out” way) always irritate me. It’s most offensive when done about a recently deceased person, but annoying under any circumstances. Once someone wrote “Who is this?” about me in the comments of an online interview I did. I didn’t bother to answer, but I thought:

“Who am I? Nobody. But at least I’m not a fucking narcissist who thinks there’s no value in anything or anybody that hasn’t registered in my pea brain. I can acknowledge that there’s a whole world outside my world, you jackass.”

Today, in memory of MCA, a Buddhist, I’ll take a deep breath when I see that dumb shit and remember what the Beasties said in their song “Bodhisattva Vow“:

“If others disrespect me or give me flack/
I’ll stop and think before I react/
Knowing that they’re going through insecure stages/
I’ll take the opportunity to exercise patience/
I’ll see it as a chance to help the other person/
Nip it in the bud before it can worsen.”

Another quote to remember: “You gotta fight for your right to party!” That’s really important too!

UPDATED TO ADD: Speaking of being an idiot who doesn’t know anything about anybody, I have a vivid mid-’80s memory of going to see dramatist Israel Horovitz’s play, Today I Am a Fountain Pen. Horovitz had a long and fruitful career before that play, but my teenager reaction was, “Oh my God, that’s so freaky that Ad-Rock‘s FATHER writes plays!” We didn’t have Google back then, so my ignorance was slightly more justified than it would be today but still …

UPDATED AGAIN TO ADD: I enjoyed this New Yorker story about Yauch by music critic Sasha Frere-Jones, particularly the portrayal of the rapper’s evolution into “a man who could say he was sorry and not feel lessened by it.”

You might also like
Throwback Thursday: Duran Duran, 1980s and Now
"Leaf Me Alone" Minx Manicure by Tracylee Percival
These Music Videos Are Clean, in a Way
Previous Post: « OMG! Tennille Is So Kinky!
Next Post: Nuthin’ But a “G” Ring »