The Wall Street Journal has a story headlined, “Very Bright Lipstick, All the Time.” In it, Elizabeth Holmes writes:

“In the beauty world’s eternal cycle between eyes and lips, it’s lipstick’s moment. Many women are adopting a signature standout lipstick color—bright red, rich coral, vivid pink—to wear day or night with everything in their closet.”

“The makeup at Zang’s show reminded me to bitch about how red lipstick is, once again, the ‘in’ look. One of the glossy magazines even had a page on red lipstick ‘for all ages,’ which must have made How Not to Look Old author Charla Krupp weep youthful-looking tears. The periodic revival of red makes me feel like the broken clock that’s right twice a day, except I’m only right twice a decade or so. I keep doing my red lips year in and year out — for about 20 years now — and most of the time various fashion gurus are telling me that it’s aging and terrible and I need to switch to pink/nude lips. But then, suddenly, and usually for a very short period of time, red lipstick is fresh and chic.” 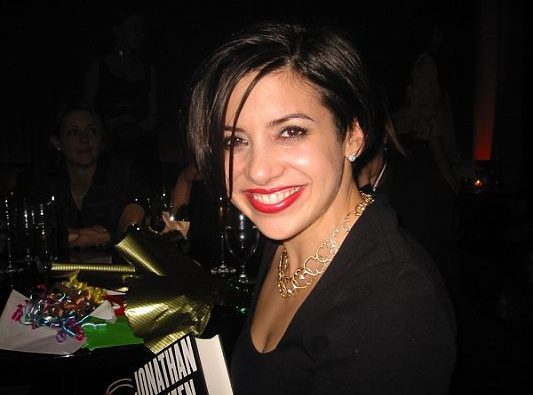 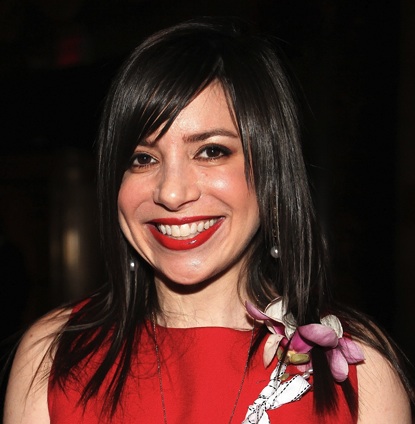 I clearly have no future as a beauty writer. I lack the requisite enthusiasm for what Elizabeth Holmes aptly terms “the eternal cycle,” at least when it comes to lipstick. It would be hard for me to promote nude lips during red’s off years. But most of the time, I am amused by the way fashion repeats itself. Coincidentally, today’s New York Times has a story about clothing designer Douglas Ferguson, whose heyday was in the 1970s and 1980s and whose vintage pieces are being sold by my friend Evan at his store Frock. (Tina Turner wore a Ferguson dress on the cover of Vanity Fair in the ’80s.) Ruth La Ferla of the Times notes that Ferguson’s Art Deco-inspired look has popped up again on the spring runways.

“And now, strangely enough, many of his Art Deco-flavored frocks bear an uncanny resemblance to the shimmering Jazz Age looks that proliferated on the spring runways. Mr. Ferguson, who still designs for private clients, is not that surprised that many of his inspirations have found their match at Gucci, Alberta Ferretti and Ralph Lauren. The shelf life of his dresses was never limited to a particular period or decade, he said.

I love that last sentence. That’s my jewelry-design goal. If you put my Empress Wu dragon earrings next to a lot of modern pieces, you’ll think the earrings are antique. 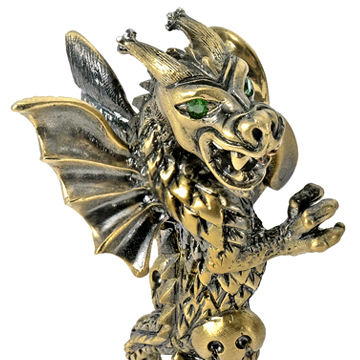 A detail shot of my Empress Wu earrings. Click for more information.

However, if you put the earrings next to an actual antique piece, my work is clearly modern. I’ve always felt that if you can’t quite pin down the era a piece belongs to, the jewelry looks timeless. It becomes a forever thing … like red lipstick.

Note: Author Charla Krupp, mentioned in my 2009 post quoted above, died from breast cancer in January. The New York Times said, “She was 58, but looked a perennial 49.“