Since I started this blog in 2007, it’s been easy to keep track of when I’ve purchased clothes or accessories, but anything pre-2007 can require a bit of guesswork because I wasn’t taking deliberate “outfit photos” back then.

It turns out that they are older than that! I recently stumbled upon this photo of the brand-new boots in 2002. The late, great Mr. Chubbs is seen contemplating their beauty. 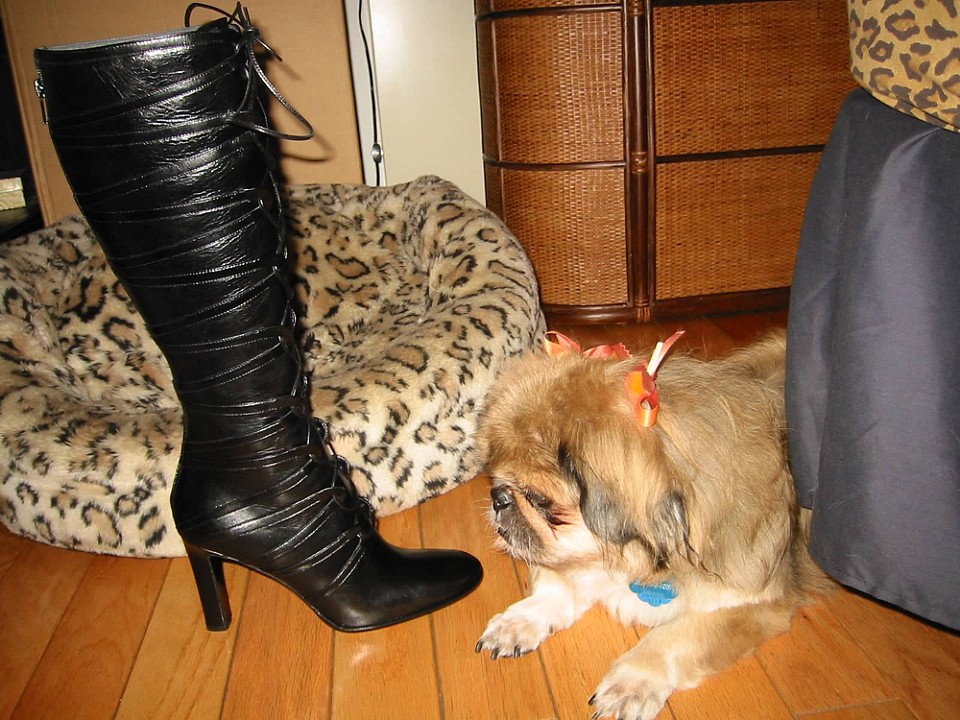 The reason the boots warranted a special photo was explained in this 2009 outfit post:

“I originally tried on the boots at Bergdorf Goodman, but the last pair was half a size too large for me. I became determined to get those boots. After calling all the U.S. stores I could think of, I called the Jil Sander office, where I was told there was no hope. No boots for you! However, nothing inspires me quite as much as someone telling me there’s no hope.  I started calling stores in Europe. Ultimately I described the boots to bemused but helpful Harrods sales associate, who sent them on their merry way to me.

And here’s a #ThrowbackThursday outfit photo from that same 2009 post. 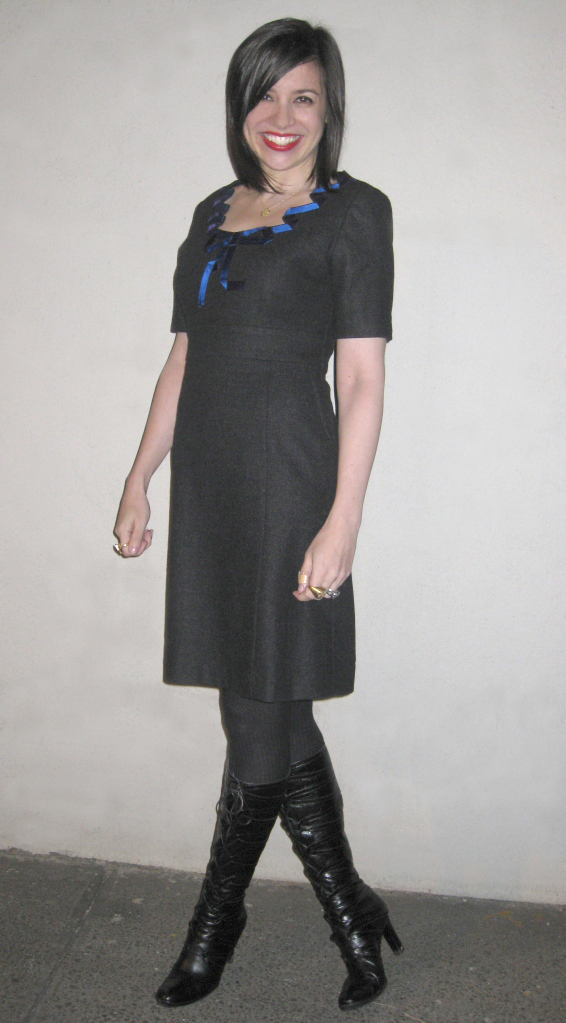 Click for another photo featuring the coat that matched this dress.

I must say that I’m liking my hair in that picture. Anyway, I’m delighted that this particular boot mystery is solved. Maybe I’ll be able to pin down my Helmut Lang boots next.

You might also like
What Wendy Wore: Happy Hour With Jorge
Creepy, Kooky, Mysterious, Spooky
Hanging With Zang
Previous Post: « Wednesday’s Video: How to See My Jewelry IRL
Next Post: The Weeks in Review »