I wish I could travel to as many interesting places as my jewelry does, but, for now, I’m living vicariously. I finally got a hard copy of November’s inaugural issue of Harper’s Bazaar Brasil, in which supermodel Gisele Bündchen is wearing two of my rings. I think they’re the “3” from the two-ring emoticon heart set and a “C” from the “NYC” set. I don’t know what that means, but if Bazaar likes it, I like it too. 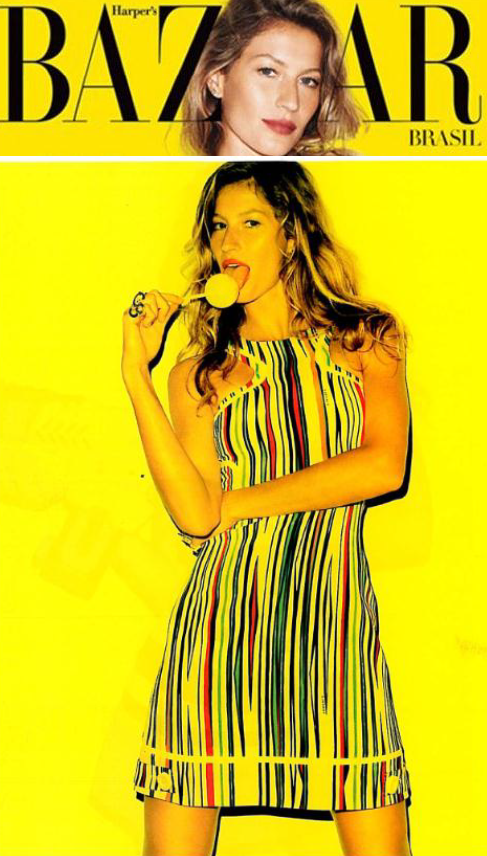 This was the shoot where I let Gisele keep some rings. She picked the exclamation points from two swear-ring sets.

My Marie Antoinette ring, onyx skull ring and Queen of Scots necklace all made it into the December issue of Harper’s Bazaar Australia. Here’s a shot of the rings together. I like seeing them in the same photo because their tsavorite (green garnet) settings match. 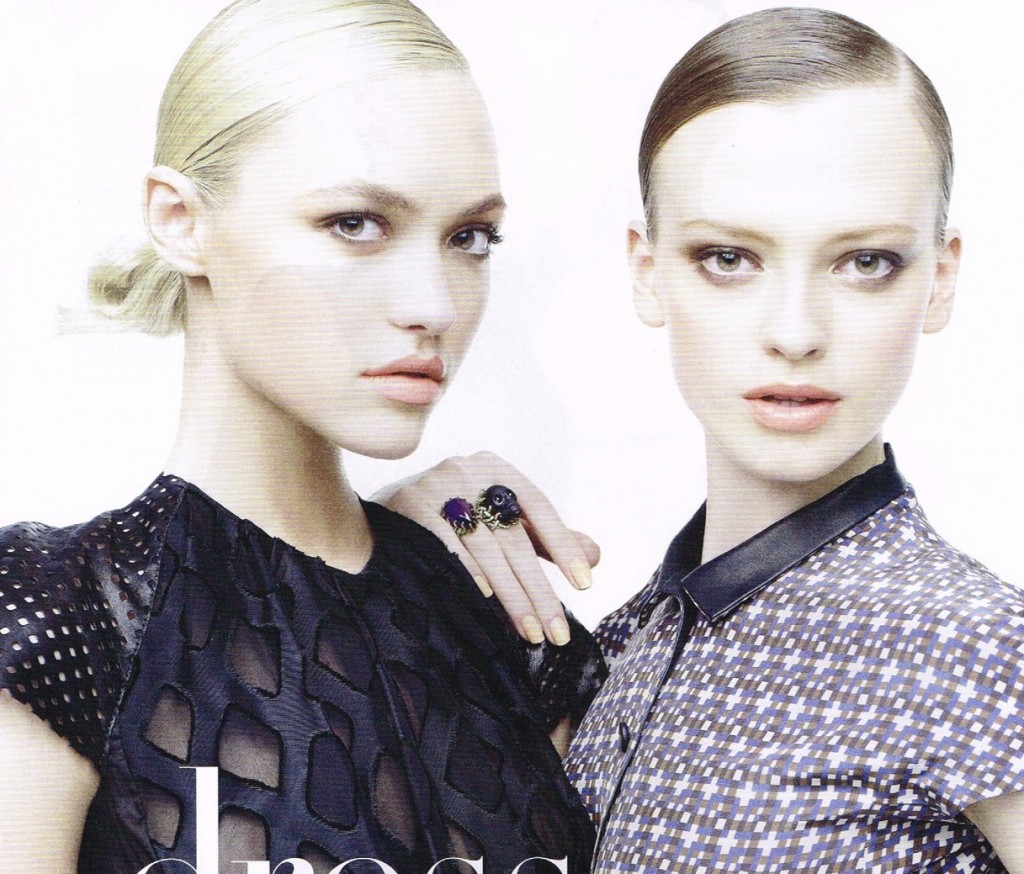 Thanks, Harper’s Bazaar! Don’t forget to put me in your U.S. edition too!

You might also like
Beware of Nontraditional Gems in Engagement Rings
Be Specific About What You Wish For
Where's the Romance, Oxford Dictionaries?
Previous Post: « I’d Pluck It
Next Post: These Music Videos Are Clean, in a Way »