I don’t usually let artists’ personal failings stop me from appreciating their professional efforts. There wouldn’t be a lot of art left to enjoy if character references were required.  I still tear up thinking of John Lennon’s murder — which happened 31 years ago today — even though many people have testified that he was not always “peace and love” guy. And I sure wouldn’t have wanted to be one of Picasso’s wives/lovers, and not just because I don’t look my best when reduced to cubes. 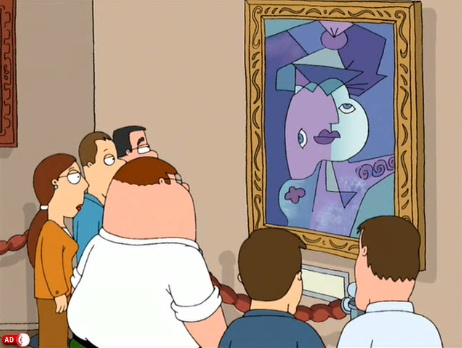 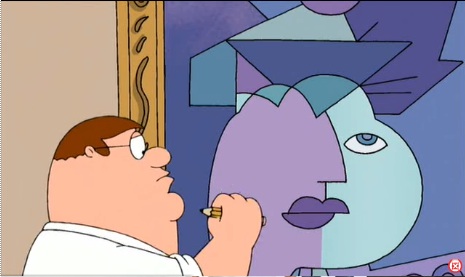 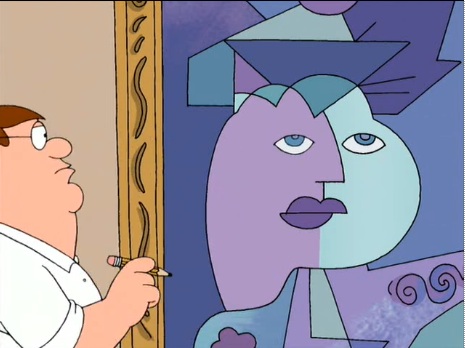 Of course, there are exceptions to every rule, and actor Alec Baldwin is my exception because his behavior reminds me of some personal experiences. Baldwin first got on my bad side when a voicemail he left for his tween daughter Ireland was leaked to the media in 2007. “You are a rude, thoughtless little pig,” he told his child. At least he knew what animal she reminded him of, because he didn’t seem sure of her age, as he went on to say: “I don’t give a damn that you’re 12 years old, or 11 years old, or that you’re a child, or that your mother is a thoughtless pain in the ass who doesn’t care about what you do as far as I’m concerned.”

The mother in question was Baldwin’s ex-wife, actress Kim Basinger. After the voicemail leaked, Baldwin’s spokesman blamed Basinger and said that Baldwin, “… will do what the mother is pathologically incapable of doing … keeping his mouth shut and obeying the court order.”  But even before Baldwin was accusing his ex of parental alienation, there were anecdotes about his temper: when Basinger — who has her own issues, including agoraphobia — filed for divorce in 2001, her father noted Baldwin’s anger problems. Baldwin’s own brother, Billy, called him “volatile” while defending Alec.

The “thoughtless little pig” incident occurred at the end of the first season of Baldwin’s successful turn on the NBC television show 30 Rock. According to Baldwin, he told the network he wanted to quit to focus on parental alienation issues, but the network wouldn’t let him go. (He also considered suicide, he told Playboy in 2009, but didn’t want to give his ex-wife that “victory.”) Since then, he’s kept a high profile, continuing on 30 Rock; hosting Saturday Night Live three more times for a record 16 host appearances; co-hosting the Oscars in 2010; and pondering a future run for mayor of New York City. A 2010 incident, in which Baldwin grabbed at a photographer, didn’t slow him down. (Baldwin had just been released from a hospital where he was taken after Ireland called 911, reportedly saying her dad had threatened “to take some pills.” The combination of Ireland and hospitals is bad for photographers: Baldwin scuffled with one when he and Basinger bought Ireland home after birth.)

This Monday, during an appearance on Conan in Los Angeles, Baldwin was in good spirits as he joked about how Indian cab drivers in New York tell him they’d vote for him for mayor. But, as I watched him, I was thinking of certain angry and paranoid people I have dealt with who, for short periods of time, can put up a charming “hail fellow well met” facade. These people make you feel special while they tell you the rest of the world has done all these bad things to them that have caused them, in turn, to behave badly. They’ve been victimized, provoked, cheated, misunderstood and undervalued by everyone from their spouses to the plumber. I learned the hard way that these people — the ones who blame everyone but themselves for behavior that’s entirely within their control — will quickly add you to their shit list.

Considering all that, I wasn’t surprised when Baldwin’s mayoral facade slipped a day after the Conan appearance. On an American Airlines flight headed to New York from Los Angeles, Baldwin got into a dispute about turning off his mobile device. He was playing the Scrabble-like game Words With Friends. He tweeted: “Flight attendant on American reamed me out 4 playing WORDS W FRIENDS while we sat at the gate, not moving. #nowonderamericaairisbankrupt” The plane was taken back to the gate and he was removed, so he had time to issue a few more tweets, including, “United Airlines should buy Words With Friends,” before getting on another American flight. I never thought I’d take an airline’s side on anything, but I was fucking delighted when American issued a statement calling a certain “passenger” rude. (Julie Frederick from the Association of Professional Flight Attendants said, “There is a difference between being funny and being mean. Flight attendants have not been the only recipients of Alec Baldwin’s ill temper.”) Baldwin reacted to the hullabaloo by deactivating his Twitter account. Does this behavior sound familiar? Temper tantrum followed by justification/blaming followed by quitting/attempted quitting? Paging 2007! I must say that I know nothing about Kim Basinger. She could be a saint, a run-of-the-mill neurotic or the father-alienating witch that Alec Baldwin says she is.  But she’s not the one who keeps getting caught! And unless Basinger was the one playing Words With Friends with him, this time it’s not on her.

On second thought, maybe my dislike of Alec Baldwin doesn’t have anything at all to do with my experiences with emotional abusers. Maybe it’s just that of the hundreds of disgusting things I’ve laughed at on Family Guy, the one that really traumatized me was the image of Alec Baldwin feeding his brothers. 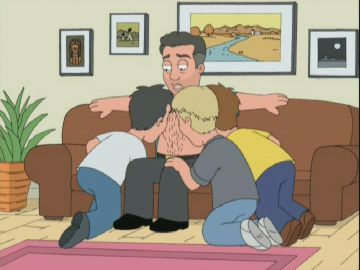 Going back to that Conan show, I was obviously not watching it for Alec Baldwin. I don’t even watch 30 Rock, even though everyone loves it and I know — from Family Guy, where the hell else?! — that 30 Rock‘s star and creator Tina Fey is better than Jesus.

I was watching Conan to see rapper Yelawolf perform. Unfortunately, the second Yela was on camera, he grabbed his own dick. I thought, “It would be much more interesting if a rapper would grab another rapper’s dick for a change instead of his own. I could be into that.” No, that’s not what I thought! While that scenario would indeed be more interesting to me, what I thought was, “Yela, please let go of your dick before MrB looks up and says…” At that moment, MrB looked up and said, “Why is that guy holding his dick?” Not only did I not have an answer, but, because Yelawolf held on tight for his whole performance, I couldn’t concentrate on anything else. MrB’s bafflement was so palpable it affected my hearing and vision. Now I’m going to have to sue MrB for causing rapper alienation. How thoughtless of him!

UPDATED TO ADD: As always, Alec’s bestest friend, Saturday Night Live producer Lorne Michaels gave the jackhole an opportunity to get on television and make light of his bad behavior. Watch it and weep!