Have you watched Killing Eve yet? That’s the BBC show on Hulu that Sandra Oh has been winning awards for recently. Oh stars as Eve Polastri, an intelligence officer who becomes obsessed with stopping a sociopathic assassin known as Villanelle (Jodie Comer).

I came to the show a little late — urged on by my designing friend Stacy Lomman and my stepdaughter Isabelle — and I was instantly obsessed. After I finished season 1, when I reported back to Stacy, she said, “You know we met Konstantin, right?” OMG! Yes, we did! Before actor Kim Bodnia played Villanelle’s handler on Eve, he was the torturer known only as “Rosewater” in the 2014 movie of that name. Rosewater was based on the real experiences of BBC journalist Maziar Bahari, an Iranian-born Canadian citizen, who returned to Iran and reported on the violent protests that broke out over suspected election fraud in the re-election of Mahmoud Ahmadinejad as Iran’s president. As a result of his reports, Bahari was arrested, accused of being a spy, and tortured for 118 days.

The Committee to Protect Journalists — which works to free imprisoned reporters such as Bahari — invited people involved with the movie to its International Press Freedom Awards dinner that year. Voilà! Killing Eve’s Konstantin! 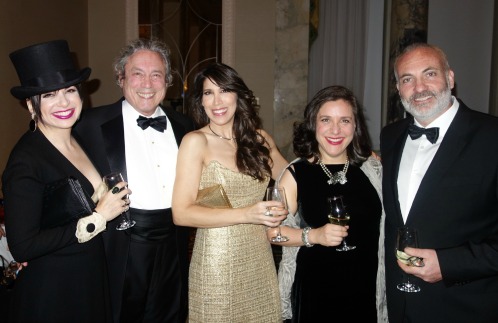 Stacy and I had gone to a Rosewater screening a couple of weeks before the dinner, and for some reason, I’ve never forgotten which vintage Ossie Clark dress I wore that night. 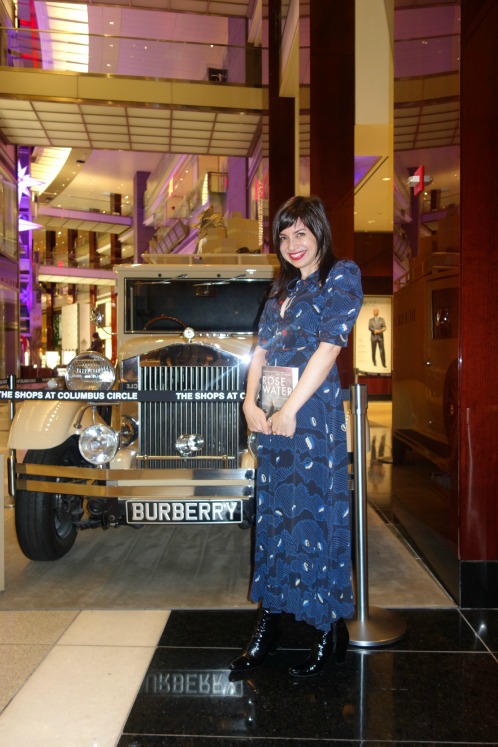 Thanks to the blog, I can always look up what outfit I wore when, and I always DO look them up! The one event/dress that I don’t have to double-check is this one. Why did it sear itself into my memory? No idea. But considering I’ve been thinking a lot about Ossie Clark this week, this makes me feel like “it’s allllllllll connected.” Or maybe that’s because I just finished the first season of Russian Doll on Netflix. I highly recommend that one!

You might also like
I'm a Pretty Girl (So Vote for Me)
eBay Picks of the Day
Francis Graffiti Dress Plus Tights
Previous Post: « Throwback Thursday: Ossie Clark in 2005, 2011, 2019
Next Post: “Killing Eve” Slays Fashion With Floof »