Every time I see Flo Rida’s 2009 “Right Round” video on the rap-music TV channel piped into my gym, I think, “Why is this guy standing on a giant, rotating Oreo?”

Despite the big cookie, I love this song (which features Ke$ha‘s voice) because it samples, “You Spin Me Round,” a 1984 song by British New Wave band Dead or Alive. I was crazy for Dead or Alive in 1984, especially their first album, Sophisticated Boom Boom. While listening to it, I used to stare adoringly at the album cover, which featured lead singer Pete Burns crouching in a sea of animal prints. 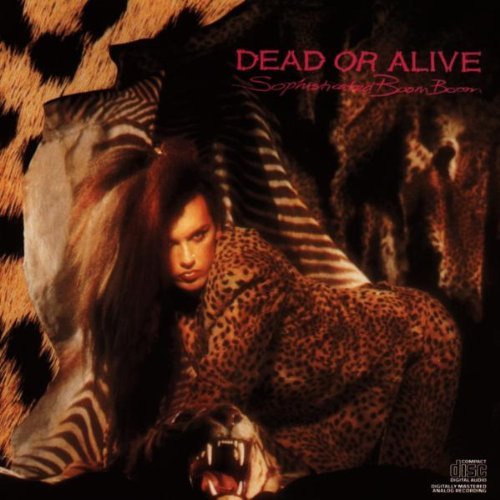 Due to horrific plastic surgery, Pete Burns is no longer the androgyne of my early ’80s dreams, but I still prefer his cover of KC and the Sunshine Band‘s “That’s the Way (I Like It)” to the original.

You might also like
Throwback Thursday: Eurythmics and Courtney Love
What Won't Be in My Next Collection: Family Guy Jewelry
Skylar Grey's Necklace and New Song, and My Cher Memories
Previous Post: « My Virginia Woolf Whistle Necklace in and on ELLE
Next Post: Style Icon: Walt “Clyde” Frazier »