The MTV Video Music Awards have kept Beyoncé on my mind, so it’s a good day to finally do my Beyoncé concert post.  MrB and I caught the Formation Tour at New York’s Citi Field on June 7 — in between my return from the JCK jewelry trade show in Las Vegas and our trip to Vienna.

We had floor seats very close to the center runway, so this was the closest I’ve been to Queen Bey (I’ve seen her perform three times before: With Destiny’s Child, solo, and a guest appearance with Jay Z.) 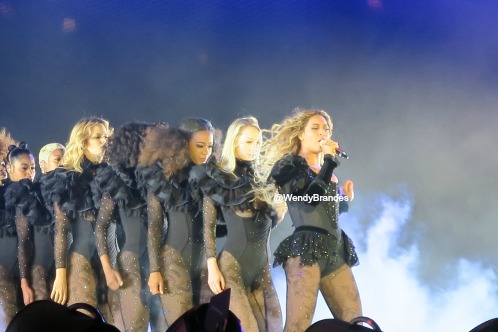 I’ve gotten addicted to being as close to the performer as possible at concerts. Seeing their expressions with your own eyes instead of on a giant video screen does make a difference. 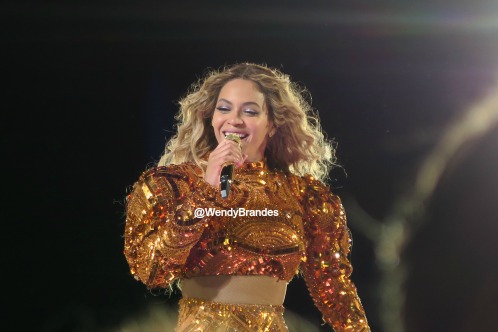 I was glad to be able to get a close look at the backup dancers too, because they were fierce. 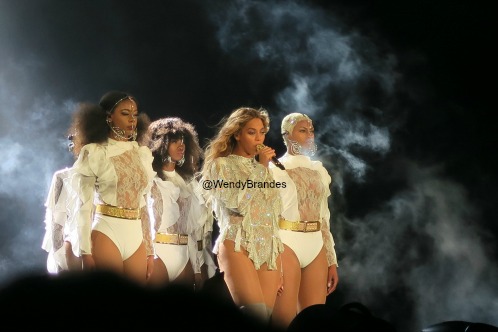 I never get tired of aerial acrobatics during concerts. 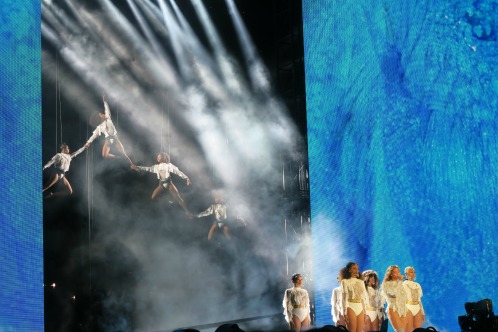 It was chilly and very windy that night. I was shivering in jeans and a jacket. I hope adrenaline kept all the leotard-wearing performers warm. 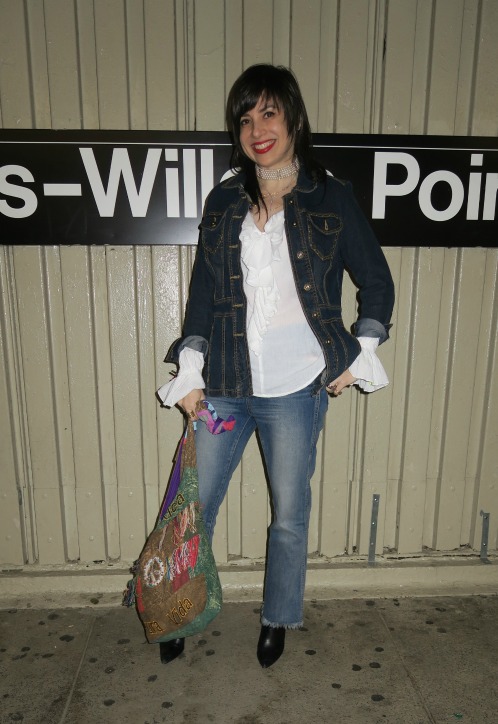 I remembered this weather fondly a few weeks later when we saw Paul Simon during a monsoon.