Gorgeous blogger Vyque of Fasshonaburu got married in Virginia on September 17 and I was there! Vyque and the new Mr. Vyque (aka Curtis) were on cloud nine … and a livestream. They’re modern that way! 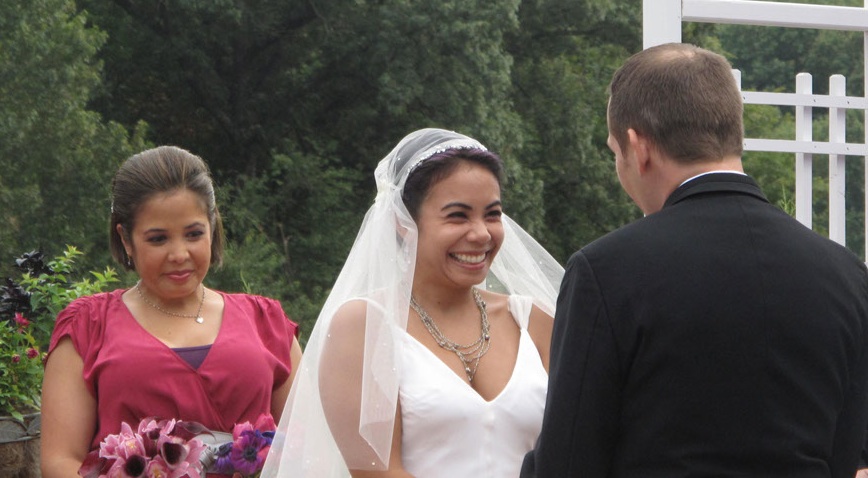 Vyque designed her ombre violet gown herself and had it made by local wedding-gown expert Angie Cavallaro. 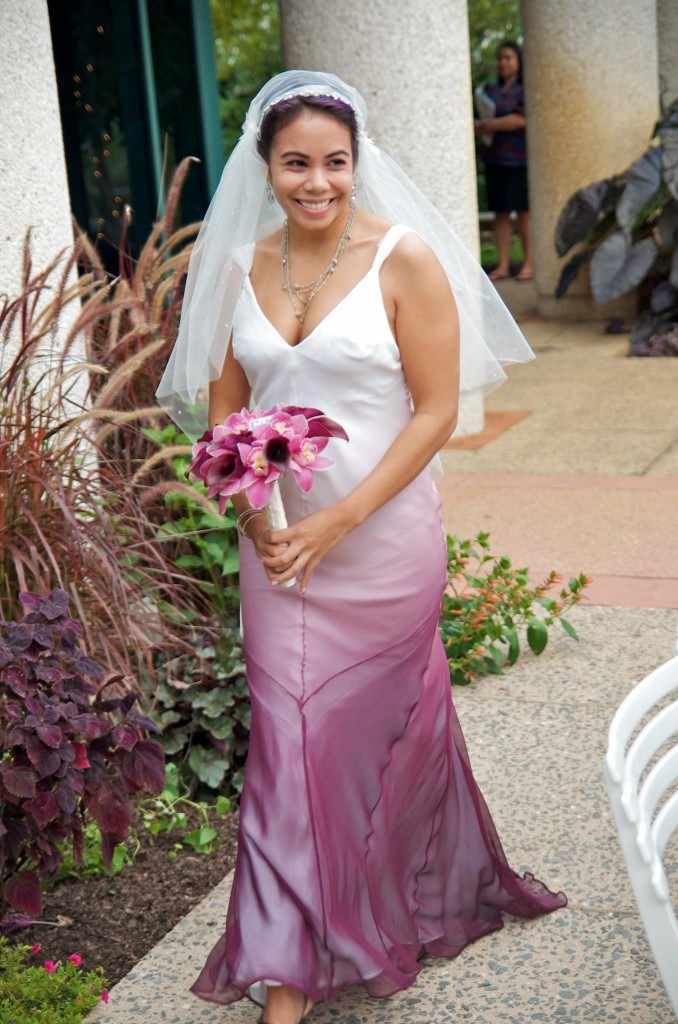 It reminded me of Gwen Stefani’s wedding gown by John Galliano, but I prefer Vyque’s color and streamlined silhouette. 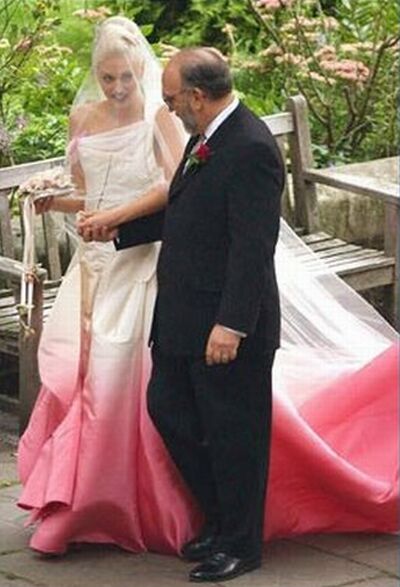 I appreciated the way the wedding cake matched the dress. 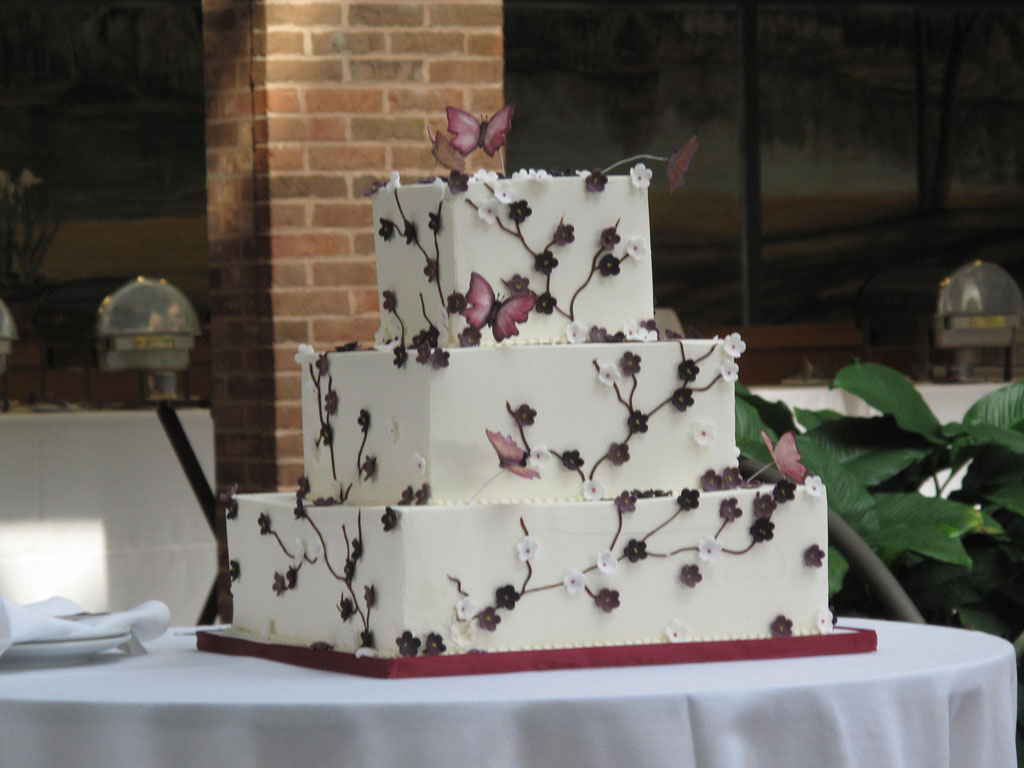 Fabulush New York blogger Midtown Girl was also in attendance. She and I diligently tweeted the wedding. So did Vyque, judging from this photo. 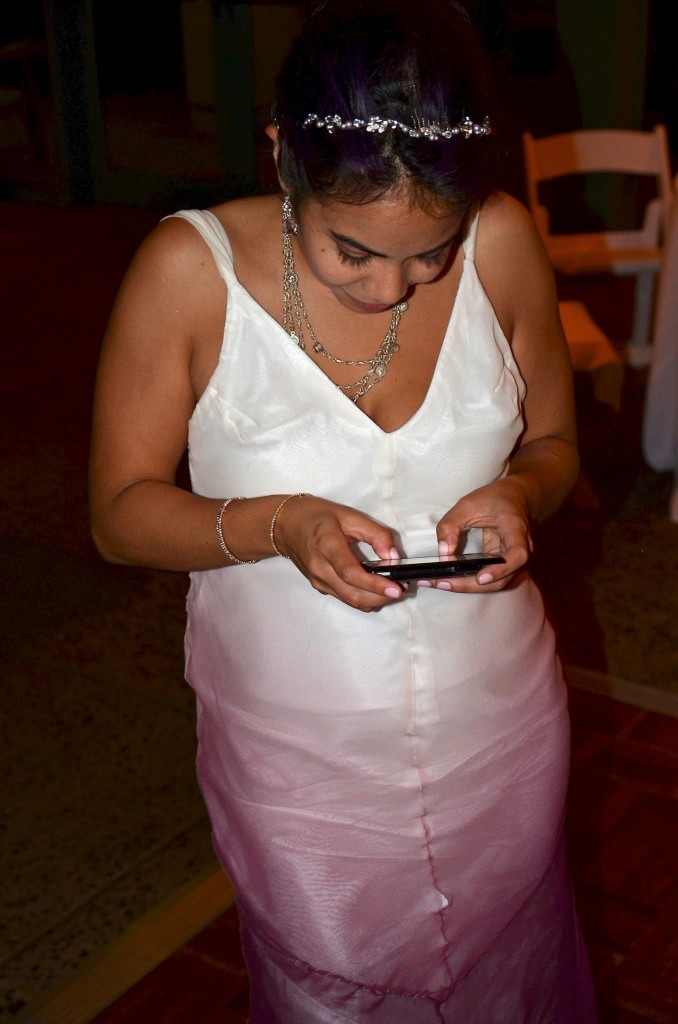 I wore a strapless pinkish-lavender Zang Toi dress that has become my official cool-weather wedding-guest dress. I was happy that I matched Vyque’s color scheme, just like the cake. 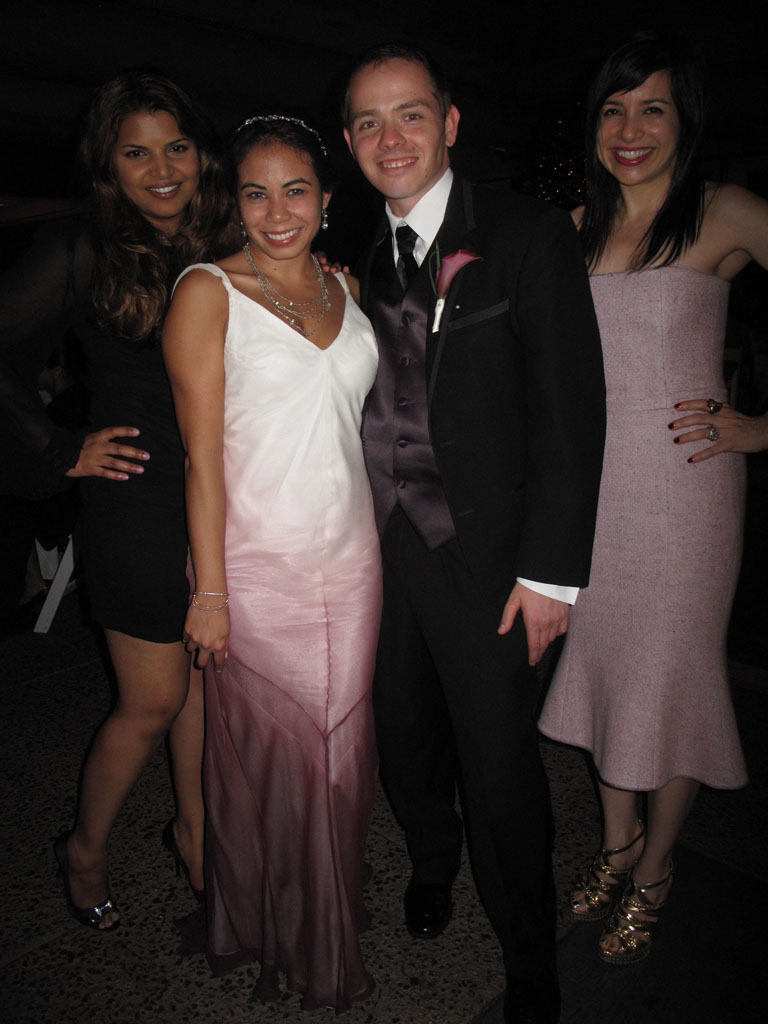 I enjoy wedding ceremonies that are conducted by friends of the couple. It’s easy to get ordained online. One of my stepdaughters — I have three — had her ceremony conducted by a magician friend. I guess magicians are good at these things because Vyque’s ordained friend was a magician … not to mention her ex-boyfriend from college! How civilized! His remarks included references to Clint Eastwood and Bill and Ted (“Be excellent to each other.”). Her sister’s toast later included a quote from Mal Reynolds, a character from the sci-fi television series Firefly. Love it! The bride and groom wrote their own vows. You can read those here.

While many states accept Interweb-ordained ministers as the real deal, Virginia isn’t very sporting about it, so Mr. and Mrs. Vyque had a secret ceremony before the big fiesta. Click here to see what Vyque wore for that occasion.

Congrats to Vyque and Curtis!