Does anyone else miss t.A.T.u, the Russian pop duo who posed as lesbians, dressed like schoolgirls and made out on stage? 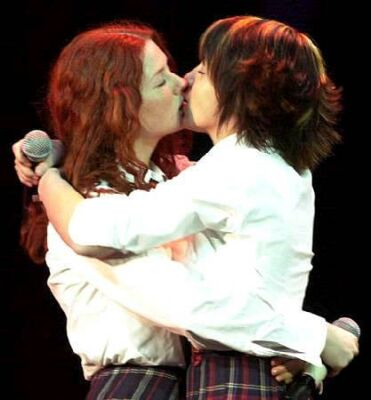 No? I’m the only one? Fine! I’m not ashamed. I still listen to their two songs once in a while. I fondly remember their underwear-filled performance at the 2003 MTV Movie Awards. I bet P. Diddy does too.

You might also like
What Wendy Would Have Worn to the Met Gala: W.O.W. Style
Free Association
One of My Favorite Songs About Murderers
Previous Post: « Don’t Let the Door Hit You on Your Way Out, John Galliano!
Next Post: My Black Swan Ring on TV and Other Mentions »