Whenever I photograph a purse, I try to get one of the dogs to pose with it. 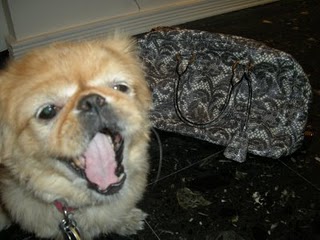 Henry the dog was bored by this lace-print Prada bag in 2008. 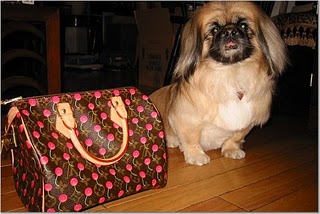 Gigi the dog lurked near a Louis Vuitton in 2005. 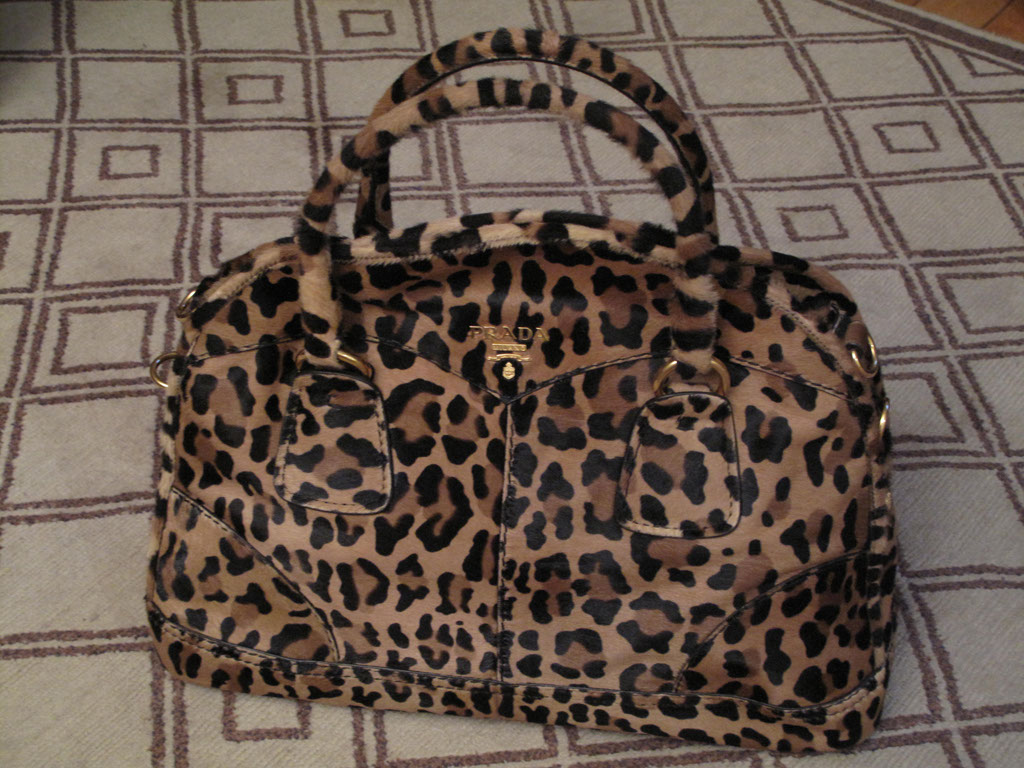 MrB picked this out all by himself.

… that it required the presence of both dogs! 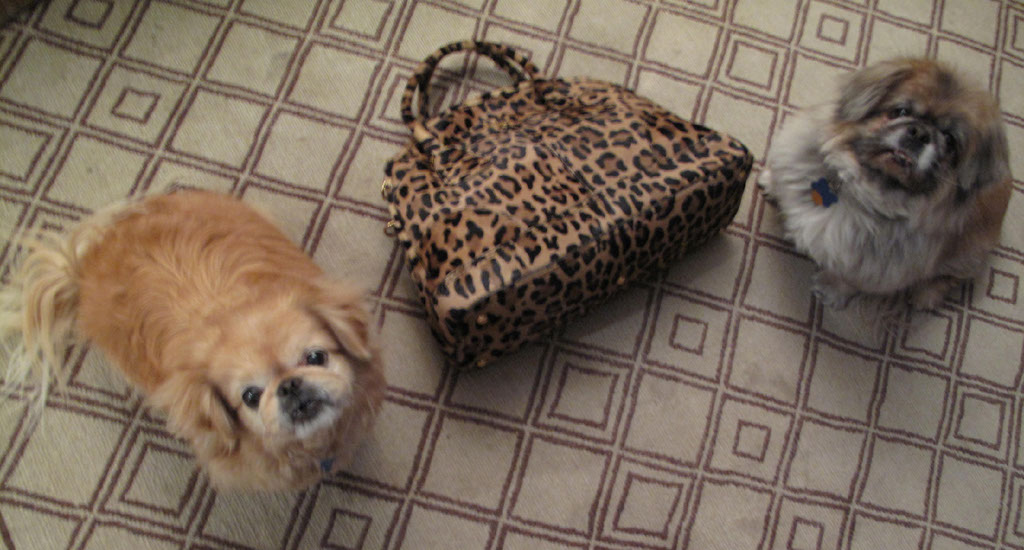 It was tough to wrangle the two of them into the picture.

I was impressed that MrB was brave enough to manage another solo handbag-shopping trip. After he surprised me with a bag in 2010, he exclaimed, “There were so many options! How does anyone ever decide?” This time was easier, though, because he knows he can’t go wrong with leopard print.

The two-dog photo reminds me of the band Three Dog Night. The band’s name comes from reports of an indigenous Australian custom of sleeping with a dog on cold nights. Colder nights required two dogs. The coldest nights were “three dog nights.”  I love Three Dog Night’s cover of Harry Nilsson’s song “One” just as much now as I did when I was a kid. I’m a fan of their style too. Shiny shirts, long hair and mustaches are like leopard print — you can’t go wrong!

You might also like
Coachella 2018, Day 2: Lion Babe, Cardi B, Eminem
Fringe and Ruffles on Etsy
Donald Brooks Dress Debut
Previous Post: « A Tip of the Hat to Philip Treacy
Next Post: Now You See Me, Now You Don’t »