WTF! If she’s not your kid, why are you so upset? Personally, I’m not alarmed by a style that first épater‘d la bourgeoisie over three decades ago. I just see it as a great vintage-inspired look. Here are a few of my favorite bad girls/punk style icons from the ’70s — I’m sticking to the women because you already know how much I adore their sex-ay male contemporary, Adam Ant. All of these gals have a Vivienne Westwood/Sex Pistols/Malcolm McLaren connection (those peeps created quite the scene). Like Taylor, most of these gals adopted their outrageous, parent-distressing looks when they were in their teens. Click the photos for more information, video clips and photo sources.

Siouxsie came to attention as a member of the Bromley Contingent, a group of teens that followed the Sex Pistols. She first performed at a punk festival organized by Pistols manager McLaren. 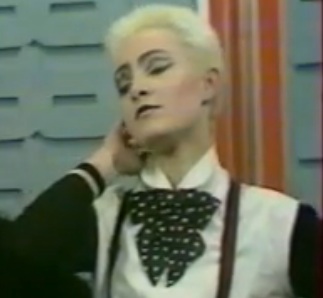 19-year-old Siouxsie accompanied the Sex Pistols to the Bill Grundy show in 1976. 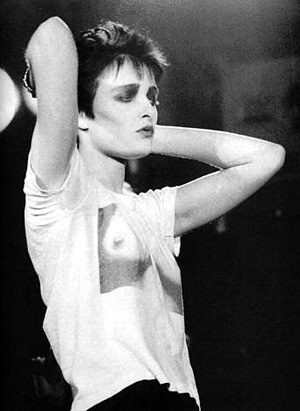 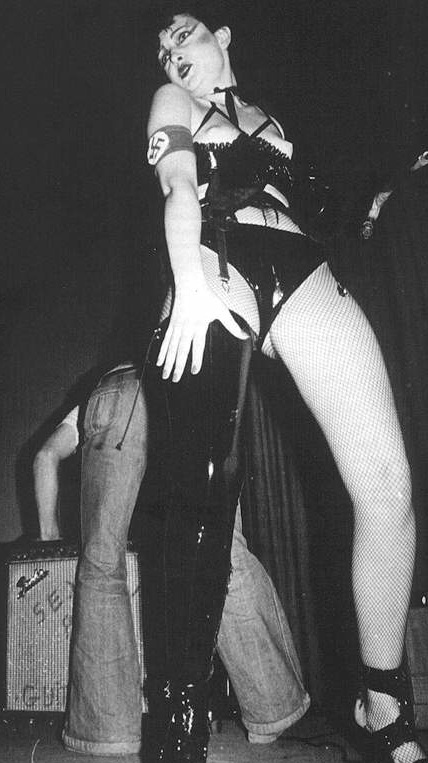 Siouxsie topless, in fetish-wear and a swastika. Click for my previous post on Nazi symbols and '70s punk. 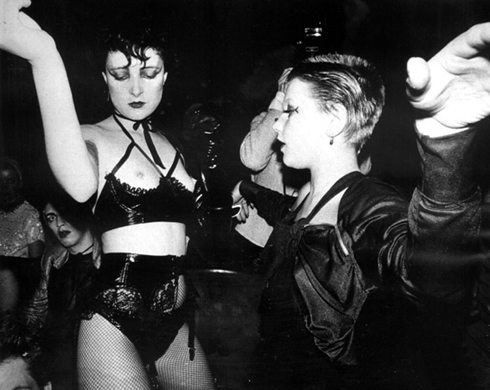 Annabella was discovered at age 14 by McLaren or one of his employees at the dry cleaner where she worked. 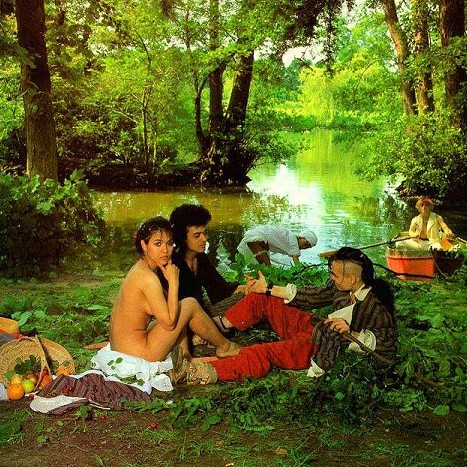 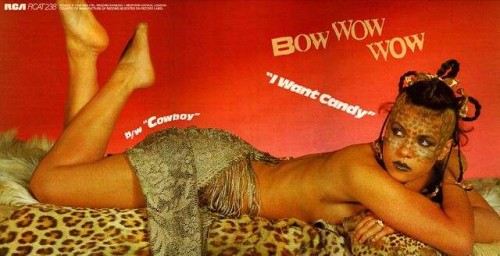 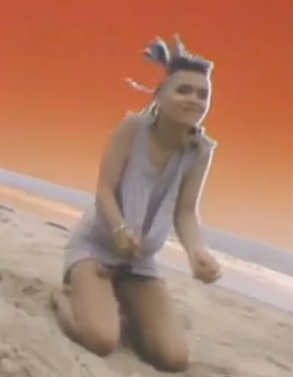 ...when she wasn't going bottomless. I've always wanted this t-shirt from the I Want Candy video. 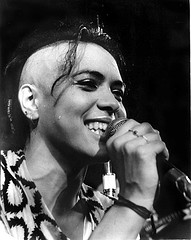 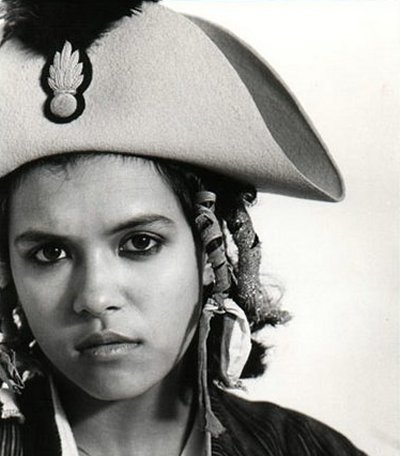 Pamela Rooke changed her name to Jordan at age 14. By 18, she was working at Westwood and McLaren’s boutique, called Sex, and inspiring the Pistols with her safety-pinned t-shirts. 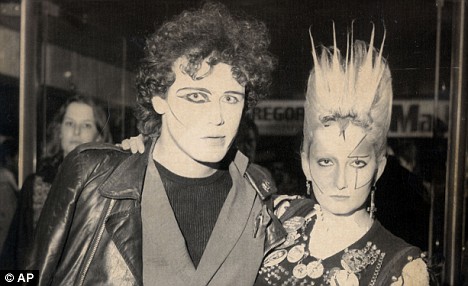 Jordan outside the store. 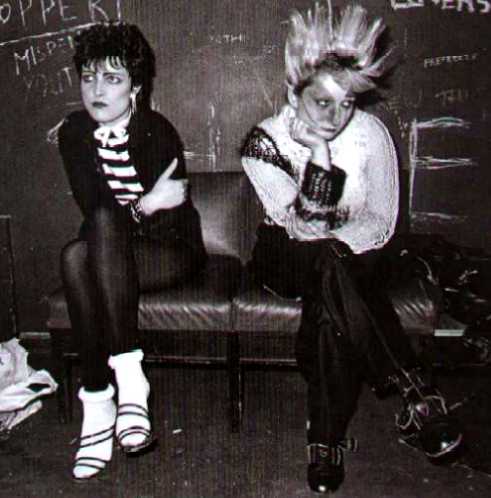 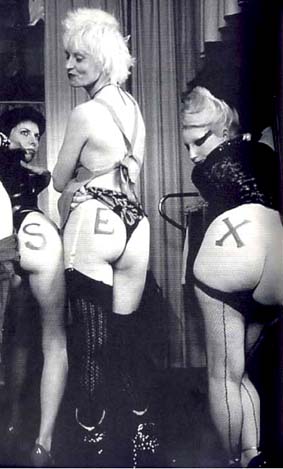 Ari Up formed her band The Slits in 1976 when she was just 14.  Three years later, she and her bandmates posed in loincloths and mud for the cover of their album Cut. 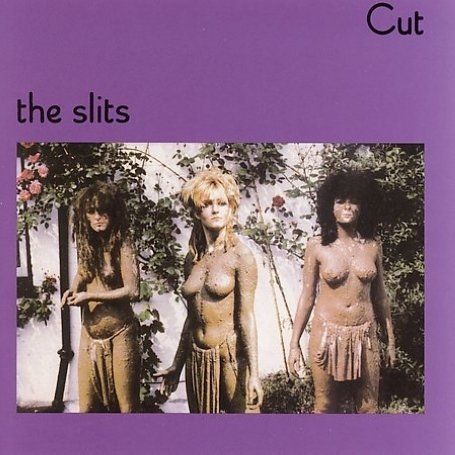 Johnny Rotten (aka John Lydon) became Ari’s stepfather when he married her mother Nora in 1979. Here’s an interview she did about Siouxsie and the punk scene. Tragically, Ari died this October 20 at age 48 from cancer.

Soo is my latest obsession. She was part of the Pistols scene, though not a member of the Bromley Contingent.  She was a mature 21 at the time she shared a flat with Pistols bass player Sid Vicious. She had her signature haircut created at a barber shop under her guidance. 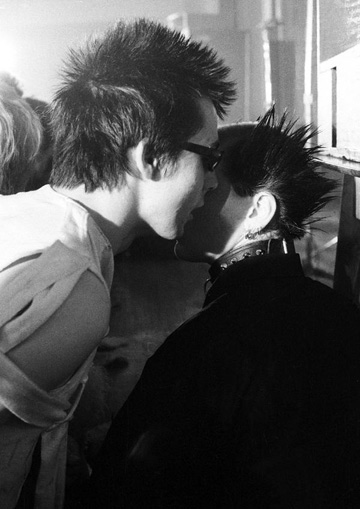 Sex Pistol Sid Vicious gets close to Soo in 1976. Photo by Ian Dickson, from Soo's website. 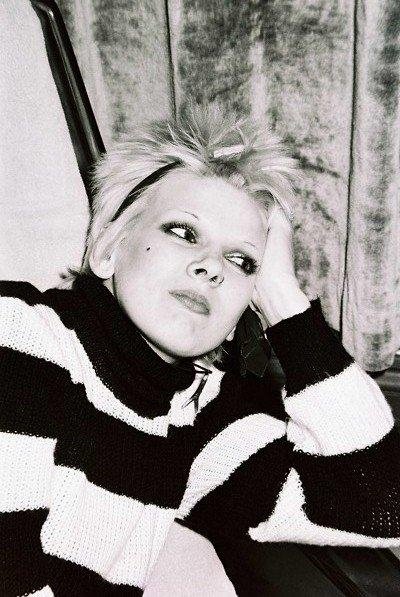 Nowadays, Soo’s son, Shem, and daughter, Dion, have a band called Good Weather Girl. They should invite Taylor’s band, The Pretty Reckless, to play with them. But first, Taylor needs to step up her hair game and get rid of those Hollywood-style extensions. Time for a Mohawk, girl!

You might also like
Throwback Musical Fashions From the Jacksons ... and Rihanna?
Musical Interlude: Taylor Swift, Nicki Minaj and Miley Cyrus
My Best Dressed at the 2018 Grammys Is ...
Previous Post: « What Wendy Wore: Happy Halloween From Adam Ant
Next Post: What Wendy Wore: Woozy Times at Knight-Bagehot »